Scotsman Gary Mulgrew had an international finance career in Britain, the USA, Canada and Australia, until he was arrested for fraud, extradited to Texas, and incarcerated in one of America’s toughest prisons. Released in 2010, and now a successful businessman, he tells his story in Gang of One (Hodder & Stoughton, ISBN: 978-1-444-73790-5).

Dr Craig Rodger is Associate Professor, Physics, at the University of Otago, and joint principal investigator of the Antarctic-Arctic Radiation-belt (Dynamic) Deposition VLF Atmospheric Research Konsortium (AARDDVARK). He was part of the team that managed to document the largest known recorded solar flares in 2003.

Leonard Bell lectures in art history at the University of Auckland, and is the author of several books. He is the co-editor, with historian Diana Morrow, of Jewish Lives in New Zealand (Godwit, ISBN: 978-1-86962-173-5), the first authoritative history of the impact of Jewish settlers on New Zealand since the 1840s. 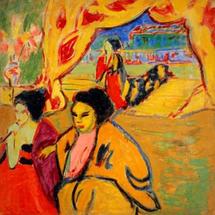 Mary Kisler is the Senior Curator, Mackelvie Collection, International Art, at the Auckland Art Gallery Toi o Tamaki. She will discuss the Degas to Dali exhibition, featuring masters from the National Galleries of Scotland, currently exhibiting at the Auckland Art Gallery (to 10 June). Images under discussion are available for view in the Art on Saturday Morning gallery.

Simon Bennett is a drama director and producer with extensive stage and screen experience. As well as being a founder of Wellington's BATS Theatre, Simon has directed Shakespeare, Sondheim musicals and New Zealand plays throughout the country. His screen experience includes directing episodes of long-running television successes Shortland Street (which he produced from 1997 to 2000) and Outrageous Fortune, as well as directing the feature film Sione's 2: Unfinished Business, which screened here in January and opened in Australia this month. Simon is the producer and a director of comedy-drama The Almighty Johnsons, about four New Zealand brothers who are Norse gods; the second series is currently screening on TV3.

Scottish actress Blythe Duff is best known for her role as Jackie Reid in the television drama Taggart. She is in the cast of Beautiful Burnout, a co-production from Frantic Assembly and the National Theatre of Scotland that explores boxing culture. It is currently playing at the 2012 New Zealand International Arts Festival (to 18 March).

Bobby Womack: Please Forgive My Heart
From the forthcoming album: The Bravest Man in the Universe
(XL)
Played at around 9:40

Robert Westenberg and Chuck Wagner: Agony (Reprise)
From the 1987 original cast recording: Into the Woods
(RCA)
Played at around 10:50