New Zealand entrepreneur Derek Handley co-founded mobile marketing and media company The Hyperfactory, which when he sold it in 2010 was the largest independent mobile advertising and marketing agency in the world. He is the co-founder and chairman of mobile advertising business Snakk Media, and an investor in Booktrack, a company that has created the idea of soundtracks for books. Last year he was named one of 125 World Class New Zealanders and a Sir Peter Blake Trust Emerging Leader, following many other awards over recent years. Derek is in New Zealand to speak at Webstock 2012.

Yvonne Shaw holds a Masters degree in Public Administration and is the former Director of Administration for Compassion & Choices of Oregon. Compassion of Oregon assists those with a terminal illness in achieving a death that reflects their values and beliefs, including the use of physician aid in dying through Oregon's Death With Dignity law. Yvonne is visiting New Zealand as a guest of the Voluntary Euthanasia Society of New Zealand, for a series of meetings and public lectures (Wellington on 25 February, Christchurch 5 March, and Napier 21 March).

Mary Kisler is the Senior Curator, Mackelvie Collection, International Art, at the Auckland Art Gallery Toi o Tamaki. She will discuss the exhibition, Renaissance: 15th and 16th Century Italian Paintings from the Accademia Carrara, Bergamo, showing at the National Gallery of Australia, Canberra (to 10 April). Images under discussion are available for view by clicking on this Art on Saturday Morning link. 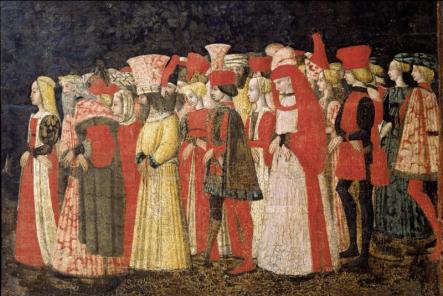 Lisa Walker is a Wellington jeweller, artist and designer who has studied and worked in Munich since 1995, returning to New Zealand in 2010 after winning the prestigious Françoise van den Bosch Award. Her work features in Pepeha, an exhibition at Bartley and Company Art that also features the work of Sofia Tekela-Smith and Areta Wilkinson (to 25 February). Her giant brooch clip will show in The Obstinate Object: Contemporary New Zealand Sculpture, at the City Gallery (24 February to 10 June).

Choreographer and composer Hofesh Shechter is an Associate Artist of Sadler’s Wells, and his Hofesh Shechter Company is Resident Company at Brighton Dome. He worked in Israel and Europe before moving to the UK, where his first full-length work, Political Mother, premiered in 2010, before touring worldwide. It will play at the 2012 New Zealand International Arts Festival from 8-11 March.

Kath Irvine has spent years teaching permaculture and gardening to schools and community groups. Her Edible Backyard workshops, run from her garden in Ohau, teach how to grow food and create edible backyards. She will talk about preparing crops and creating robust gardens for the autumn.

The New Zealand Symphony Orchestra: excerpt from In the South
(Booktrack recording to the Salman Rushdie short story)
Played at around 9:05
Composer: John Psathas

Francois & the Atlas Mountains: Les Plus Beaux
From the 2011 album : E Volo Love
(Domino)
Played at around 9:45