Is Queen's Birthday a doomed holiday? If so, it wouldn't be the first time that days marking our ties to Britain have vanished from the calendar. Massey University history professor Peter Lineham explains the forgotten history of Empire Day and Dominion Day.

Last month the US was rocked by a racist outburst from billionaire basketball businessman Donald Sterling. What happened next? One month on, San Francisco radio host Brian Murphy updates us on that, how Sterling's not the only owner with extreme views – and why NFL cheerleaders are suing their owners.

A look back at how writer James Frey wrote a top-selling memoir which captured America's readers and even captivated Oprah Winfrey. But his tale turned out to be more fiction than fact.

Best-selling author Amy Dickinson's Ask Amy advice column is syndicated in more than 150 papers an estimated 22 million people pore over her advice to desperate correspondents. So no pressure, then. How does the successor to the late great Ann Landers approach the task? Amy Dickinson's 'Sad Sister' column.

Zac is the writer of two financial and self-help books and at 24 (and barely of out college) he released his third Good Advice from Bad People; Selected Wisdom from Murderers, Stock Swindlers, and Lance Armstrong, which tells us why we should be wary of the books written by big names who promise that their words will improve your life.

The football World Cup's about to start and the Olymmpics in Rio are just two years away. The spotlight's on Brazil like never before -- and it's not all samba, sun, carnival and the Copocabana. We get a Kiwi perspective on modern Brazil from William Wattie, formerly NZ's trade commissioner in Brazil - and a selection of contemporary Brazilian music you won't have heard before.

English journalist Tim Vickery lived in Rio De Janiero. He tells us about how much the World Cup means to the country, how it influences society and politics, and which player could be Brazil's public enemy number one when its all over. And after living there for twenty years, would he turn out for Brazil or England if he got a call-up?

Queen's Birthday has been the long weekend of choice for punk rock to congegrate for a bit of anti-establishment action. Some saw the punks as the outcasts of society, while others feel it was the start of a significant youth culture movement. We look at where it all began, and if there's any truth in the old joke: punk's not dead – it just smells funny.

11:40 From here to there - punk in New Zealand and modern day China

From 1970s London, punk spread round the UK, Europe, the US, and eventually, to New Zealand. Nick Swan is a founding member of political punk groups Life in the Fridge Exists and Riot 111 and John Lake is a photographer with an online history of the movement and who's just been to China to see how punks putting down roots there.

Gallery: Up The Punks in Beijing 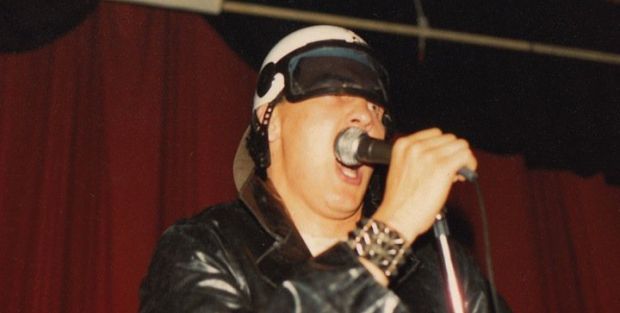