Our Changing World producer Alison Ballance dons her extreme cold weather clothing for a trip to Antarctica – however, she soon discovers that it’s all very well to be dressed and ready to go, but getting to the frozen continent can have its logistical challenges. 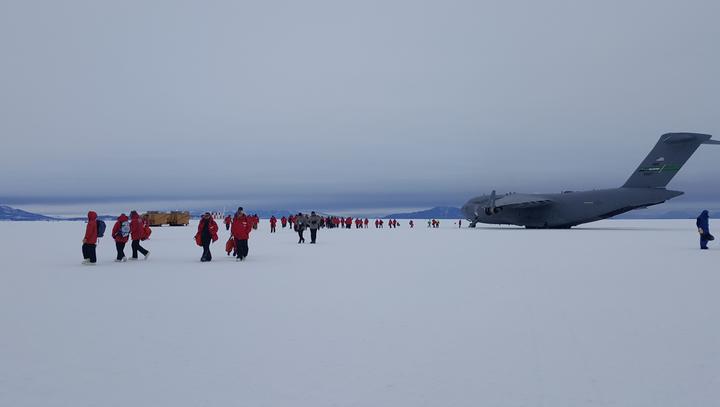 A US Airforce C17 Globemaster on the Phoenix airfield near Scott Base and McMurdo Station on the Ross ice shelf. Photo: RNZ / Alison Ballance

I got the opportunity to travel to Antarctica as part of Antarctica New Zealand’s community engagement programme.

In the 2019-2020 season they supported 18 science projects, ranging from microbes on Mount Erebus to climate change research, with about a hundred scientists involved, from New Zealand and from overseas.

Logistical support includes travel to and from the ice, accommodation - either at Scott Base or in a field camp – as well as a full kit of clothing to cope with sub-zero conditions. 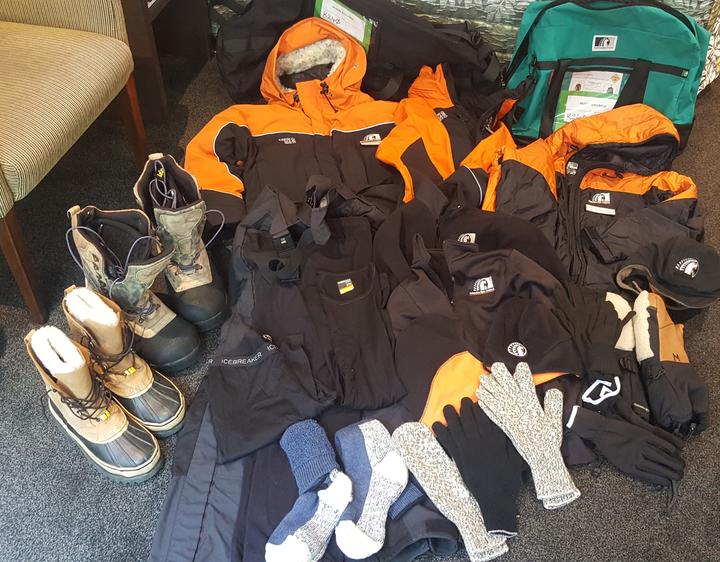 Antarctica New Zealand manages Scott Base, which is situated on the southern tip of Ross Island, in the Ross Sea sector of western Antarctica. The base is just a few kilometres away from the largest base in Antarctica, the USA’s McMurdo Station.

Antarctica New Zealand and the United States Antarctic Program share flights to and from the Phoenix runway, which is a permanent year-round runway located on the Ross ice shelf, not far from Scott Base. 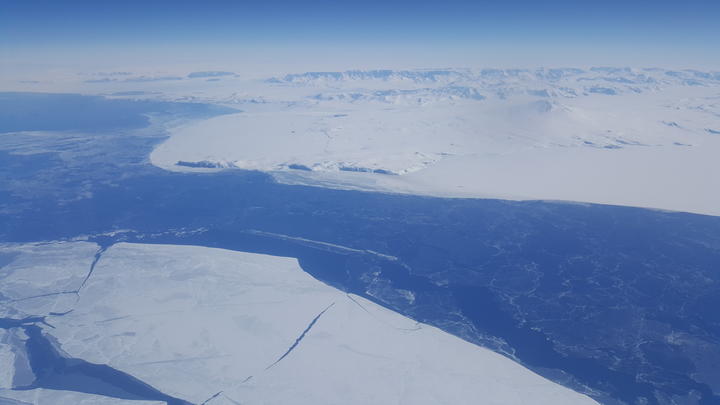 A C17 Globemaster plane has only four very small windows, but Alison Ballance managed to snap a photo of the Transantarctic Mountains on her way to Scott Base in Antarctica. Photo: RNZ / Alison Ballance

The US Air Force flies C17 Globemasters, and both New Zealand and the US also fly Hercules to the ice.

The C17 is a wide-bodied cargo plane with a payload of 100,000 pounds. It can carry up to 130 people, or cargo such as large machinery and helicopters. 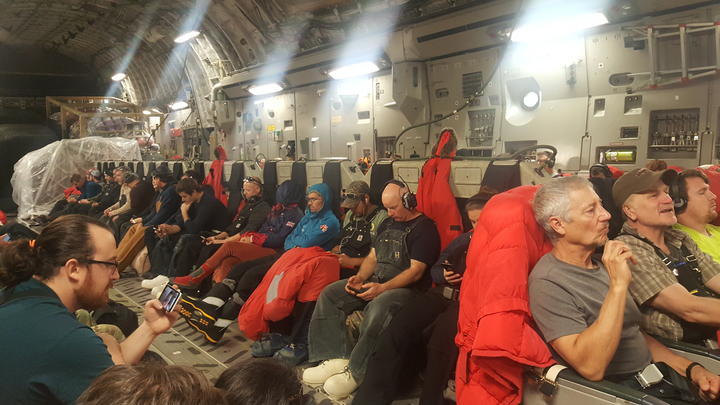 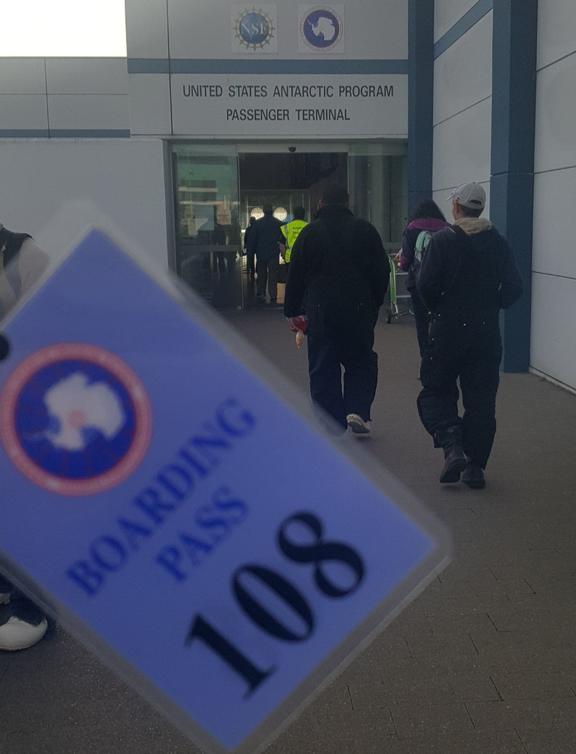 After a week's delay due to mechanical issues with the C17 Globemaster plane, Alison Ballance finally starts the boarding process to head to Antarctica. Photo: RNZ / Alison Ballance

Antarctica New Zealand logistics co-ordinator Paul Woodgate says travelling to Antarctica is not like normal air travel, and that the “Antarctic factor” means delays are not uncommon.

Weather is the most common reason that flights are delayed. If weather conditions change while a plane is en route it may have to ‘boomerang’ and return to New Zealand.

Mechanical faults with the C17s were an issue in the 2019-2020 summer season, and I experienced a delay of a week getting to the ice for my visit. The longest delay that Paul has had to deal with was 16 days.

Listen to part 1 of Voices from Antarctica to find out more about getting to Antarctica, about extreme cold weather clothing and to get an insight into the world’s largest annual natural phenomenon: the 20 million square kilometres of sea ice that forms around the continent each winter.

Voices from Antarctica - the complete series