Our Changing World for Thursday 11 April 2013

The Plight of Long-finned Eels

Longfin eels may not be our most charismatic native species, but they exist only in New Zealand and they are in trouble.

Next week, the Parliamentary Commissioner for the Environment, Jan Wright, will release a report in which she highlights three main causes that have contributed to a decline in long-finned eel numbers: deteriorating water quality, barriers to their annual migration and commercial fishing. She is expected to call for a moratorium on the fishery and recommend changes to the management of waterways to stop longfins from becoming fuctionally extinct.

Of the three species of freshwater eel found in New Zealand, the long-finned eel, Anguilla dieffenbachii, is the only one that is endemic, i.e. found only in our rivers and streams. Longfins are also the largest of all eel species and the only eel in the world whose precise breeding ground remains a mystery.

Longfins spend most of their lives, sometimes 80 years or more, in freshwater. They spawn once, at the end of their life, after migrating thousands of kilometres north towards Tonga and transforming their entire body for this final act of reproduction.

In this feature, Jan Wright outlines why she thinks that long-finned eels may have already begun their path to extinction. NIWA freshwater fisheries scientist Don Jellyman, who has dedicated his career to studying eels, discusses his efforts to track migrating females and his ongoing, but so far fruitless, search for larval stages in the ocean. Pataka Moore, a lecturer in environmental sciences at the Wananga o Raukawa, explores the cultural siginificance of eels, or tuna, and Massey University freshwater ecologist and member of Manaaki Tuna, Mike Joy, lends his support for a moratorium on commercial harvests. 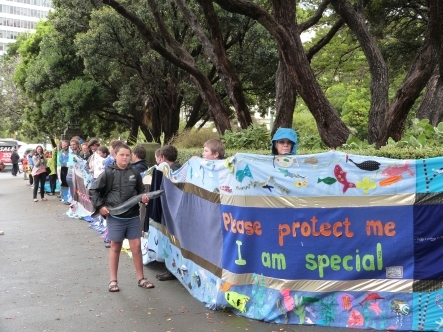 Children have contributed to an eel-inspired tapestry which was presented to Parliament last month, together with a 10,000-signature petition calling for a ban on the commercial eel fishery. 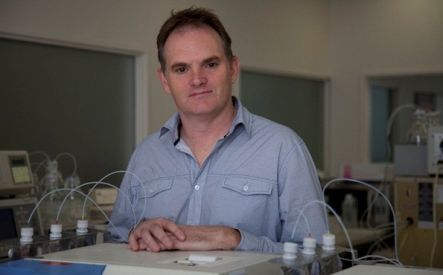 We’ve all heard that eating foods containing antioxidants is good for you, but there are some vegetables which lead to the body making its own antioxidants.

Isothiocyanates are compounds found in cruciferous plants such as broccoli, wasabi and watercress. The bitter taste and the pungent odours of these plants are due to these isothiocyanates. The plants make them as deterrents to ward of insect pests.

Mark Hampton (above) from the University of Otago, Christchurch is trying to determine how these endogenous antioxidants work. In particular, he’s interested in peroxiredoxin, antioxidant proteins that remove peroxides from the body but which are also thought to act as sensors, letting the cell know it is under oxidative stress.

His team has discovered that high doses of isothiocyanates cause damage to cells, triggering a cell suicide programme called apoptosis, even in cancerous cells which are resistant to other cancer drugs. It seems that the isothiocynates are compromising the peroxiredoxins, making the cells much more vulnerable to being killed. One particular protein (called macrophage migration inhibitory factor or MIF) has been found to react with the isothiocynates. By using knowledge of the structure of MIF and how MIF interacts with the isothiocynates, it is hoped these compounds can be manipulated to treat or prevent diseases like cancer.

Ruth Beran speaks with Mark Hampton and Emma Spencer about endogenous antioxidants in the lab. 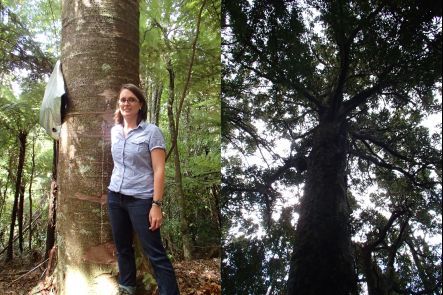 Cate Macinnis-Ng stands next to one of the kauri trees in her study area at Huapai who's water use, sap flow and carbon storage is being measured (images: A. Ballance)

In a warming world it’s predicted that northern New Zealand will experience rising temperatures and more frequent extreme events such as severe drought. So what will that mean for our native trees, and how will they cope?

Cate Macinnis-Ng is a research fellow in the School of Environment at the University of Auckland. With the help of a Marsden Fund Fast-Start grant, she’s looking at how giant kauri use water and store carbon. She is particularly interested in kauri, as there is international interest in understanding how large trees, such as kauri, work and function physiologically. Once the project is up and running fully she will also investigate tanekaha and totara.

Alison Ballance meets Cate at her study site, an area of native forest at Huapai in West Auckland. Cate is looking at carbon flux in collaboration with Luitgard Schwendenmann from the University of Auckland, and at soil moisture and water use by kauri with Mike Clearwater from Waikato University.