Our Changing World for Thursday 4 April 2013 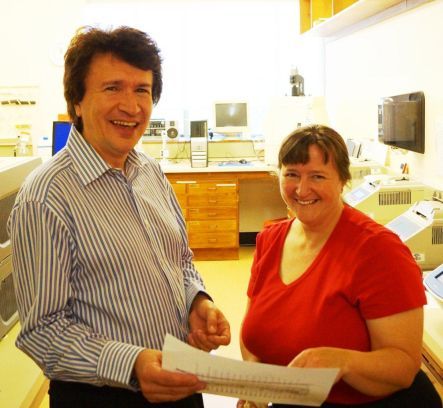 Stephen On (left) and Angela Cornelius (right) from the Institute of Environmental Science and Research (ESR) have developed new technology to track the causes of outbreaks of the foodborne bacterium Campylobacter within hours. The new test means that if several people get sick at the same time, ESR can tell if they have picked up the same strain of Campylobacter from a common source and prevent others from getting sick.

Campylobacter causes serious illness with symptoms including diarrhoea, abdominal pain, fever, headache and vomiting and in 2006, New Zealand had the highest rater per capita of campylobacteriosis in the world.

The new system called M-BiT is a type of “DNA fingerprinting” allowing scientists to see each individual strain of the bacterium as a “barcode”. Each strain has its own unique pattern, allowing it to be identified and tracked back to a common source. In the past, it would have taken up to 3 to 5 days to link an outbreak to its source.

ESR is now trialling the M-BiT technology on other foodborne bacteria such as E. coli.

Paul Millar introduces the University of Canterbury’s CEISMIC Canterbury Earthquake Digital Archive. This open-source initiative brings together a number of organisations that collect material relating to the Canterbury earthquakes to record the social side of their impact and the process of recovery. 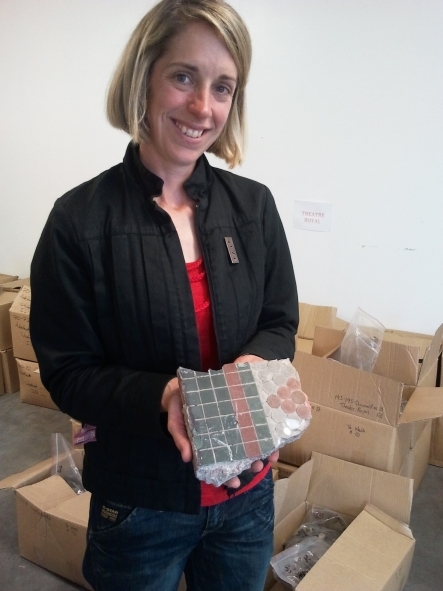 Katharine Watson, the director of Underground Overground Archaeology, with some of the artefacts her team unearthed from the foundations of the Theatre Royal, in image below (images: V Meduna)

As Christchurch is rebuilding, archaeologists have been called in to photograph and document earthquake-damaged buildings and what lay beneath them. More than 700 buildings have been damaged beyond repair in the central city alone and had to be demolished.

Underneath some of them, archaeologists have uncovered fragments of items that were in use during the city’s early days. Among the many artefacts were various ceramic bottles, fragments of a clay pipe, a pot of ointment for gout and various medicine bottles, including one that contained a cocaine-based anaesthetic product used in dental procedures from the late 1880s.

In this interview, Katharine Watson, the director of Underground Overground Archaeology, explains what her team found underneath the foundations of Christchurch's Theatre Royal, where one of the more unusual finds included an earthenware crucible used by gold prospectors to separate metals. 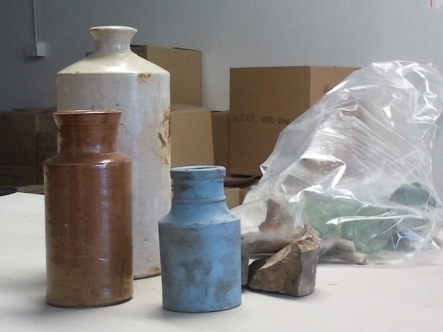 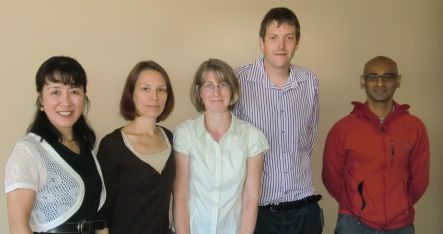 At the Institute of Environmental Science and Research Ltd (ESR), Liping Pang and her collaborators are developing pathogen surrogates (or mimics) to understand how disease-causing agents such as Cryptosporidium, rotavirus and adenovirus travel through, and contaminate, groundwater aquifers and sand filters used in water treatment.

The surrogates are made of latex or silica beads coated with selected proteins, tagged with dye or DNA for easy detection. The surrogates mimic a target pathogen’s size, surface charge, density, shape and to some extent its surface protein coat.

Pathogens such as Cryptosporidium, rotavirus and adenovirus come from faecal materials of infected animals and humans, and are highly infectious, causing serious gastrointestinal diseases. As such, the actual pathogens cannot be added to water to determine how effective a sand filter is. In the future, once the approach is validated, surrogates could be used in the pilot plants with testing only taking a few minutes per sample. So far, laboratory studies have been conducted which show that removal of Cryptosporidium surrogates in porous media achieves a similar reduction as the protozoan itself. In contrast, unmodified beads showed that the concentrations differed by 1-order of magnitude.

Each autumn godwits and other Arctic wading birds head north from New Zealand back to their breeding grounds in Alaska and Siberia. They begin departing in early march and by mid April only a few juveniles birds that will overwinter remain here along with resident shorebirds such as wrybills.

The migratory shorebirds arrive in New Zealand each spring to feed on rich mudflats in estuaries and harbours around the country, but one of the top places to see them is Miranda, on the Firth of Thames. Keith Woodley is long-time manager at the Miranda Shorebird Centre, and Alison Ballance joins him at the centre’s viewing hide for a spot of late afternoon high-tide wader watching.

View from the bird hide at high tide, with hundreds of shorebirds scattered across the white shell bank and the mudflats (image: A. Ballance)