Our Changing World for Thursday 28 March 2013

Do you ever have troubles hearing people speak in a noisy restaurant or pub?  Imagine how much harder it is for people who wear hearing aids. In fact, many people with hearing loss say that functioning in a noisy environment is the worst aspect of their disability.

Don Sinex from the University of Canterbury is working on systems to separate speech from background noise, which may one day be used to improve hearing aids. He shows Ruth Beran how he collects data in an experiment.

Some of the sentences used in his experiments, which test both people with normal hearing and those with hearing loss, are available to listen to below. The sentences have no added noise, or have been treated with random noise, or with an ideal binary mask, where mathematical computation has extracted the target speech. As yet, the systems developed to extract speech from noise are not sufficiently advanced to work in real situations where the signal to noise ratio is unknown, but that is the ultimate goal. 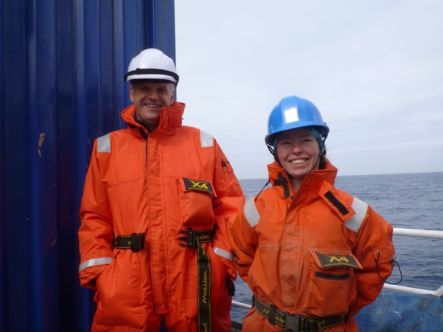 In 2010, the tip of Antarctica's Mertz Glacier was rammed by a huge iceberg, causing much of its tongue to break away. An international team of oceanographers were keen to work out what impact this massive change to the glacier is having on the surrounding ocean. 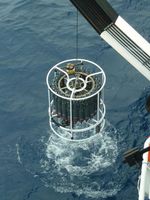 This region is one of three unique places around Antarctica which control the properties of the deep ocean, and the breaking ice tongue could have wider implications for global ocean circulation. NIWA was part of a NZ-French-Australian expedition onboard the Tangaroa which set out to monitor any changes in the ocean, with the help of a suite of underwater cameras, moorings and sensors, such as the conductivity, temperature and depth, or CTD, sensor seen on the right.

The main aim of this voyage was to understand how the changes to the glacier tongue have changed the Mertz polynya. Polynyas are kept free of sea ice by strong katabatic winds that sweep down from the Polar Plateau and constantly blow away any ice that tries to form. The formation of sea ice creates heavier, saltier water, which then sinks to the bottom.

In the Mertz polynya region the seafloor is like a bowl under the ocean, catching all this salt. Then that basin overflows down into the deep ocean, a bit like a dam overflowing after heavy rain. This heavy, salty water, called Antarctic bottom water, is the densest in the ocean, so it spreads to fill the bottom of the global ocean. This means it has a significant influence on global ocean circulation.

This summer, sea ice conditions were such that the Tangaroa could not reach the polynya. Expedition leaders Mike Williams and Helen Bostock, who are both at NIWA, explain how they adjusted their plans to collect as much data as possible. You can also read the expedition blog. 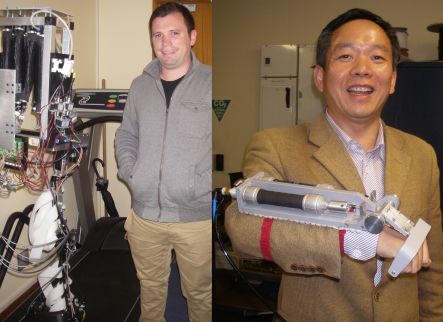 Mechatronics is multi-disciplinary engineering. Originally combining mechanical and electronical engineering – hence the name – computer engineering now plays a significant role as well. An example of a mechatronics system is an industrial robot. Shengquan (Shane) Xie heads the Medical and Rehabilitation Robotics Research Group in the Department of Mechanical Engineering at the University of Auckland.

Research fellow Andrew McDaid uses mechatronics to design wearable medical devices that can assist in gait rehabilitation for people who have had a stroke or who have incomplete spinal cord injuries. He has developed the prototype of a leg rehabilitation exoskeleton that uses air muscles to move the device, and he hopes to have it in clinical trials within a few months.

PhD student James Pau is developing a neuromuscular interface that intercepts and interprets tiny muscular movements that can be used to move a device. The group is also working on detecting brain signals that have the intention of moving muscles, with the idea that in future these might help control an exoskeleton or even a wheelchair – at the moment the group report they can send a message on a mobile phone without actually touching the phone but by detecting electrical signals from the brain. 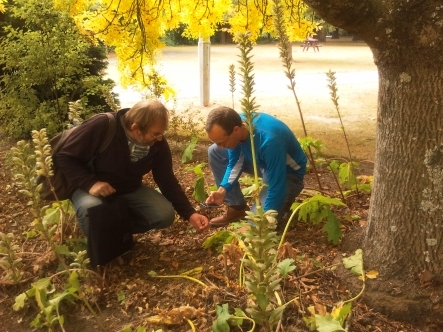 Ecologists at work: Colin Meurk, at left, from Landcare Research and Lincoln University's Jon Sullivan are two of the founders and developers of NatureWatch New Zealand (image: V Meduna)

NatureWatch New Zealand is a citizen science project where a love of nature meets the latest open-source technology. Its main portal is a website where anybody can record observations of plants or animals, including the things they leave behind such as footprints or droppings – get help in identifying what they see, and help build a living record of biological diversity.

The project is run by the New Zealand Bio-Recording Network Trust. It began in 2005 with the aim of setting up a prototype of a community nature observation system for New Zealand. Colin Meurk from Landcare Research and Jon Sullivan from Lincoln University were part of a team that first adapted the award-winning Swedish nature observation system, Artportalen, and then a new open-source system, iNaturalist, which makes full use of social media to build an online community. Veronika Meduna joins Colin and Jon during a fieldtrip.