Our Changing World for Thursday 22 November 2012

The Brain and Self-control 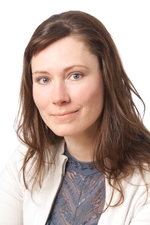 Self-control, or the ability to control impulses and delay gratification, underlies many human behaviours. A longitudinal study, known as the Dunedin study, which has been following 1000 people from birth, recently showed that childhood self-control predicts physical and mental health, the risk of substance dependence, personal finances, and criminal offending in adulthood.

David Bilkey and Kristin Hillman (right), at the University of Otago's psychology department received a Marsden grant this year to examine what happens in the brain when we exercise self-control. The focus is on one of the brain mechanisms involved in self-control, particularly when access to an easily available reward is rejected in favour of a more valuable option that requires effort and patience to attain. Building on earlier research that investigated competitive behaviour, the team is monitoring brain activity in rats as they perform certain tasks that involve decisions between instant and delayed rewards. Preliminary data shows that a communication link between the prefrontal cortex and the hippocampus plays an important role. 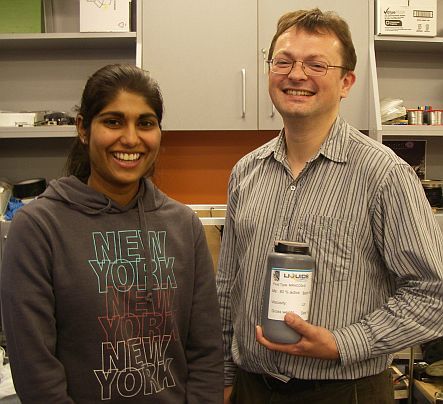 Abby Rajendran and Will Browne. Will is holding a litre of magento-rheological fluid that is 80% iron, and much heavier than you would imagine from the size of the jar (image: A. Ballance)

Stroke rehabilitation is a recurring theme on our show, and tonight we’re hearing about a concept for a stroke hand rehabilitation device that was developed by masters student Abby Rajendran at Victoria University. She was funded by a Tech NZ grant, and her research was carried out in conjunction with the company I'm Able.

Abby and her supervisor Will Browne have been looking at ways to use the magneto-rheological fluid that features in high performance car suspension, and Alison Ballance heads to their lab to find out more about this amazing ‘goop’

Recent graduate Abby Rajendran is one of five finalists in an international engineering speech competition called Present Around the World. She will be presenting her speech in London later tonight on the topic 'Magneto-rheological compliant actuator for stroke rehabilitation.'

You can hear a previous interview about a stroke rehabilitation device being developed in conjunction with I'm Able here. 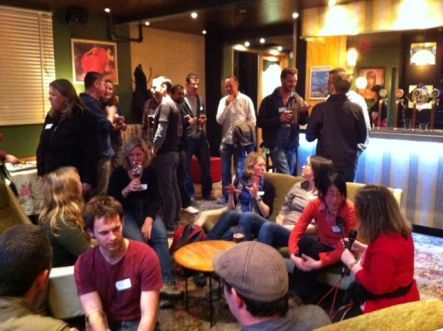 The newly formed Wellington Early- and Mid-career Researchers (Wellington EMCR) group aims to provide a support network and identify and address issues affecting early- and mid-career researchers. The Australian Academy of Science considers an EMCR to be a researcher who is under 15 years post-PhD (or other research higher degree) irrespective of their professional appointment.

In April this year, the New Zealand Association of Scientists held a conference with the theme “Do Emerging Scientists have a Future in New Zealand?” One point identified at the conference was the importance of support networks and organisations for early- and mid-career researchers, which is one of the reasons why this group was formed. To hear a previous story on this conference and emerging scientists, click here.

The group was launched at an event held at the Southern Cross Bar on Tuesday 6 November. It provided an opportunity for emerging researchers to meet others and talk about problems they have experienced, solutions found; and to share advice or horror stories. A common theme discussed on the night was funding, or the lack of it, as well as moving for a partner.

Ruth Beran attended the launch event and spoke with Joe O’Callaghan from NIWA, Janine Copp from Victoria University, Simon Hills from Massey University, Una Ren from ESR, Carlos Lehnebach from Te Papa, Robert Weinkove from the Malaghan Institute, Isabelle Sin from Motu, and Ninya Maubach from the University of Otago.

From left to right: Alan from Science in a Van with his eggnaut, the engines for the rocket, a mixture of gunpowder and chemicals. As the mixture burns through, the resulting thrust should expel the capsule containing the egg from the top of the rocket, and the finished items, ready to fly.

With the launch of the Curiosity Rover and its successful landing on Mars, a new wave of enthusiasm for rocketry and space exploration has begun. The inaugural New Zealand Rocketry Challenge hopes to capitalise on that enthusiasm and build a new generation of keen aerospace engineers. The KiwiSpace Foundation is the group behind the challenge which asks science students to build their own working rocket, capable of taking a raw egg up to 150 meters in the air - and then return it safely to earth. The challenge requires strong science and maths skills, and gently teaches and reinforces the process of scientific method, while allowing students to have fun by firing a rocket up into the sky.

Justin Gregory attended a rocket-building workshop for junior high school science teachers and spoke to challenge organiser Mark McKay about the aims of the Rocketry Challenge and the appetite in New Zealand for space flight.