Our Changing World for Thursday 8 November 2012

Colin Hill and Steve Wratten with their birding scopes out on the mudflats of Lake Ellesmere counting godwits and wrybills (images: A. Ballance)

By day Steve Wratten is an ecology professor at Lincoln University and the Bio-Protection Research Centre, and Colin Hill runs a sheep and deer farm on the shores of Te Waihora/Lake Ellesmere, south of Christchurch. But in their spare time, Steve and Colin are keen birders, with a shared passion for migratory waders. Their favourite birding site is Yarrs Wildlife Reserve on Lake Ellesmere at the back of Colin’s farm. Lake Ellesmere covers about 20,000 hectares and is the most diverse site in New Zealand for birdlife, with over 167 species of bird recorded.

On a wet and miserable day Alison Ballance joins Steve and Colin for a spot of spring birding in the hope of spotting a godwit, and not only does the weather clear and the sun come out while they are out on the mudflats, but they see a grand total of 133 wrybills, 3 red knots, a gull-billed tern and their best ever tally for bar-tailed godwits – 229. The sightings were duly recorded on the Birding NZ website, which is full of interesting information about New Zealand birds.

To find out more about New Zealand’s migratory waders there are two books you can check out, both by Keith Woodley, who is manager of the Miranda Shorebird Centre in the Firth of Thames.

Steve Wratten has featured on Our Changing World before, talking about the Greening Waipara project.

Infectious diseases such as meningitis and the papilloma virus are a big health problem in New Zealand. But one of the biggest – yet often over-looked - problems is a familiar-sounding bacteria – Staphylococcus aureus. Staph infections range from mild skin infections such as boils to systemic infections such as toxic shock syndrome, and Stephen Ritchie, an infectious disease physician at Auckland City Hospital and the University of Auckland, thinks we should be much more aware of this bacteria.

He tells Alison Ballance that staph infections are easily treated with antibiotics, apart from the so-called superbug MRSA which is resistant to methicillin antibiotics. 20% of the population are long term carriers of the bacteria, on our skin and in our nasal passages, and about 2% of Auckland’s population are estimated to have a Staph-related skin infection each year. Staphylococcus is thought to be the leading cause of admissions by children to Starship Hospital in Auckland, and 20% of people who are admitted to hospital with systemic Staphylococcus, which can infect the brain, kidney and bones, will die from the infection.

From the 1850s until the Second World War, New Zealanders lived ‘off the sheep’s back’. In 1920, wool made up more than a quarter of New Zealand’s exports, but today it makes up just 1.6 percent.  However, despite fierce competition from synthetic fibres, it’s still worth 720 million dollars a year to the New Zealand economy

To ensure that wool continues to maintain a place as premium product scientists at Agresearch are looking for ways to improve the durability of woollen textiles and carpets, and Alison Ballance heads to Lincoln to find out how. Mahbubul Hassan is researching more environmentally friendly ways of adding stain resistance to wool, using plant-based rather than chlorine-based products. Matthew Sunderland has been investigating using surfactants rather than insecticides to make wool textiles insect resistant, and Steve McNeil is focusing on improving the ability of dyed wool to withstand fading and deterioration from exposure to light and ultraviolet. 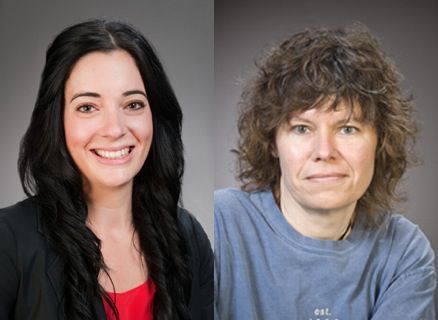 When people evaluate claims, they often rely on what comedian Stephen Colbert calls “truthiness”. Truthiness was voted Miriam-Webster’s Word of the Year in 2006 and is described as a quality characterising a "truth" that a person claims to know intuitively "from the gut" or because it "feels right" without regard to evidence, logic, intellectual examination, or facts.

Victoria University PhD student Eryn Newman (left) and supervisor Maryanne Garry (right) have found that decorative (or nonprobative) photos can enhance the truthiness of general knowledge claims (for example, “Giraffes are the only animals that can’t jump”). They speculate that nonprobative photos help people generate pseudoevidence, enabling them to picture the claim in their mind and making it appear to be more credible or true.

The claims chosen covered a broad range of general knowledge topics, from science to history, and truthiness was particularly enhanced when the claims were unfamiliar to the participant.

It is common to glance at new information when paired with photos, for example, marketing, political, or media statements are often associated with pictures, and headlines may not give the full story. In this research it was found that people are protected from a truthiness bias if they have good general knowledge about the claims. The researchers would suggest that it’s important to apply caution when you don’t know the answer to a claim you’re evaluating, and they will be further evaluating the extent to which seemingly harmless photos can make us buy into a misconception or misleading statement, for example in text books.

The 17th mystery sound is a cicada, a very familiar sound in late summer. That sound comes from a two-part story with cicada expert Chris Simon, in which she introduces us to some of the more subtle shade-singers living in her Wellington garden. You can find those stories here and here.