Our Changing World for Thursday 13 September 2012 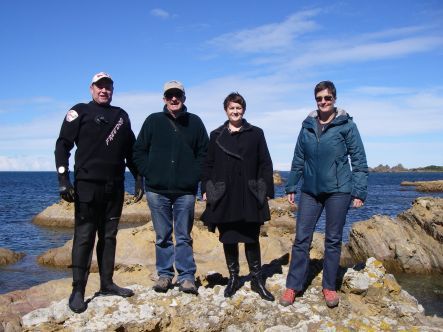 Trustees Steve Journee, Murray Hosking, Rochelle Finlay and Sophie Mormede standing in front of the snorkel trail that the Friends of Taputeranga Marine Reserve have created (image: A. Ballance)

Conservation Week runs from 9-16 September, and the theme this year is Love your Parks. Alison Ballance heads to Island Bay on Wellington’s South Coast to catch up with some of the Friends of Taputeranga Marine Reserve, to find out why they love their local marine reserve, and what they’re doing to help other people discover what goes on under the waves, including establishing a snorkel trail and creating underwater slates that will help snorkelers identify fish, invertebrates and seaweeds. Alison talks to Trustees Steve Journee, Rochelle Finlay, Sophie Mormede and Murray Hosking.

To find out more about Conservation Week activities in your area click here. Activities include beach clean-ups all along Wellington’s South Coast on Sunday, and the Friends of Taputeranga Marine Reserve will be at Island Bay cleaning the shore area round the snorkel trail. 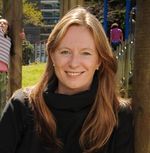 About 1 to 2 per cent of New Zealanders suffer from epilepsy. It is a neurological condition characterised by seizures, and while there are different types of seizures, they are always due to bursts of electrical activity in the brain.

Lynette Sadleir, a paediatric neurologist from the University of Otago, Wellington is trying to find the genetic influences on childhood and adult epilepsy. She’s helping to hunt for genes or combinations of genes that can be linked to epilepsy syndromes. For example, in the last six months, a team of scientists, including Lynette, identified the PRRT2 (proline-rich transmembrane protein 2) gene as being associated with a form of epilepsy called benign familial infantile epilepsy. A child who has this condition develops seizures at about six months old but these seizures stop by the age of two years. In the future when gene tests become clinically available, a child could present at hospital with lots of seizures and be diagnosed with this form of epilepsy relatively quickly. Such a test would put parents’ and doctors’ minds at rest, but would also mean that the child wouldn’t have to go through a series of investigations to find out what sort of epilepsy he or she has.

Celia Painter and Priyanka Rajakumaran from Wellington Girl’s College in front of their science fair projects, and Merryn Thompson's project on paua (images: A. Ballance)

Each year 22 regional science and technology fairs, involving thousands of students, take place around New Zealand. Alison Ballance headed to the NIWA Wellington Science Fair, held a fortnight ago at Victoria University, to find out what the judges were looking for, and to meet some of the students.

Lydia Kingston, a year 13 student from Queen Margaret College, won the overall prize for Antibiotics versus Probiotics. Adrina Venayagam, a year 10 student from Tawa College, won Class 4 for Wood Ash to the Rescue, looking at the use of wood ash as a natural fire retardant. Alison also spoke with Celia Painter from Wellington Girl’s College, Priyanka Rajakumaran from Wellington Girls College, and Paris Watson from Queen Margaret College.

The main prize winners from all the regional science fairs will take part in Realise the Dream held later this year. 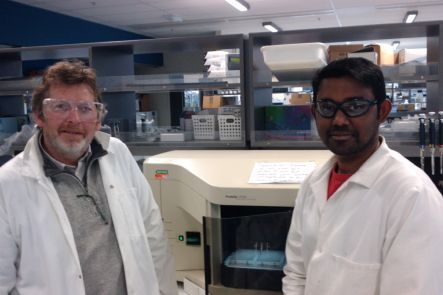 The influenza virus is known to mutate quickly and frequently. It usually changes from year to year and sometimes even within the course of one flu season. As the virus replicates in the body, its genetic makeup can change in a way that makes the virus resistant to one or more of the antiviral drugs used to treat or prevent influenza.

Health authorities worldwide monitor influenza viruses to detect antiviral drug resistance, but current tests can take several hours or even days to complete. Conan Fee and his doctoral student Balaji Somasundaram, at the University of Canterbury's Biomolecular Interaction Centre, are developing a new method which would allow clinicians to survey the efficiency of antiviral drugs more quickly, within minutes, and could help prevent the virus from spreading to a pandemic.

The ninth mystery sound from the opening theme is Canterbury University’s wind radar at Arrival Heights in Antarctica, and it featured in a story about space physics and global lightning detection – find that story here.