Our Changing World for Thursday 6 October 2011 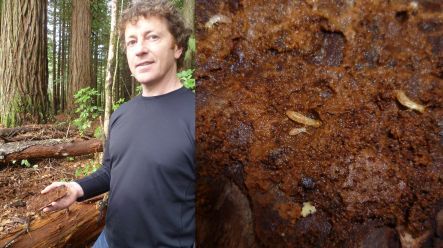 The larvae of New Zealand’s three species of native termites (above right) have about a thousand types of microbes in their guts which help them feed on wood, which is usually very difficult to digest. And a recent study into the guts of huhu grubs showed that they host more than 1800 types of microbes in their guts. Although these native insect species evolved to feed on New Zealand hardwoods, they also colonise fallen pine, which is a softwood. Gareth Lloyd-Jones (above left) from Scion tells Alison Ballance how these microbes could be key to developing fermentation processes to produce biofuels from woody waste. 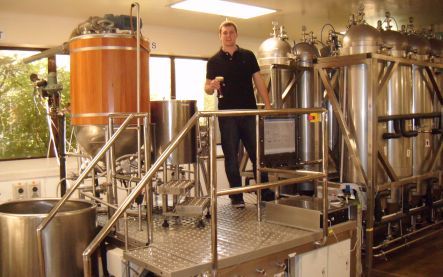 At Massey University in Palmerston North, food technology students are taught how to make beer on campus at a Micro Brewery. Samuel Richardson takes Ruth Beran on a tour and explains that as well as helping first year students brew their beer, he is also working on his own fourth year project to create a gluten-free beer with chestnuts.

Most beers are made from grains like barley or wheat, which contain the protein gluten. This means that people who are intolerant to gluten, such as those who suffer from Celiac disease, have troubles finding a beer they can drink. Using other grains such as rice as a base, Samuel Richardson has started producing gluten-free beer, but has not yet been able to replicate the taste of ordinary beer. 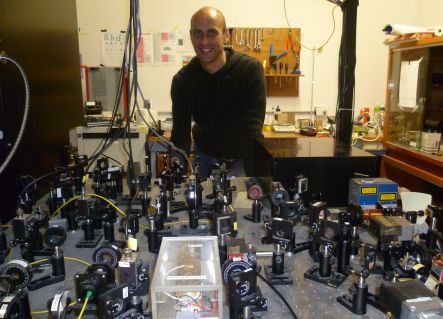 University of Auckland physicist Maarten Hoogerland (above) tells Alison Ballance about an experiment, undertaken with colleagues at the Free University in Amsterdam, which used the latest laser technology, including optical trapping and frequency combs, to measure the colour absorption of super-cooled helium atoms. This table-top experiment made measurements that were a thousand times more accurate than currently predicted by theoretical quantum electrodynamics, and also enabled extremely accurate measurements to be made of the size of the nucleus of a helium atom. The paper was published in Science, and was also recently written up in Physics Today, the flagship publication of the American Institute of Physics – ‘Precision spectroscopy reveals a highly forbidden electronic transition in helium’ (September 2011).

Keeping Rockets on their Path 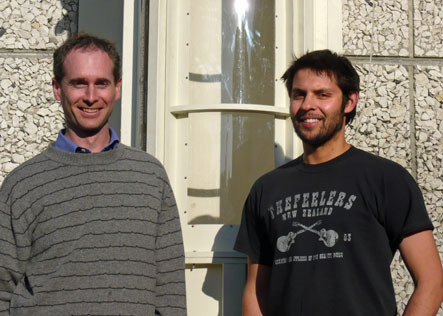 Chris Hann (left) and PhD student Avinash Rao at the wind tunnel they use to put rockets through their paces (image: Veronika Meduna)

Keeping rockets on their designated flight path once they reach super and ultra-sonic speeds remains a challenge. University of Canterbury engineer and mathematician Chris Hann received one of this year's Rutherford Discovery Fellowships to develop a mathematical model of a rocket as it is travelling through space. The model will be able to identify random wind loads quickly and improve the stability of rockets moving at high speed.

The project is a collaboration between the university's department of electrical and computer engineering and Rocket Lab, a company which designs and manufactures sounding rockets and propulsion systems and launched New Zealand's first sub-orbital rocket into space in November 2009. Chris Hann hopes his self-correcting rocket control system will reduce the need for costly trial and error runs that are used to tune existing systems and shorten the turnaround time required to launch and position a payload.