Our Changing World for Thursday 1 September 2011

Drilling into an earthquake 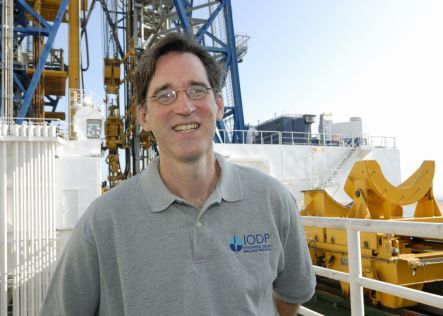 Univeristy of Wisconsin geophysicist Harold Tobin onboard the Japanese drill ship Chikyu, which is equipped to drill deeper into the seafloor than has ever been achieved in scientific drilling projects.

Most of the Earth’s largest earthquakes occur beneath the ocean along tectonic plate boundaries called subduction zones. The Sumatran earthquake and tsunami of 2004 and the magnitude 9 Tōhoku earthquake earlier this year demonstrated how devastating these events can be. However, geologists don’t fully understand the process of how these faults suddenly rupture in a catastrophic earthquake after building up stress for hundreds of years. 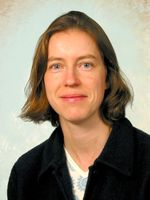 Harold Tobin (above), a geophysicist at the University of Wisconsin in Madison, and Lisa McNeill (right), a marine geologist at the University of Southampton, are part of an international team that has been drilling into the deep-sea trench off the coast of Japan called the Nankai Trough, with the aim of examining the fault zone close up, collecting samples and placing monitoring instruments in the drill holes. The Nankai Trough Seismogenic Zone Experiment (NanTroSEIZE) (PDF) will be conducted over several years and represents the first attempt to explore the seismogenic portion of Earth’s crust, where such violent earthquakes have occurred repeatedly in the past. One of the team's goals is to determine whether earthquakes have any precursor signals that could provide an early-warning system for people on land.

You can watch a video about NanTroSEIZE and a five-minute segment about the research from a Discovery Channel special called Exploring Time.

The rifleman, or titi pounamu, is New Zealand’s smallest bird, weighing in at just 6 grams. The forest-living rifleman and the sub-alpine rock wren are the only two surviving species in a group of ancient Acanthasittid wrens (five other species of flightless wren from the same group are now extinct). At the moment the rifleman is considered to have a North Island and South Island sub-species.

PhD student Sarah Withers, from the School of Biological Sciences at the University of Auckland is looking at isolated populations around the North Island (such as the Boundary Stream mainland island) to see how variable they are, and whether further sub-species should be identified. She tells Alison Ballance about her research, plays some of the rifleman’s very high-pitched calls and explains what their purpose is.

In this preview of her presentation 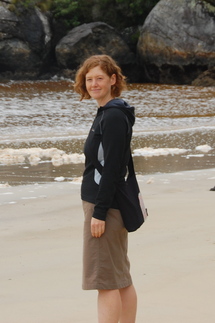 in the Marie Curie Lecture Series, theoretical chemist Nicola Gaston (pictured on the right)  explores the complexity and beauty of the periodic table of chemical elements. She explains how elements are arranged by their physical properties, and how theoretical predictions of such characteristics help in the ongoing effort to expand the limits of the periodic table.

When Dmitri Mendeleev published the first table in 1869, a total of 63 elements had been described by scientists such as Antoine-Laurent de Lavoisier, who is credited with discovering oxygen. In this interview and her lecture, Nicola Gaston introduces the newest member of the periodic table, the short-lived element number 112 called Copernicium.

Gaston's lecture (to be held on Tuesday, September 6, at 7.30pm at Scion Research in Rotorua) is part of a year-long national tour of talks by female New Zealand chemists (PDF) in honour of Curie's Nobel Prize in Chemistry for her ground-breaking work on radium and polonium.

Also as part of the same series, University of Canterbury chemist Juliet Gerrard will discuss promiscuous proteins and their potential applications in antibiotic design, nano-scale devices, counter-terrorism and fluffy croissants. Gerrard will speak on Thursday, September 8, at 1pm in the main school hall at Timaru Boys' High School. This lecture is suitable for students from years 12 and 13. 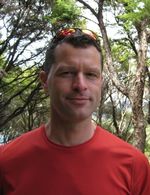 Invisibility cloaks are no longer just magical objects or science fiction, they are science fact. While it’s unlikely there’s going to be an invisibility cloak that can make a human vanish in the visible spectrum anytime soon, the first cloaking device was created in the lab at Duke University in 2006. A rigid structure, it was made from metamaterials which rendered the object invisible to microwaves.

University of Otago’s Robert Thompson (left) is working on the theoretical aspects of cloaking, and as he tells Ruth Beran, the mathematics of transformation optics is similar to that of general relativity.