Our Changing World for Thursday 28 October 2010

Momentum at the Racetrack 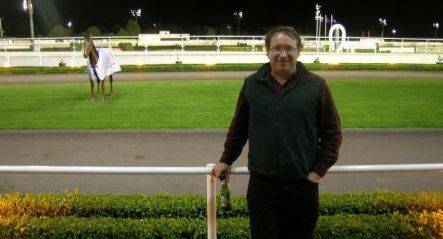 Philip O'Connor at the races at Alexander Park

Looking at horses as if they were financial stocks, Philip O'Connor from the Department of Accounting and Finance at the University of Auckland has been tracking winning horses over time, to study the so-called "momentum effect".

The momentum effect is the trend for rising prices to rise further. In particular, stocks with the highest return over the previous nine months, have higher returns over the next six months, while stocks with the lowest returns continue to have low returns.

Analysing data from horse races, Philip O'Connor has found trends consistent with the stock market: for example, under reaction is found for a first win (momentum), and over-reaction for a second win (reversal). This means that if a horse has won its previous start, it's likely to be a better bet in its next race, particularly if it has gone up in class. If these results can be translated back to the stock market, they suggest that behaviour is a better explanation for the momentum effect, rather than other factors such as risk or transaction costs. 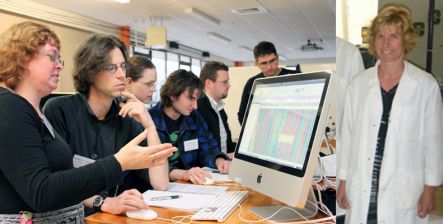 Sequencing the human genome was big news when it happened at the turn of the century, and the technology has since led to an explosion in mapping genomes of many different organisms, but how exactly is a genome sequenced?

To find out, Ruth Beran visits the Massey Genome Service at Massey University in Palmerston North. The service has provided DNA sequencing services for more than 1000 customers in New Zealand and Australia. Researchers get around a terabyte of data on a portable drive which can have over a billion sequences on it. Bioinformatic consultants Lesley Collins and Patrick Biggs, explain how they analyse this data and how it relates to their own research projects, which relate to ancestral junk DNA and food poisoning. Lab manager Lorraine Berry is also on hand to explain the process of DNA sequencing.

Little penguin in a nest box, and the 'Penguin Team' on a rainy morning on Matiu/Somes Island (images: A. Ballance)

Little blue penguins, as they were traditionally known (although they are now officially called little penguins, and are also known as blue or fairy penguins, and korora), are the world's smallest penguin, and they inhabit the New Zealand coast, often in close proximity to people. The number of little penguins breeding on Matiu/Somes Island in Wellington Harbour has climbed significantly in the last few years, since Forest and Bird planted more than a quarter of a million trees on the island, restoring the island from grazed pasture to a thriving forest, and providing good shelter for penguin nests. More than 170 artificial nest boxes have also been placed on the island, and are well used.

Reg Cotter, from the Ornithological Society of New Zealand, has been involved with little penguins on Matiu/Somes Island since 1975, and over the last two years he has led a dedicated team of volunteers who regularly visit the island to survey the penguin population. As part of the survey, Graeme Taylor, a seabird expert from the Department of Conservation, is testing the use of web tags (very small tags clipped through the webbing of a bird's foot) as an alternative to the more traditional flipper tags. Alison Ballance joins Reg Cotter, Graeme Taylor, Ros Batchelor, Vince Waanders and Mike Rumble for an afternoon and evening checking nests, helps catch some penguins coming ashore in the evening, and sees the first chicks of the season.

Matiu/Somes Island is managed by the Department of Conservation and is open to the public. It is easily accessible by ferry from downtown Wellington, and it is possible to arrange overnight accommodation on the island.

Little penguin chick, just a few days after hatching; the late Vince Waanders with a little penguin; and checking a natural penguin nest on the foreshore (images: A. Ballance)