Our Changing World for Thursday 6 May 2010

Gas hydrates, sometimes called 'burning ice' or 'fiery ice', and also known as clathrates, are ice-like solids of water and natural gas, usually methane. They are attracting significant interest in the geoscientific community because they may be a future source of energy. Gas hydrates were only recognised in the 1970s but are now known to be abundant. They form as a result of high pressure at depth, and are found buried hundreds of metres within ocean floor sediments. In New Zealand they occur off the east coast of the North Island and off Fiordland. 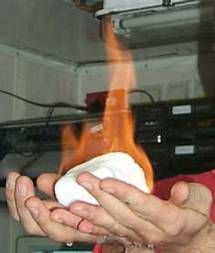 In the run-up to the international workshop 'Fiery Ice from the Seas' taking place in Wellington next week, Alison Ballance talks with workshop organisers Ingo Pecher and Stuart Henrys from GNS about New Zealand's methane hydrates, how they study them, and the time frame for developing them as an energy source. Victoria University Masters student Tom Golding also talks about the results of his summer job at GNS.

Dr Charlie Paull will give a talk on gas hydrate research at 7.30 pm Monday 10 May on the Pipitea Campus of Victoria University in Lecture Theatre 2, Rutherford House, 23 Lambton Quay, Wellington.

From left to right: Pat Edwards, Geoff Jameson and David Penny in front of the NMR machine, and the cell being used for the experiments.

Scientists believe that RNA rather than DNA formed the basis of life, and Massey University'sGeoff Jameson, Pat Edwards and David Penny are looking at the single-stranded molecule to try and answer some fundamental questions. Having already shown that life is more likely to have originated under cold rather than hot temperatures (for example, in icy cold water rather than hot smoking volcanoes at the bottom of the ocean) they are testing RNA under combinations of both temperature and pressure to determine how life on Earth may have originated. 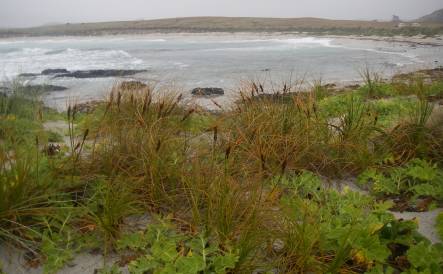 Wharekauri Beach with pingao and Chatham Island sow thistle planted in the foreground (image: A. Ballance)

The Department of Conservation has been running two dune restoration projects on the main Chatham Island for nine years. Introduced marram grass has been removed by spraying, and replaced by native species. The project was originally designed to create better habitat for the endangered Chatham Island oystercatcher by re-creating more open beach conditions, but is also proving to be a useful threatened plant conservation project. DoC ranger Bridget Gibb talks to Alison Ballance about Chatham Island forget-me-nots, Chatham Island sow thistle, pingao or golden sand sedge, as well as shore spurge, and shows her the Chatham Island akeake planted at the back of Wharekauri Beach to recreate coastal bush.

The New Zealand Dune Restoration Trust has information about other dune restoration programmes around New Zealand. 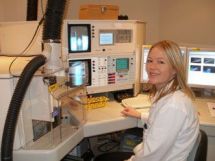 At the Malaghan Institute of Medical Researchlasers are being used to sort cells for scientists trying to develop treatments for diseases like cancer, asthma, and arthritis. They are used in a technique called flow cytometry, where cells are suspended in a stream of fluid and then passed by an electronic detection apparatus.

Ruth Beran meets with Kylie Price (pictured right) who runs the Flow Cytometry Suite at the Malaghan Institute and Jo Kirman who is using the equipment in her search for a better vaccine for tuberculosis.