The new science of regenerative medicine (or Regen Med) is sometimes seen as the new frontier for medical research, and as an exciting interface between the worlds of medicine and engineering. But like all new sciences, it costs a great deal to develop and to deliver it to the public. One way to reduce the cost and the workload is to share it; and moves to establish partnerships between researchers here and in the UK are well underway. Justin Gregory talks to medical engineer Professor David Williams, reconstructive plastic surgeon Professor Swee Tan and industry consultant Reg Harris about the difficulties and the possibilities of Regen Med, and how big the potential market for it is. Professor Tan also discusses the Gillies-McIndoe Research Institute, which opens at the Hutt Hospital this week. 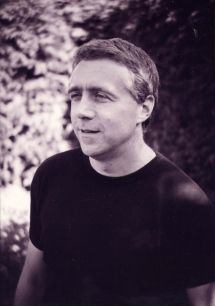 Marcus Chown is the author of several popular science books on cosmology and quantum theory. He is currently the cosmology consultant of the weekly science magazine, New Scientist. He recently appeared at the Auckland Writers & Readers Festival discussing some of the ideas in his most recent books, The Never-Ending Days of Being Dead: Dispatches from the Front Line of Science and Quantum Theory Cannot Hurt You: A Guide to the Universe, both published in New Zealand by Allen and Unwin. Marcus Chown has posed questions such as: what happened before the Big Bang? Can time run backwards? Is a simple computer program generating everything? Or was everything we know created by superior beings in another universe? In 2008, Chown let his considerable imagination run free in his first children's book: Felicity Frobisher and the Three-Headed Aldebaran Dust Devil.

Plan B for Climate Change

Wallace Broecker has worked as a climate scientist for more than five decades, for most of that time at Columbia University's Lamont-Doherty Observatory. In 1975, he published his first warning about the dangers of burning fossil fuels in the journal Science, coining the term global warming. His research focus has been on the role of the ocean in fixing carbon dioxide and as a heat engine that helps keep the planet as warm as it is. Most recently, he has turned his attention to fixing the problem of anthropogenic climate change, but he says it's no longer enough to just reduce our emissions of greenhouse gases. In Fixing Climate: What Past Climate Changes Reveal About the Current Threat - and How to Counter It, he and science writer Robert Kunzig explain why Broecker believes humans will not stop burning fossil fuels in time to prevent major climate change impacts. He has embraced controversial proposals to capture and sequester carbon directly from the atmosphere.

Wallace Broecker was in New Zealand earlier this month to speak at the Past Climates conference.

Landcare Research biodiversity science leader Matt McGlone was one of the speakers at the Climate Change Adaptation: Managing the Unavoidable conference in Wellington last week. He discussed how climate change will affect New Zealand's biological diversity, which is already under pressure through predators and habitat changes.