Our Changing World for Thursday 4 June 2009

History of Astronomy in New Zealand 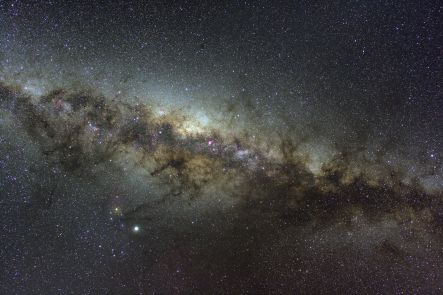 The Milky Way, as seen from the Mt. John Observatory. 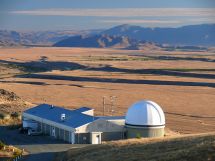 Four centuries after Galileo Galilei first pointed his home-made telescope towards the night sky, the world is celebrating the International Year of Astronomy. To mark the event, Our Changing World talks to astronomers and cosmologists in New Zealand about some of the most exciting research projects in the Southern Hemisphere.

In this first part of the series, astronomers Grant Christie, from Auckland's Stardome Observatory, and Alan Gilmore, from the University of canterbury's Mt John Observatory (pictured on the right) near Lake Tekapo, discuss the early days of optical astronomy in New Zealand.

Nearly 20 years ago oceanographer John Martin came up with the Iron Hypothesis, which suggested that iron was a limiting nutrient in many of the world’s oceans. Iron deficiency limits phytoplankton growth and ocean productivity, and there was a suggestion that stimulating productivity through the addition of iron might offer a way of sequestering carbon in the deep ocean. In the last fifteen years a dozen experiments have taken place in various locations around the world, looking at the effects of adding iron to the ocean. NIWA scientists Philip Boyd and Cliff Law have been involved in a number of these international collaborations, and in a recent synthesis of the results of these experiments which suggests iron fertilisation does not, in fact, offer a viable method of mitigating rising carbon dioxide levels.

The results of the latest reassessment of the conservation status of New Zealand birds was recently published in Notornis, the journal of the Ornithological Society of New Zealand. (Miskelly et al 2008. Notornis 55: 117-135). Of the 428 taxa assessed, 19 have improved their conservation status, and 13 have declined. Those that have declined are mainly seabirds, and birds that use riverbeds and rough farmland. The main agents of decline for these taxa are fisheries by-catch, changes in oceanic productivity near breeding islands, and changes in land-use, particularly conversion of sheep farms to dairy production.

Effects of Palaeogene Climate on Biota

The world experinced a major and rapic change in climate soem 50 million years ago during a geological period called the palaeocene. The period is known as the Paleocene–Eocene Thermal Maximum and it led to changes in oceanic and atmospheric circulation, the extinction of numerous deep-sea benthic micro-organisms, and a major turnover in mammalian life on land which triggered the emergence of many of today’s major mammalian orders. During the event, global temperatures rose by around six degrees, over 20,000 years, with a corresponding rise in sea level as the oceans warmed.

Scott Wing is the curator of palaeobiology at the Smithsonian Institution and he discusses the effects this period had on the biota and flora on the North American continent.