Our Changing World for Thursday 14 August 2008

The annual MacDiarmid Young Scientists of the Year competition recognises excellence in the next generation of New Zealand researchers. The 20 finalists' research ranged across many fields - from high temperature superconductors, to distorted memory in eyewitnesses, to a biomechanical model of the human breast.

Dacia Herbulock speaks to the winner - marine ecologist Rebecca McLeod of the University of Otago. Her research has taken her diving deep below the surface of Fiordland, to explore the energy transfer from coastal forests to deep water ecosystems. Along the way, she has encountered slimy hagfish, compost-digesting bacteria, and a novel marine food web that relies on hydrogen sulfide rather than energy from the sun.

MacDiarmid Young Scientists of the Year winner, marine ecologist Rebecca McLeod, with a hagfish. Photos courtesy of the Foundation for Research, Science and Technology.

Memory loss is one of the most devastating symptoms of Alzheimer's Disease and a lot of international research effort has gone into understanding its molecular mechanisms. The focus was on a protein that was found deposited in plaques in the brains of patients.

However, as this protein increases in the brain with the onset of the disease, another closely related protein decreases - and it is this Secreted Amyloid Precursor Protein Alpha that has become the research focus for a team at the University of Otago's Brain Health Repair and Research Centre. Veronika Meduna meets Warren Tate, Joanna Williams and Cliff Abraham at their laboratory to find out more about the protein's protective function and how it may be able to restore memory function.

Emulsions are mixtures where there's a fine dispersion of one type of liquid in another - and they're everywhere. Think of cosmetics, milk - even aspects of road construction. The ability of natural fluid and solid systems to form hierarchical structures is a particular area of interest of chemist Kate McGrath. Amelia Nurse talks to her about microstructure and emulsion stability and what her research could mean for man-made emulsions. 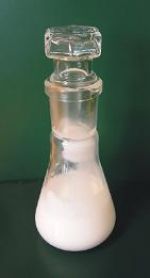 Above left: So called commercial type emulsion (can be made by blending or homogenisation) - the dispersed phase (the droplets in the image, which can be oil or water, submerged in a bath of water or oil) are of all different sizes and the sample appears completely white (as shown on the right). Droplet size can vary from ~20 nm to ~ 50 mm and lifetimes from 30 minutes to months. The emulsifier (not seen here) sits at the surface of the droplets stabilising the interaction between the oil and water.

Above right: Example of an emulsion prepared in a much more controlled manner using a microfluidic device. This allows droplets of almost identical size to be produced. This allows for the exploration of the fundamental physics of these systems more straightforwardly than in the type samples on the left, where the different droplet sizes complicate the analysis.

Attention Deficit Hyperactivity Disorder is one of the most common childhood disorders, affecting about five percent of children and their families. Dione Healey is a lecturer in clinical psychology at the University of Otago, and her research focuses on developing brain training exercises to help children with ADHD. She tells Veronika Meduna that ADHD is at least partly inherited and tends to run in the family, but that it remains difficult to diagnose because the level of impairment in children can be extremely variable.

Next week Radio New Zealand is recording three Royal Society lectures in Gisborne, Napier and Palmerston North - and you are invited to be our audience.

The lectures mark the 150th anniversary of the public announcement of Charles Darwin's idea of natural selection.

On Monday, August 18, Professor Alan Cooper will talk about the fossil record in Gisborne, at 7pm at the Lawson Field Theatre.

On Tuesday, August 19, Lloyd Davis will discuss Darwin and the evolution of his thinking in Napier, at 5:30pm at the War Memorial Conference Centre.

And on Wednesday, August 20, at 5:30pm, Professor David Penny will discuss the history of life, in Pamerston North at the Speirs Centre at Palmerston North Boys High.

The resulting lecture series will be broadcast on consecutive Sundays, from August 24th, at 4pm.