Our Changing World for Thursday 10 July 2008

Seamounts are underwater mountains, and there are hundreds of them off the New Zealand coast. Many support special biological communities, including some species that are found nowhere else. They can be highly productive ecosystems and act as feeding grounds for fish, marine mammals and seabirds. But seamounts are also valuable economically and often the target of commercial fishing and seabed mining. Veronika Meduna discusses seamount ecology and their potential uses with fisheries biologist Malcolm Clark and benthic ecologist Ashley Rowden, who are both at the National Institute of Water and Atmospheric Research. 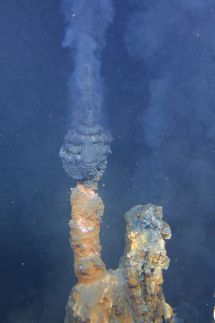 Above: An active hydrothermal vent, known as a black smoker (Kermadec Ridge). These hot vents bring minerals in suspension close to the surface, and are the first stage in forming mineral deposits on the seafloor. (Photo: JAMSTEC-GNS-NIWA) 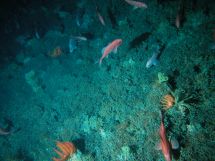 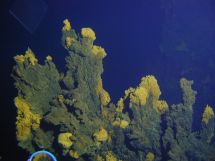 Above left: The remains of hydrothermal vent chimneys that are no longer active. These sorts of structures are of interest for minerals exploration (Photo: NOAA-NIWA)

Above right: Dense coral patches can occur on seamounts which support in turn a variety of other animals like the bright orange starfish and sea lilies seen here on the Chatham Rise (Photo: NIWA-MFish) 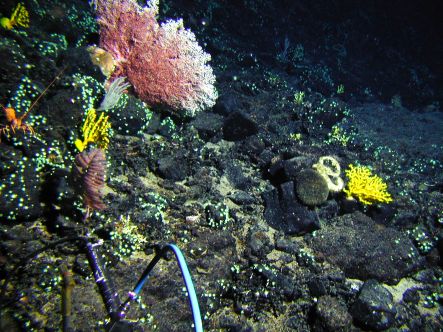 Deep-sea corals on a seamount on the Kermadec Ridge. Biodiversity on seamounts in areas of active venting can be high. (NOAA-NIWA) 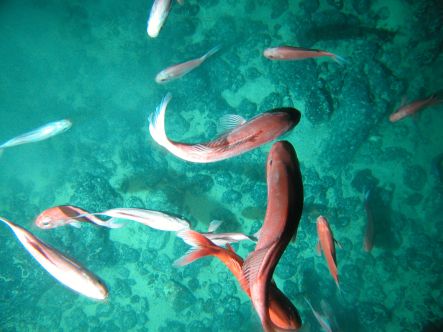 Deep-sea fish form dense aggregations over some seamounts, which are trawled bu commercial fisheries. This image shows orange roughy on a feature on the Chatham Rise (NIWA-MFish)

Additionality, co-benefits, permanence, upstream and downstream emissions - all terminology to do with the burgeoning carbon offsetting market. And offsetting one's carbon emissions is becoming more and more common in the business world with airlines, corporations and even governments going carbon neutral. In the third of four programmes Amelia Nurse recorded in Canada, she asks James Tansey, professor of business ethics at the University of British Columbia and the founder of Offsetters Climate Friendly Society in Vancouver what these terms mean and how offsetting works.

The Murchison Mountains in Fiordland are home to the last wild population of takahe. More than a hundred of the endangered birds roam the steep tussocked ranges, but a strong beech fruiting season last summer led to an explosion of stoats - and they decimated the population by killing both chicks and adult birds. The Department of Conservation is now preparing for its biggest stoat trapping operation in the hope of providing better protection for takahe. Lynn Freeman met with Phil Tisch, the department's takahe programme manager in Te Anau, to find out about plans to expand the trapped area more than three-fold to cover 50,000 hectares. 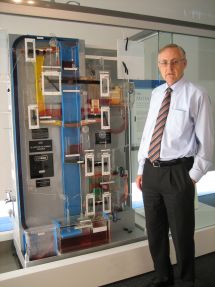 The MONIAC, or Monetary National Income Analogue Computer, is a hydraulic computer created in 1949 by notable New Zealand economist Bill Phillips. It used a complex network of water tanks, sluices and pumps to model the workings of an economy, and much to everyone's surprise, it turned out to be remarkably accurate. This month marks the 50th anniversary of the publication of Bill Phillips' most influential paper, which introduced the now-familiar concept that inflation and unemployment are linked. Events planned to celebrate include an exhibition opening this week at the Reserve Bank, where his unusual hydraulic creation will be on display.

Dacia Herbulock got a close-up look at the machine with Reserve Bank Governor Alan Bollard, who is leading the drive to remember this unique man.