Our Changing World for Thursday 3 July 2008

An international team of scientists is compiling a register of all marine species, from the smallest invertebrates to the biggest whales. They hope to complete the World Register of Marine Species - WoRMS for short - by 2010, but already this ocean inventory contains thousands of fish and more than 120,000 other marine species.

One of the team's challenges is having to sift through long lists of names used as synonyms for the same species. The Breadcrumb Sponge (pictured) is the marine world's champion of Latin aliases. Apart from its proper name, Halichondria panicea, it has 56 other names that have appeared in the literature since it was first described in 1766.

Veronika Meduna talks to marine biologists John Montgomery and Mark Costello, who are both at the University of Auckland's Leigh Marine Laboratory, about cleaning up superflous species names and keeping up with the large number of new discoveries from the ocean. 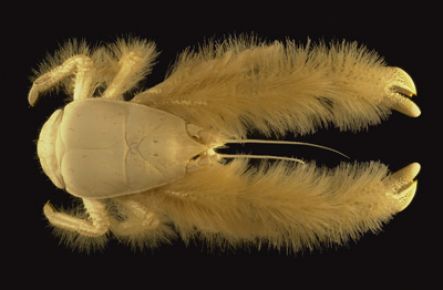 This new species of crab (pictured above) was discovered off the Pacific-Antarctic Ridge in the South Pacific Ocean. It was named Kiwa hirsuta kiwa, after the goddess of shellfish in Polynesian mythology, but has become known as the "yeti crab" because of its hairy appearance. A new squid species (pictured below left), Promacoteuthis sloani, was collected in the Mid-Atlantic Ridge in 2004 and a new species of ghost shrimp was found associated with mud volcanoes in the Gulf of Cadiz in the Northeast Atlantic. 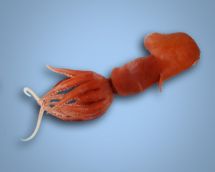 Synthetic materials used in common items like drinking bottles and plastic food packaging have been widely tested and approved for safety. But more recent research has shown that many of these items contain chemicals that mimic the effects of estrogen in the body, and that exposure to minute traces of these chemicals can lead to long-term and serious hormonal effects. Ian Shaw, a toxicologist at the University of Canterbury, discusses
bisphenol-A with Dacia Herbulock and explains how precocious puberty, decreasing sperm counts and a spike in breast cancer rates may all be related to the plastics we unwittingly use everyday. 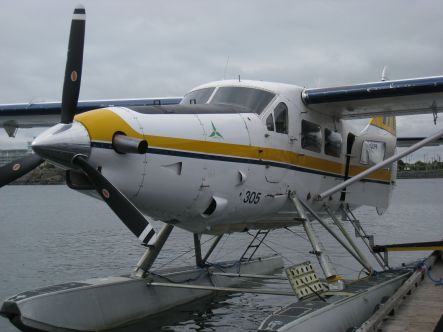 Everybody's doing it - wine companies, energy companies, car companies - going carbon neutral that is. And in a time when emitting quantities of carbon is quickly becoming an embarrassment, airlines are casting about for ways to reduce their carbon footprint. Amelia Nurse talks to a Canadian float plane airline which claims to be setting the environmental responsibility standard in aviation by going carbon neutral.

Canterbury includes some of New Zealand's most altered landscapes, and Veronika Meduna joins Landcare Research ecologist Colin Meurk for a walk to discuss how the region's vegetation has changed as a result of ongoing development. She also meets University of Canterbury meteorology professor Andy Sturman to find out about the region's distinct weather. Colin Meurk and Andy Sturman are both contributing authors to The Natural History of Canterbury, which is published by Canterbury University Press.