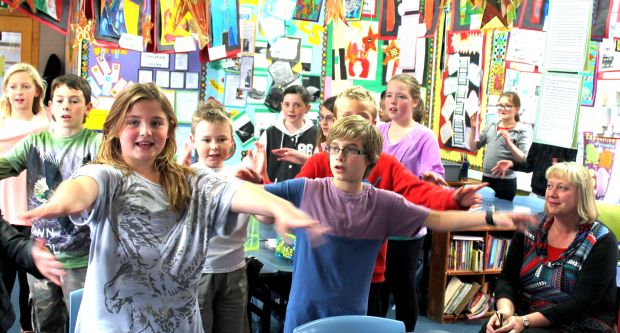 The kids at Auckland’s Glamorgan Primary School have been learning Te Reo since the beginning of last term and their young brains soak the stuff up. The entire roll of five hundred children, from five to eleven, is getting a weekly lesson in Maori culture, Maori words and phrases. 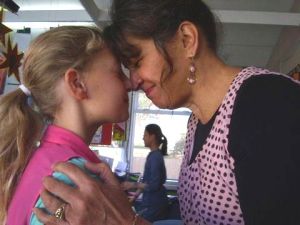 Raewyn Harrison is the coordinator of the Te Reo Tuatahi programme, which now helps six thousand children learn in twenty two North Shore schools. She has a group of assistants who aren’t trained teachers but can speak Maori fluently, working through most of the schools each week.

In each class, the room teachers stay on to watch and learn Te Reo as well. And then the teacher’s job is to enhance on what they’ve been learning till the next lesson.

Glamorgan Principal, Janet Pinchen says the school’s Board of Trustees agreed to pay for the lessons from the school general operating fund for just two terms. She believes the scheme should be continued after that.

In 2012 Trade Minister Tim Groser revealed he thought Maori should be compulsory in primary schools. He said that would make it easier for children to learn other languages later and better understand the concept of biculturism. 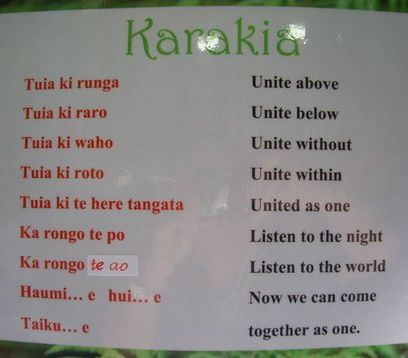 That was the catalyst Raewyn Harrison needed. She says now there is growing interest from schools in Christchurch, Taupo, Hastings and Hamilton and there’s no reason why her scheme can’t be adapted for other parts of the country.

New Zealand’s latest Census figures show that despite years of promoting Te Reo in schools the number of Maori able to hold a conversation in their own language has dropped. That’s down from a quarter of Maori in 1996 to just a bit more than a fifth in 2013. There’s concern at the continuing loss of the old native speakers and lack of trained teachers to teach Te Reo.

But on Auckland’s North Shore they’ve been thinking laterally, and got the kids talking!

Some facts and stats

Of the Māori who could hold a conversation in te reo Māori in 2013: