When presented with a microphone, not everyone is happy – any radio journalist will tell you that. And a sole microphone, beneath a spotlight, with a ready-made crowd? Again, not everyone's cup of tea. 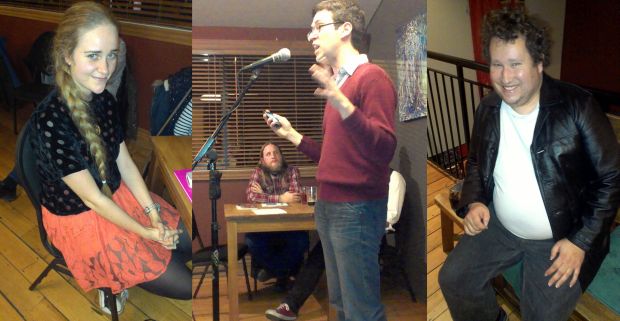 The contenders: Toby Hendy, Eric Kennedy and George Mulligan are among the finalists in Survivor Poetry

But for a few brave performance poets, Christchurch's Catalyst open mic night is a chance to share words, connect with an audience and continue what MC Ciaran Fox says is an ancient, bardic tradition.

Or, as his fellow poet and editor of the Catalyst literary journal, Doc Drumheller puts it, "Poets were the first rock stars too – you look at the Romantic-era poets like Byron".

And one evening soon some of these budding rock stars will be footing it in their toughest arena yet. 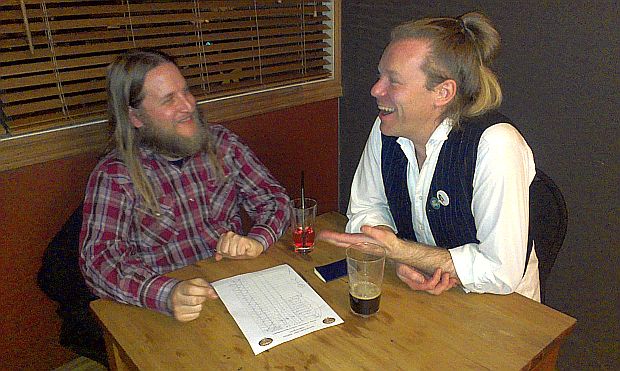 Doc Drumheller and Ciaran Fox at the Survivor Poetry auditions

At the recent Open Mic event, auditions were held for Survivor Poetry, a poetry slam/reality TV mash up which will be part of the upcoming Word Christchurch Writers and Readers Festival. Based on the television programme, the show pits performers against each other in a series of poetic challenges.

Kimberly Holmes has done it before and is prepared to brave the audtions again despite a cold. "I'm too sick to be nervous right now. Its always the few moments or the few people who go up before you're going to go up, when you know they're about to call your name like the axe being dropped". Later she professes to a sense of relief when the deed is done, her comedic poem has been well received and she has won a place in the Survivor Poetry Show.

Tam Vosper is likewise pleased to make the cut although he admits the last Survivor Poetry event was "harrowing". "You have to do things, sort of, on the spot which takes us types who prefer to spend a lot of time slaving and belabouring things, it takes us by surprise I guess." But he does admit a fondness for impromomptu rapping and says he rolls with the punches and "anything could happen" in the show. 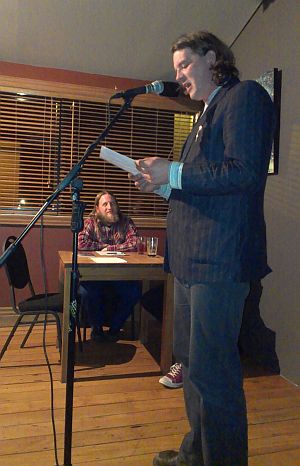 Ciaran Fox says the audition audience is a "savvy" one that has responded well to the mix of offerings which included poems about racism, maths, earthquakes and driving tests, among other topics.

The Literary Director of the Word Christchurch Writers and Readers Festival, Rachael King says the poetic tradition is strong in Christchurch and she wanted to include as many local writers as possible.

Survivor Poetry is at Rydges Savoy West at 6pm on Sunday August 31, the last night of the festival.