Th' Dudes to be inducted into Music Hall of Fame 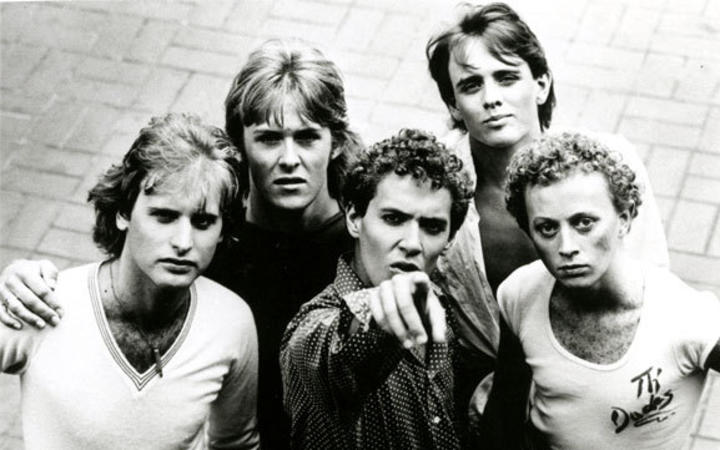 A bit of Bliss this morning for Th' Dudes, with news band members will be inducted into the Music Hall of Fame this year. The band was formed in 1976 out of friendships forged by Dave Dobbyn, Peter Urlich and Ian Morris while they were students at Auckland's Sacred Heart College. Joining them were Bruce Hambling and Peter Coleman, who was later replaced by Lez White. The band split in 1980, but still produced some iconic Kiwi tunes.

Dave Dobbyn and Peter Urlich join Lynn Freeman to talk about what the honour means to them.

Th’ Dudes, whose founding members include Dave Dobbyn, Peter Urlich and the late Ian Morris, are famous for hits including ‘Bliss’ and ‘Be Mine Tonight’. They're being inducted into the New Zealand Music Hall of Fame at tonight's Vodafone New Zealand Music Awards.

The surviving members are celebrating the band's induction with a performance at tonight's ceremony.

They started out playing covers at surf clubs and private parties, but once new members Bruce Hambling (drums) and Lez White (bass) joined, it wasn't long before they began creating songs of their own.

Forty years on, Th' Dudes' legacy remains. Despite only releasing two albums, the band set a standard in original songwriting, in stage performance, and album production.

Peter was the perfect frontman: confident, good-looking, and a natural showman in any era. Bruce and Lez were one of New Zealand's most idiosyncratic rhythm sections: Bruce's solidity balanced Lez' flamboyance.

Guitarists and songwriters Dave and the late Ian effortlessly created catchy hooks and bouncy guitar riffs that resonated with music fans of the era. 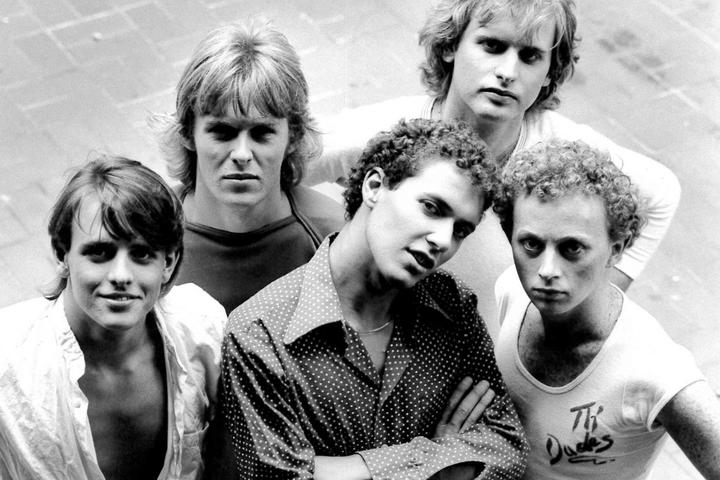 Th' Dudes released their debut album Right First Time in 1979. Their second album Where Are The Boys? was released in 1980, shortly before the group disbanded.

When TV show Radio With Pictures and Rip It Up magazine announced Th' Dudes' demise, both outlets expressed regret that the band's short-lived career would mean they wouldn't get the credit they deserved.

Since then, the group has undertaken select tour dates over the years, last reforming in 2006. Their songs have lasted decades and are still included among the classics of Aotearoa.

Th' Dudes and their legacy will be celebrated along with this year's winners at the Vodafone New Zealand Music Awards on November 14. The ceremony will be broadcast live on Three from 8.30pm.