Why do some songs mean so much to us, regardless of age? Music reviewer and academic Graeme Downes  explores 'Both Sides Now', by Joni Mitchell, 'What's Going On' by Marvin Gaye and Nina Simone's 'Feeling Good'. 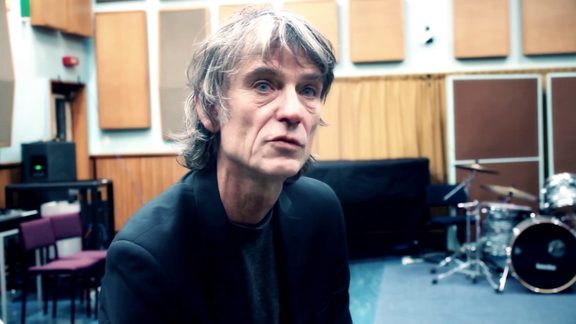 Graeme says: My song writing students do a seminar in the first semester, where they pick a song that's of some significance to them and try and articulate what about it affects them so much.

Given the students are around 18 years old, it's interesting to see what budding young songwriters gravitate towards.

I thought I’d do my own digging into a few of those songs:

Apparently, Joni wrote this song after reading Saul Bellow's 1959 novel Henderson the Rain King. She was on a plane reading it when, in the novel the protagonist is looking at the clouds from a plane. And that coincidence caused the lyric to come into being.

You can almost feel the air vibrating with greater intensity when she's singing it. There's a great deal of beauty but also a good deal of pain as well.

Mitchell quoted from the book in a 1967 interview "I dreamed down at the clouds and thought that when I was a kid I had dreamed up at them. And having dreamed at the clouds from both sides, as no generation of men has done, one should be able to accept his death very easily”. So a very early existentialist, quite remarkable statement.

The first thing I do for a Joni Mitchell song is google the chords and Joni's tuning, because she tunes guitars quite specifically in many different tunings. This one's open D, so it's a D, A, D, F sharp, A, D, with a cappo on the fourth fret, hence it's in F sharp major.

And then I go to the piano and pick out the tune. After a rather neutral little opening line, the melody arches up from F sharp, to A sharp to C sharp to E sharp on the words "castles in the air". And that interval from F sharp up to E sharp is a major seventh.

It really is quite a special piece of melodic writing, this particular tune, that maps on to the lyric brilliantly.

This song was originally drafted by Renaldo Benson of the Four Tops after witnessing police brutality against anti-war protesters. His band refused to record it because of its content. He took it to Marvin, who rewrote the melody and added some lyrics of his own or as Benson said he “tailored the hell out of it”

Motown owner Barry Gordy was very worried about the political content. But Marvin Gaye got his way.

I mentioned it to (fellow music lecturer and) bass player Rob Burns and he emailed me: "Brilliant baseline, he played it lying on his back because he was drunk”

“He” is James Jamerson, a very famous bass player, who transitioned from being a jazz upright bass player to electric bass and totally revolutionized playing.

I download the bass part, and you realize that this is absolutely not just a cut and paste operation. There are hardly any two bars in the entire song that are identical. And it gives it its wonderful living quality.

Later I found out that the arranger and conductor of the record David Van dePitte wrote the part, and Jamerson played it note-for-note as he was reading it, so perhaps the drunk on the floor story might be urban myth!

Apparently, Jamerson was utterly chuffed that the part was composed to sound the way that he played, it’s so full of Jamison-isms, if you will.

Then, we have Marvin Gaye’s singing that sounds effortless and spontaneous, like he's making it up on the spot, freestyle. But sung with conviction, from conviction.

I went looking for the song writing credits and found out that it was written by Leslie Bricusse and Anthony Newley, authors/composers of 'Goldfinger', the theme song for the Bond movie. They also did Willy Wonka and the Chocolate Factory and had heaps of hits with Sammy Davis Jr, Sinatra, Shirley Bassey, of course.

It's an unusual song because off the written page the lyrics are very optimistic, about feeling good, but the music is dark as dark as dark. Trombones and relentlessly pushing down with our old friend the descending baseline.

But the Simone tune has had 57 million views on YouTube, so the psychology of gloom-saturated optimism must still be resonating with people.

It's almost as if the music is saying: go deeper into suffering and then the birds flying high and the sun in the sky will be a source of joy. It’s a dark little number.