Rebecca Blundell gives an overview of the life and music of the renowned singer-songwriter. 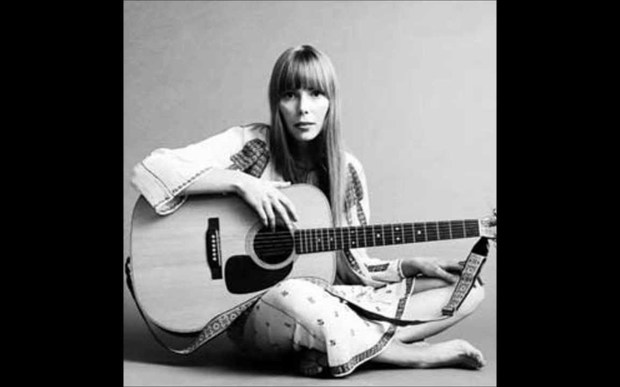 Canadian-born, Joni Mitchell moved to New York in early 1967 and worked in the folk scene in Greenwich Village, though she felt sure it was about to collapse.  She started to compose in earnest and had the foresight to set up a music publishing company, which would ensure she got the money she was due from royalties.

As soon as she devoted her attention to composition, Mitchell started to struggle with the standard guitar tuning.  She found it difficult to express the musical ideas in her head with the standard vocabulary.  So after exploring open tunings, she began to experiment by tuning her guitar to a chord that expressed the emotion she was feeling, or the environment she was in, and then writing the song with that chord as the base tuning.  She ignored key centres and standard chord progressions, just focusing on what she was trying to express.  The one thing she was sure of was that the pop-standard major and minor triads were incapable of expressing much.

Mitchell’s personal philosophy has a lot to do with a particular circle, the Native American Medicine Wheel, which traces a person’s life from beginning to end, around the wheel. Part 1's overview of Joni Mitchell and her music follows Mitchell’s life through in reference to the wheel.

"Now we are black and white, embracing out in the lunatic New York night" - Joni and the jazz bassists

"It's life's illusions I recall, I really don't know life at all"

Rebecca Blundell looks at Joni Mitchell's recordings from the '90s up to the present day (circa 2006), a time where Mitchell was… Audio