The inter-generational appeal of music 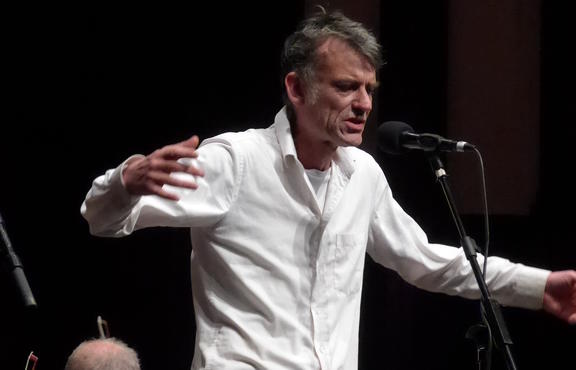 Music commentator and University of Otago lecturer Graeme Downes is continuing a seminar series with his students about songs that resonate, and finds that often, the songs the students connect with are ones their grandparents may have listened to.

He talks us though four 'resonant' songs, only one of which is of his student's generation: 'For What it's Worth' by Buffalo Springfield, 'Stressed Out' by 21 Pilots, 'Closer to the Heart' by Rush and 'Children of the Revolution' by T-Rex.

'For What it's Worth' by Buffalo Springfield

The student has a Christchurch connection in the events of March this year which inspired the choice. Again, this is almost great grandparents music but obviously it resonated.

It has an interesting tactic which presents that easy critique of circumstances that is: "if this is the answer, what was the question?"

Looking back on the song, it's very famous, [but] personally I find some of the rhyming a bit clunky. "Young people speaking their minds / getting so much resistance from behind".

The lesson for young songwriters in New Zealand is that perhaps a broadly Southern US accent, which flattens all the diphthongs, can cover a multitude of rhyming sins that we can't.

If people are interested in a counter argument for these sorts of protest songs have a look on YouTube at Theodor Adorno on pop music and protest. But yes it's an interesting area to think about and talk about the role of protest songs.

Stressed Out by 21 Pilots

This is one that is of the students generation. It has astonishing numbers on YouTube, which was 1,775,000,000 hits. That's up there. So it was an interesting delve into it.

The character 'blurry face' that is mentioned in the lyric, and it's the title of the album that the song comes from, is inhabited at the end of the song via the technologically lowered voice of the singer and songwriter Tyler Joseph.

Blurry face is the author's shadow, the voice of doubt. In the chorus we have the lines "Wish we could turn back time / to the good old days / when our mama sang us to sleep / But now we're stressed out".

This is rather shockingly regressive for someone of my generation. But it jars with the voice of blurry face at the end who blankly says "wake up you need to make money".

It's quite interesting as a window into the perceived diminished prospects of the current generation or so the staggering numbers of views would suggest.

The video is shot at one of the parents' house and the surrounding neighbourhood is hardly the stuff of the American dream, being modest at best.

It's a really interesting song. They mix up sort of reggae beats and bits of hip hop and bits of pop. They're pretty smart, great drummer.

'Closer to the Heart' by Rush

From 1977, so grandparents music again. The song was something of a radio hit, and the band suffered in the 70s from the all too familiar dilemma of having to restore it to the live set due to popular demand. Formed in 1968, Rush only disbanded last year, which is a very long career. And they obviously have a big following and were able to transfer their appeal across generations.

I have to say I'm not a fan and I'll try to articulate why with regard to the song. When the lyrical content of supposedly deep spiritual import, maps onto technically common places in the area of song craft... I wince.

Here, the title and refrain "closer to the heart" admits very few usable rhyming partners. So you go through your rhyming dictionary cart? No dart? No. fart? Heaven forbid. And ultimately the rhymes that are left kind of sound like they're driving the whole project and it undermines the spirituality of it.

So apologies to Rush fans. But Jimmy Webb I'm confident would say the same thing. And in fact, he does in his book Tunesmith where he says: if your refrain ends with 'love', you've only got 'above' and 'glove', and it's been done to death. You better find a different way to express yourself.

Now, I'm not a normal listener. I'm a songwriter. And we have a tendency to listen very, very closely to things and, it's obviously an incredibly popular band. But anyway, it was a good opportunity to sit down and put my finger on why I never got them.

'Children of the Revolution' T-Rex

The student who chose this loved it from the first time they heard it. While they played it, I'd never done this before, I started analysing it on the fly.

When the vocal entered I started counting out its phrase structure in the slow two-four that it is. After seven bars - four bars which is a regular structure and three, which is irregular, the chorus unexpectedly enters with its glorious sentiment, its soaring falsetto backing vocals, and a change of key from the dark pentatonic minor riff in E to G major. This confluence of events I find, and indeed found as a nine-year-old, absolutely irresistible.

Simple, but devilishly nonconformist structure maps onto its knowing sentiment, and perhaps only Marc Bolan could so deliciously undermine the chorus' soaring confidence with the consumerist line "I drive a Rolls Royce / because it's good for my voice", which suggests the absolute opposite of the idealistic chorus that "the children of the revolution will get fooled over and over".

So, a little over two minutes of genius that I can learn something from and enjoy.