A top Covid-19 modeller says the tools that worked to fight Covid-19 last year are not enough to battle the Delta variant, and points to Sydney where the virus is outpacing efforts to control it.

Rodney Jones is warning that until New Zealand gets more of the population vaccinated, the country will be holding its breath that the more transmissible variant doesn't enter the country.

Wellington is still on high alert after a visitor from Sydney over the weekend later tested positive for Covid-19.

Two days of testing in the capital has yet to return any positive cases in the community but today the first of the crucial 'day five' test results are expected.

Justice Minister Kris Faafoi has released a discussion document on potential reform of New Zealand's adoption laws, including the Adoption Act, which hasn't been updated since 1955. There have been calls to update the Act for decades - and attempts to do within Parliament have ultimately gone nowhere. This despite reviews by the Law Commission in 2000 recommending an overhaul, and the Human Rights Tribunal finding in 2016 that seven provisions of the legislation was inconsistent with the Bill of Rights. Including single men applying to adopt to have 'special circumstances' before being allowed to adopt a girl, and the inability for same-sex couples to adopt. In 2018 Prime Minister Jacinda Ardern stated adoption reform was a priority for the Labour-led government. Annabel Ahuriri-Driscoll is a Māori health and wellbeing lecture at the University of Canterbury who was adopted, and has investigated the impact of adoption on children. 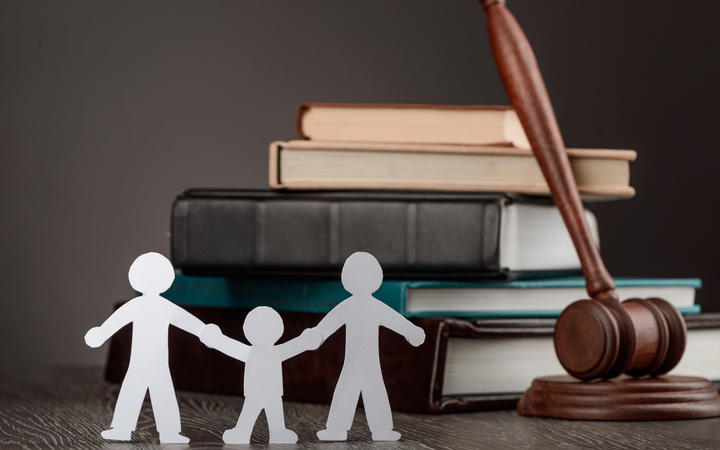 An Oranga Tamariki youth justice residence is providing opportunities for residents to learn hospitality skills, by getting their help to run a cafe at the facility. Te Au rere a te Tonga in Palmerston North is the home to up to 30 rangatahi aged between 14 and 19. Together they plan menus, learn to prepare meals, and serve customers at the Courtyard Cafe. It's just one of the programmes available at the youth justice residence that aims to teach practical life skills and help prepare them for the workforce. Kathryn speaks with Tom Zimmerman, the residence manager at Te Au rere a te Tonga. 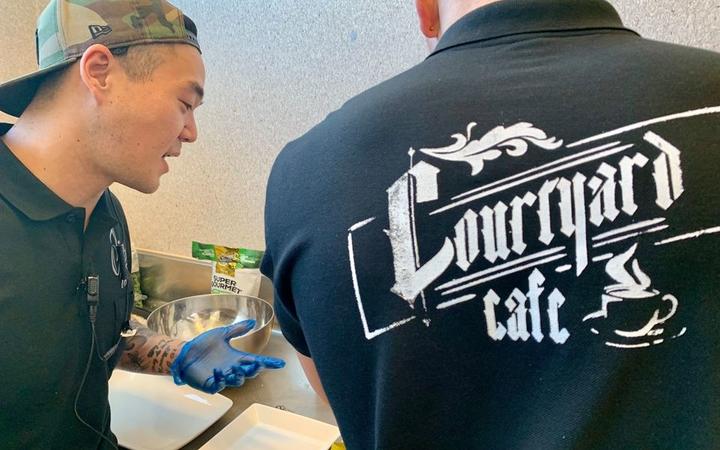 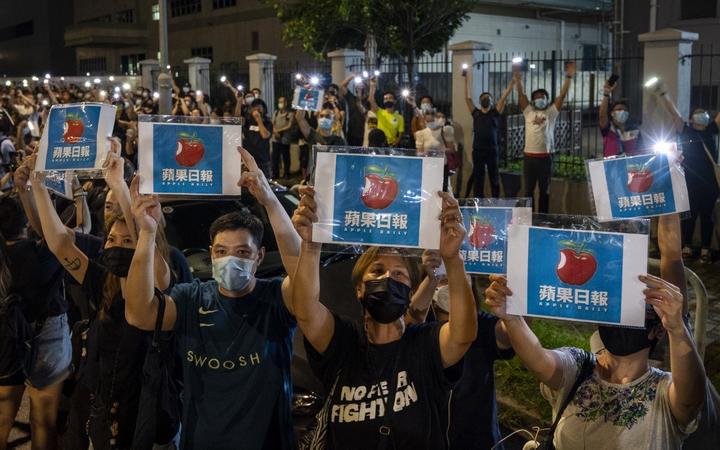 Another dark period in Hong Kong with the forced closure of popular pro-democracy newspaper, Apple Daily  and serious questions over whether Hong Kong's judicial independence is really under threat now too. Ed also has latest Tokyo Olympics controversies. 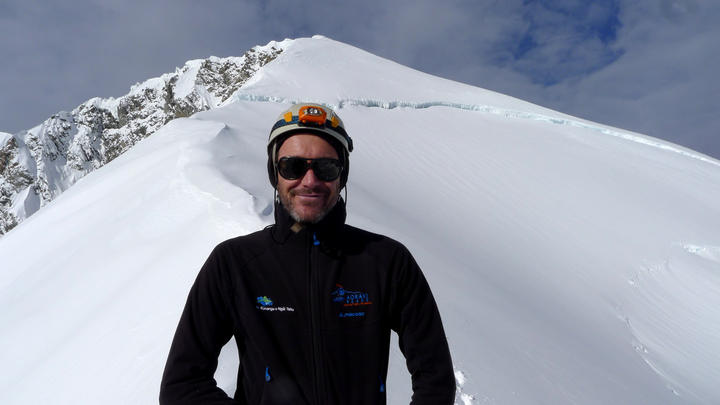 Nic Low is an author of Ngāi Tahu and European descent, born in Christchurch, he writes fiction, essays and criticism.  Nic Low's new book Uprising takes the reader on fifteen treks through "ancestor country", Ka Tiritiri-o-te-moana, the Southern Alps, following historic routes. Uprising traces journeys Nic took through the mountains on foot, ski and by waka to unlock the stories of Māori explorers, raiding parties, gods and goddesses. He walked to understand.  Each chapter is a physical journey through the landscape, revisiting episodes in history  and attempting to understand how his forebears saw the land.  It's a book about immersion in place, which he hopes trampers and climbers will take to read in situ.  Nic is appearing at the Mountain Film and Book Festival. 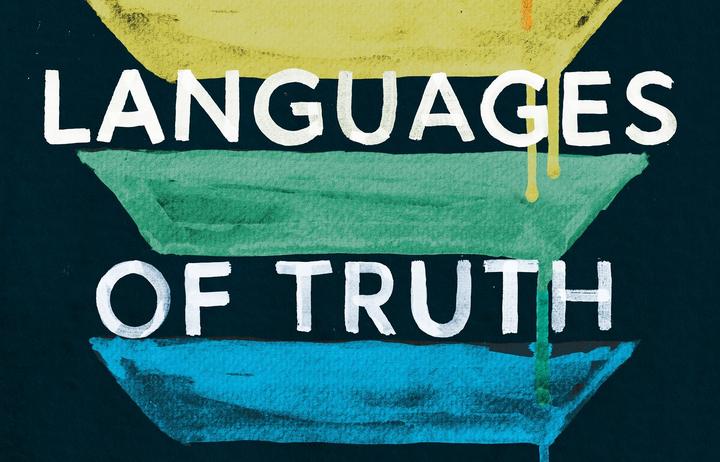 Hand Me Down World, episode five. Written by Lloyd Jones. 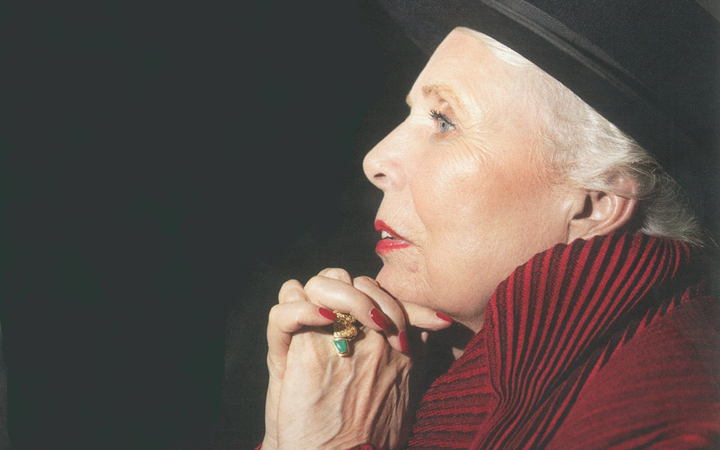 A 50th birthday celebration for Joni Mitchell's masterpiece, plus Troy Kingi collaborates with Delaney Davidson for the latest in his sequence of albums, and St Vincent's homage to slippery 70s funk.

Sam celebrates the Black Caps - World Champions, and talks to Kathryn about the unsung heroes of the team as well as the headliners. Also a look at the All Blacks Squad, 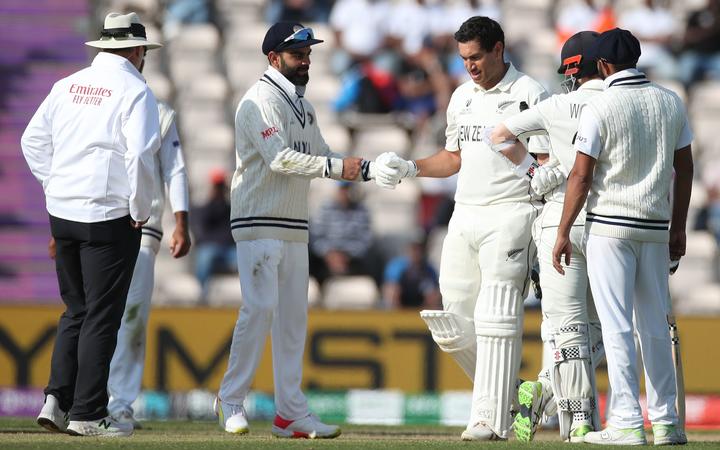 Comedians Irene Pink and Elisabeth Easther talk about the elephant in the room, and more.