One day at his desk in Melbourne, Nic Low (Ngāi Tahu) felt an "immense sense of joy" when he thought he glimpsed the Southern Alps out his office window.

"Of course I did a double-take because I was in Australia and I was actually looking at an approaching storm front… that wind was home calling to me." 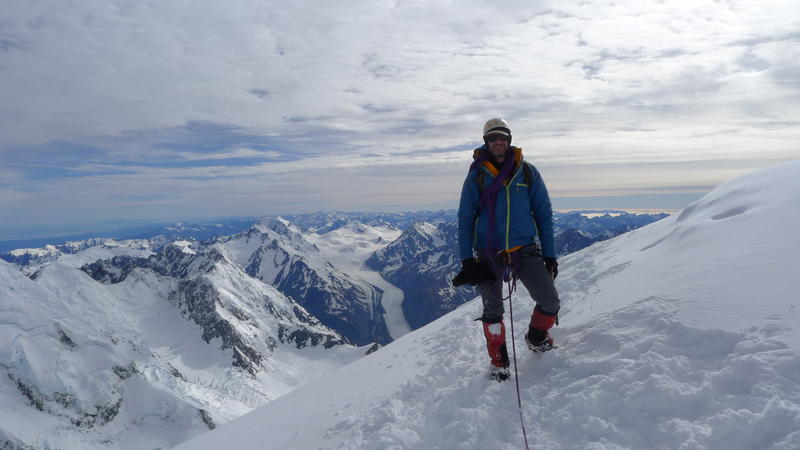 Nic Low in the Alps 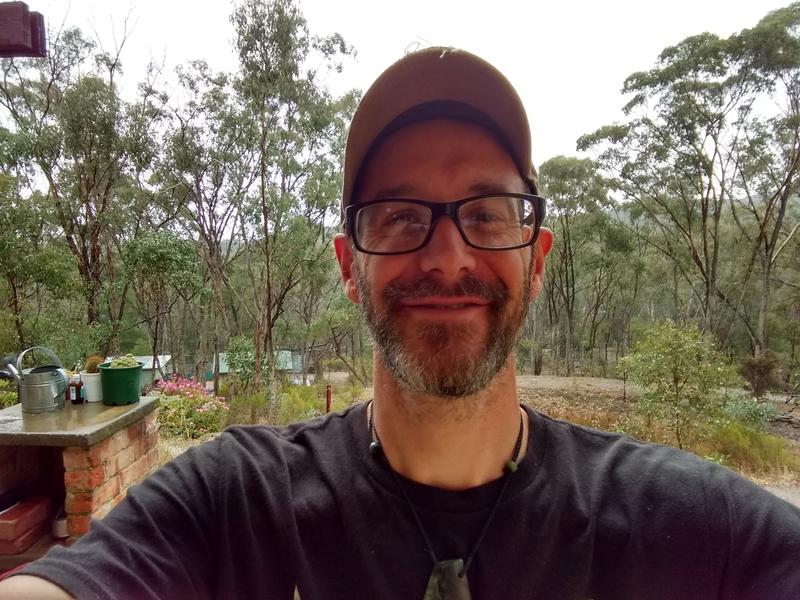 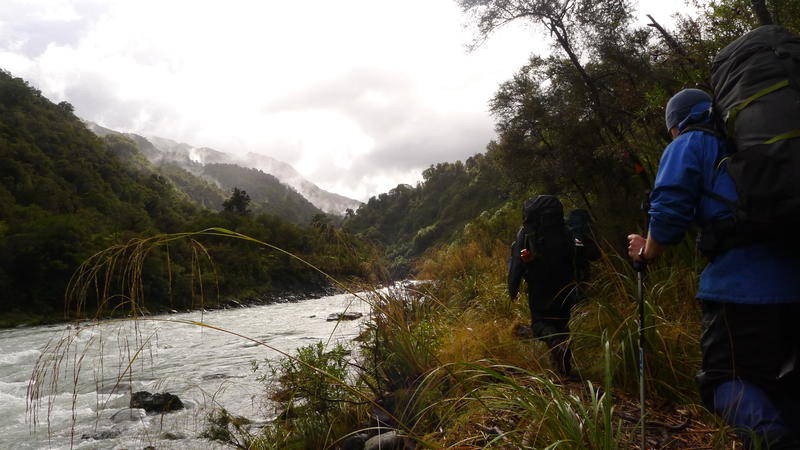 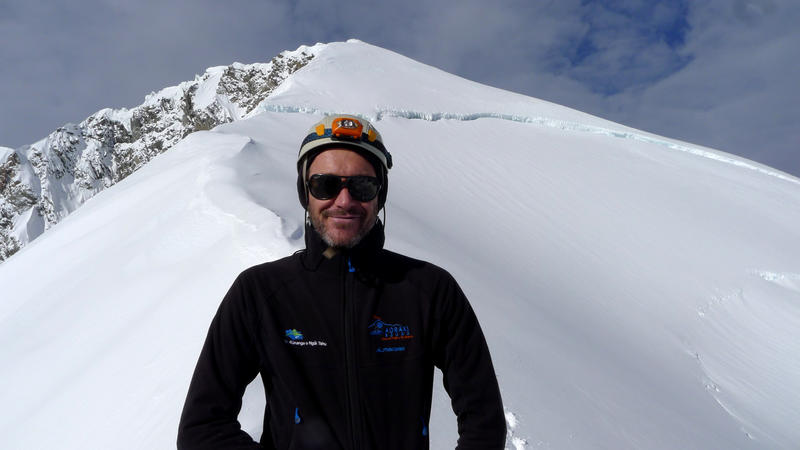 Nic in the Alps 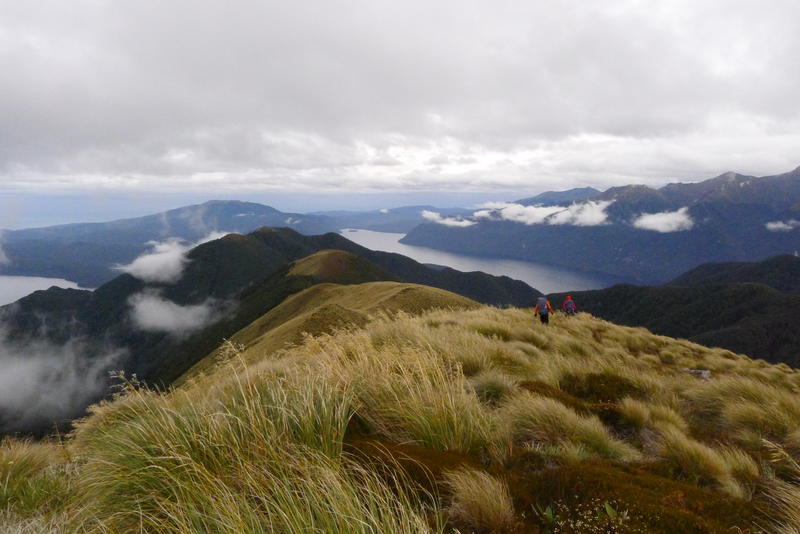 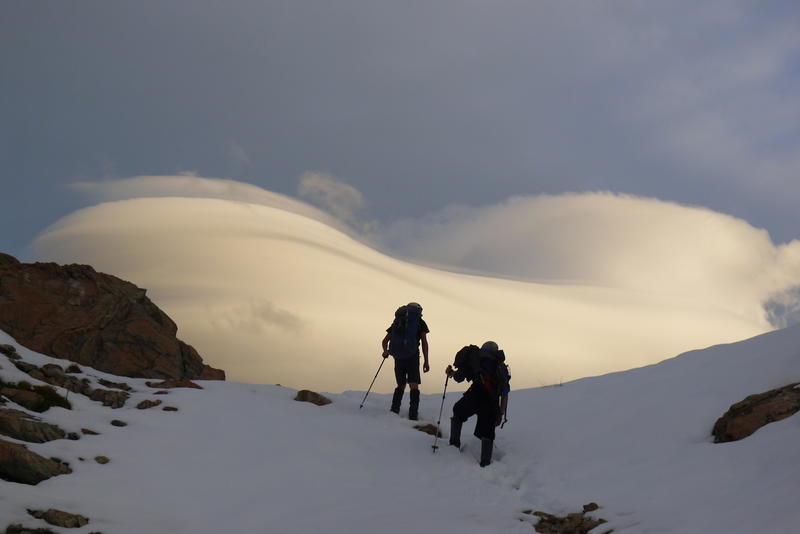 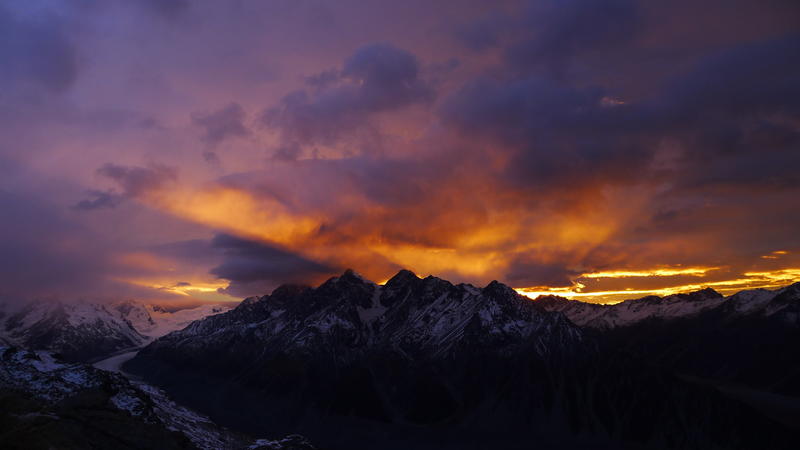 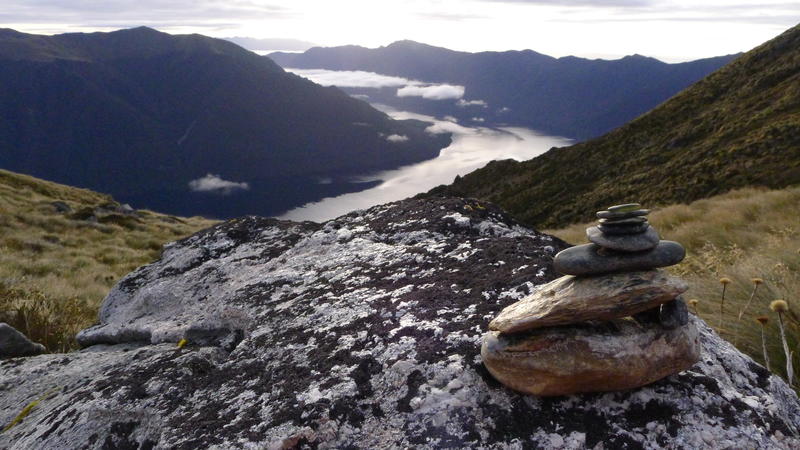 Returning to New Zealand to write a book about the Māori history of Kā Tiritiri-o-te-moana (the Southern Alps) was a way for Nic to reconnect with his Ngāi Tahu roots after being in Australia for 15 years.

Armed with Ngāi Tahu's traditional oral maps and digital atlas, Nic made 15 journeys into the Southern Alps - on foot, ski and by waka - to unlock the stories and histories of his ancestors in the high country and mountains.

Nic writes of 9 of these 15 physical and historical journeys - some made alone, some made with whānau and some with big groups - in the new book Uprising.

For one journey, 30-odd people went on a hikoi from Milford Sound to Murihiku Marae in Invercargill - a journey that according to historical records hadn't been done since 1838.

"We paddled Milford Sound by sea kayak then we walked the Milford Track backwards, which was a real blast … [Due to a massive storm that meant everyone going the usual way had been evacuated] there was no-one on the track coming in during those first couple of days. It was magic to get to experience that landscape just by ourselves."

Nic made one trip on his own to scope out Sealy Pass in the dead of winter, but the further up into the valley he went the more things started going wrong.

"At every point, my way was barred. I got pushed back by storm, by wind, the glacier lake itself wasn't frozen. And each night, the further I went up the valley, there was a kind of flickering light about the mountains… a kind of lightning we call 'kapo'. I remembered in the old days, kapo was considered an omen but I couldn't remember what it was an omen of. Little by little I got closer to the pass … but the feeling I had was that I was not going to be allowed to make it to the pass."

Near the top of Sealy Pass, Nick stood on a thin slab of snow and triggered a slab avalanche.

"I think I just got lucky. It spat me out the bottom into daylight and I just lay there on my back then stood up and keep walking.

"The feeling I had was... just imagine a giant creature reaching out and just cuffing you, with the claws retracted, whacking you round the head and knocking you back into your place."

When he got back to civilisation, Nic discovered that for early Māori, kapo was a warning sign.

"Kapo was a really bad omen and if you saw it playing about a mountain pass in the distance it was a warning that there would be an accident or a death at that spot, which was pretty sobering for me after the fact."

In writing Uprising, Nic came into contact with Ngāi Tahu experts who hold the deep "living" knowledge of the Southern Alps, Nic says.

Within him, there remains a tension between looking at the mountains from afar as sacred - and the impulse to climb and explore them.

"To explore that tension I mounted an expedition to not climb Aoraki/Mount Cook, to set out up the Linda Glacier route and to find out just how far I would go to pay my respects, to not think about it in terms of conquering the mountain or standing on top of his head, because Ngāi Tahu asks that climbers do not stand on the very top of Aoraki … I just wanted to go to his shoulder to speak aloud some of our old traditions, to mihi (pay tribute) to him from right up close."

Nic is hopeful trampers will take this book along with them as a map for other resources.

"I'm hoping people will come to look at those landscapes not as wilderness but actually as a place very rich in story and history."

Coming from a family of mountain lovers, Nic has fond memories of his dad take him and his brothers into alps around Arthurs Pass "our stomping ground" and pointing out peaks.

In connecting with his Ngāi Tahu heritage by writing Uprising, Nic sees himself as doing the opposite of his great-great-grandfather John Hunter - who grew up in 19th-century Southland and passed himself off as a white man even though he was Māori.

"I pass as white - I look very Pākehā, I look like my dad. So it kind of struck me that I was almost doing the opposite of what john hunter was doing. He was writing himself into existence as Pākehā and through this book, I'm claiming, I guess, my Māori heritage."

Nic Low is appearing at the Mountain Film and Book Festival in Wanaka on 28 June.