Nine To Noon for Thursday 8 October 2020 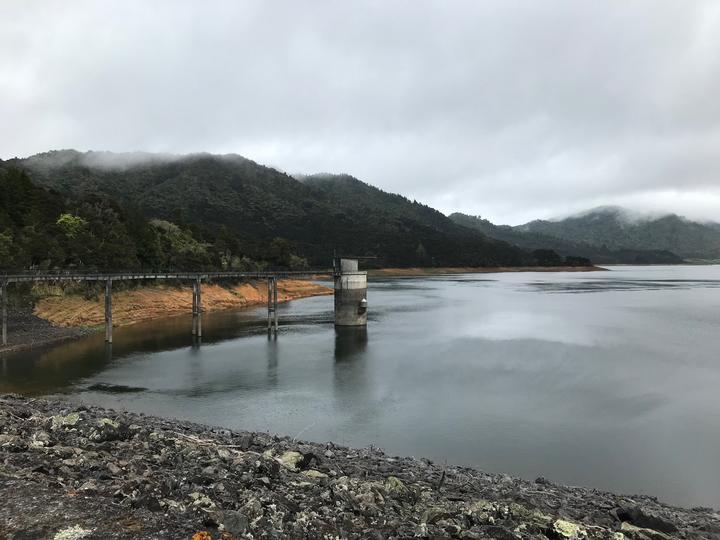 As the weather warms up, what is the outlook for parts of the country hit by drought last summer?
Despite water restrictions imposed in May, Auckland water storage dams are only at 67 per cent - still 20 per cent below historic levels. From next Monday water these will be slightly eased for commercial water users, but the ban on garden hoses, home and car washing will continue until at least December when the council will review dam levels and consider summer weather forecasts. Niwa's latest monthly climate summary shows Northland and Auckland got less than half of their normal September rainfall. Kathryn talks with Niwa Principal Forecasting Scientist Chris Brandolino and Marlon Bridge, acting Chief Executive of Auckland's Watercare, Marlon Bridge.

09:20 The Kiwi researcher exposing the links between the religious right and Trump

A New Zealand researcher has helped expose how data is being harvested and used by churches in the US to microtarget and attract vulnerable people into right-wing politics. People You May Know  delves into what Cambridge Analytica was doing ahead of the 2020 election: working with a software company and deep-pocketed churches in America to gather information about people and encourage desired individuals to vote Republican - and for Donald Trump. The documentary follows Charles Kriel, a former specialist advisor to the UK Parliament, as he visits churches in the US and ends up going undercover at a high-level meeting of the Council for National Policy - an umbrella organisation and networking group for conservative and Republican activists in the US. Brent Allpress is an Open Source Intelligence researcher, based in Melbourne, who has helped uncover the activity. People You May Know is available for New Zealand viewers to watch on Rialto Channel, Sky Channel 39. 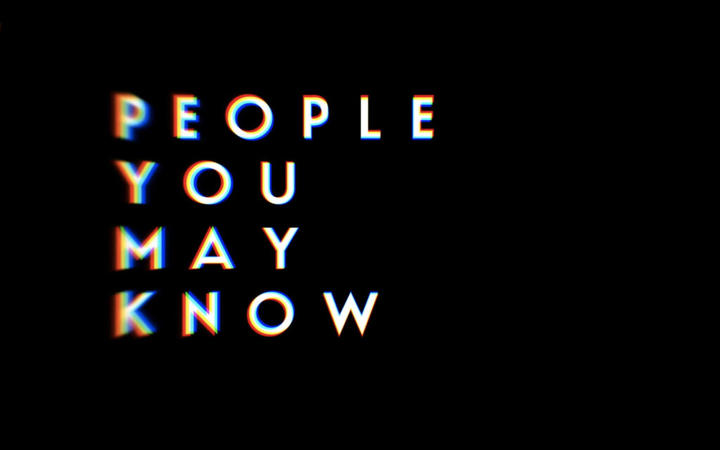 UK correspondent Matthew Parris joins Kathryn to talk about the "technical glitch" that saw nearly 16,000 Covid 19 cases go unreported. Wales is considering introducing quarantine for those from Covid hot-spots, and arrivals into the UK is expected to be introduced this month. And are towns more friendly than cities? A new study suggests maybe not. 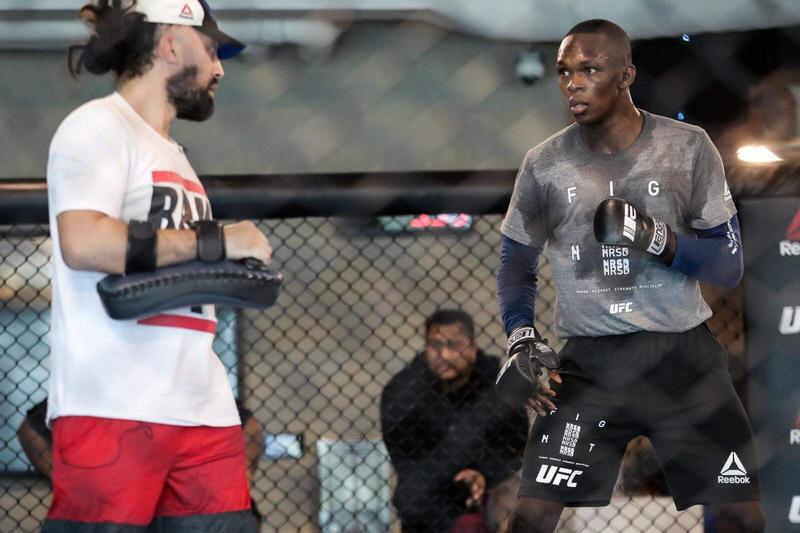 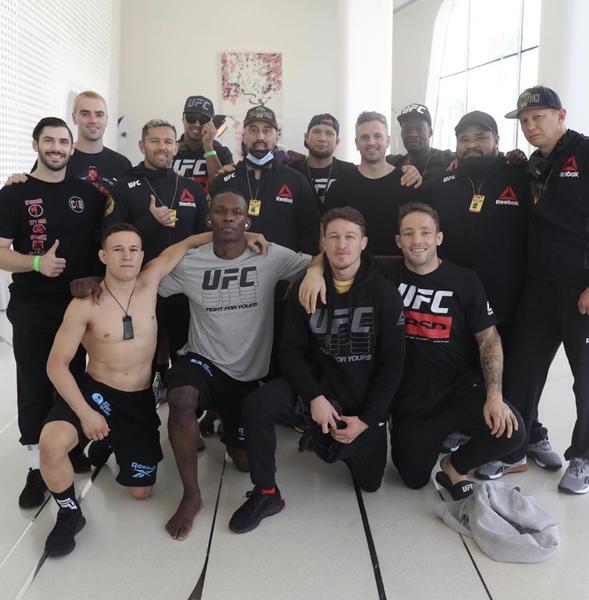 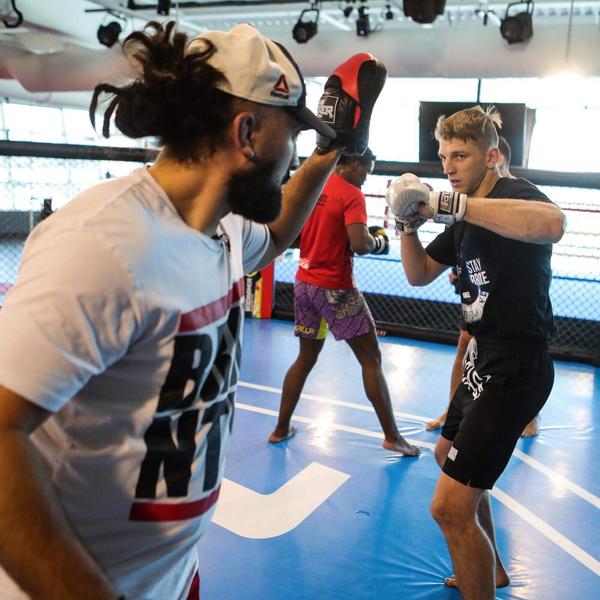 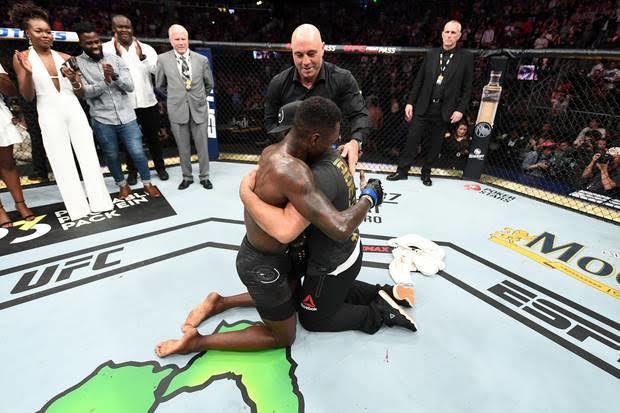 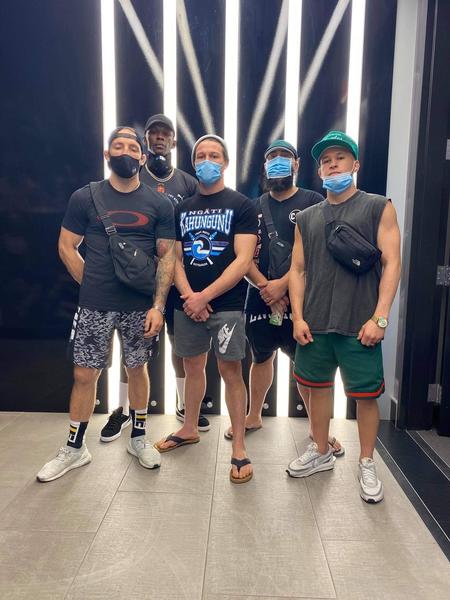 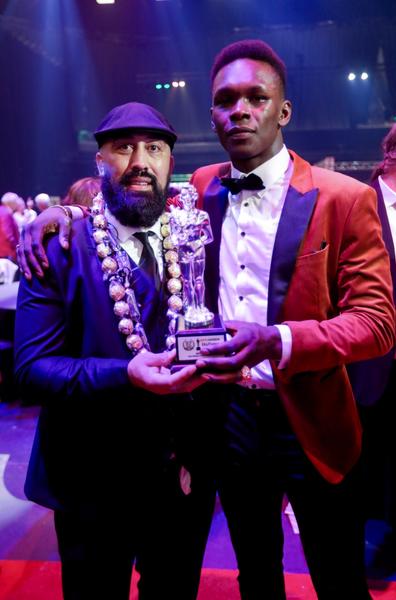 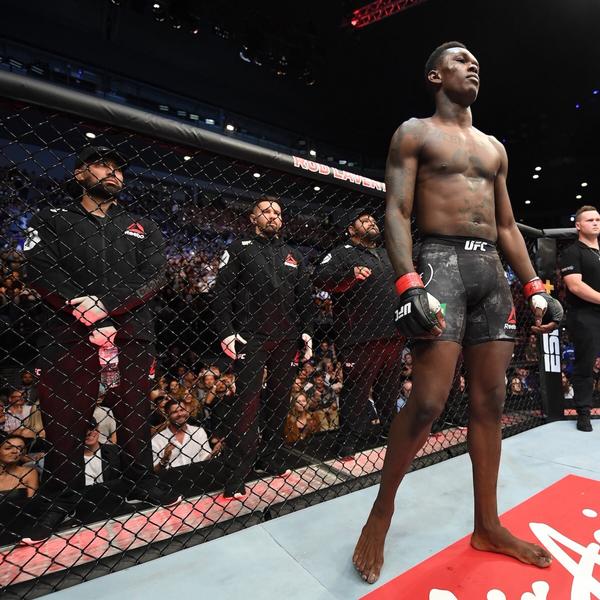 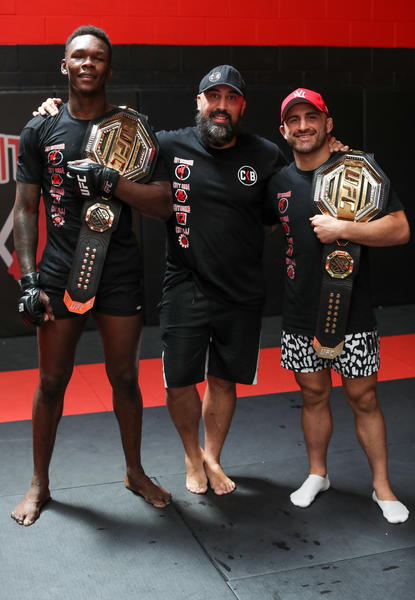 Eugene Bareman, coach of Israel Adesanya and mastermind behind one of the world's best ranking MMA gyms in Auckland talks to Kathryn Ryan about the 'kiwi invasion' on Fight Island and his take on inspiring male and female fighters. Eugene Bareman, opened City Kickboxing with fellow fighter and co-owner Doug Viney. Late last month it had four fighters in the ring at  the UFC 253 on Fight Island in Abu Dhabi. Eugene Bareman is also part of the coaching team for the current UFC Featherweight Champion, Australia's Alexander Volkanovski. 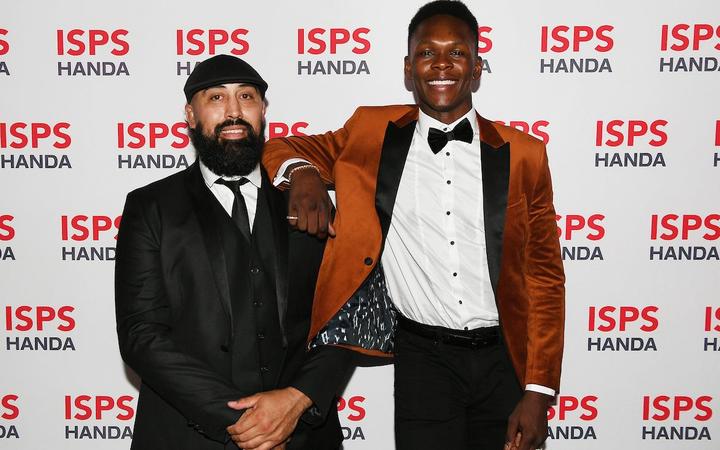 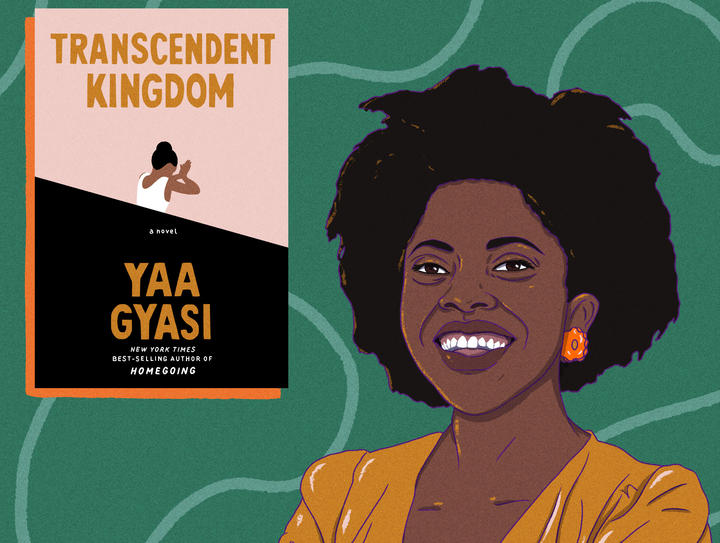 A Ghanaian-American neuroscientist reflects on her loss of faith while seeking a medical cure for her mother's depression.

The Mesmerist, episode four. Written and read by Barbara Ewing.

Tech commentator Paul Matthews joins Kathryn to talk about how technology could be harnessed to identify and fight bushfires in Australia, with a plan between Optus and the Australian National University. Billions of dollars has been earmarked for investment in digital technology and infrastructure in the Australian Budget, and as we get set to vote in this year's general election the issue of online voting is being raised again. 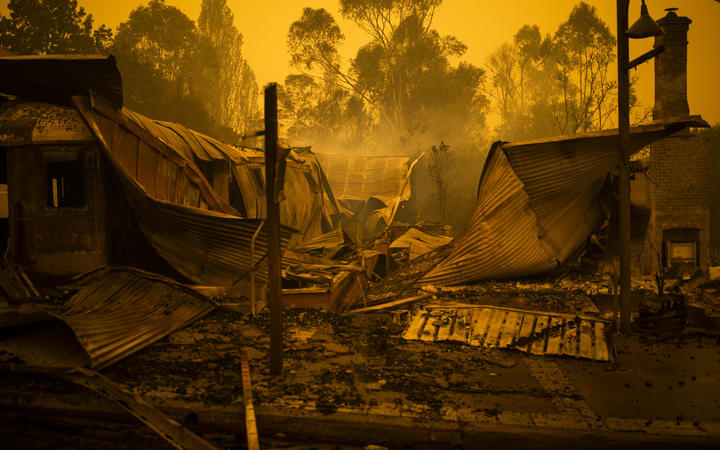 The remains of burnt out buildings are seen along main street in the New South Wales town of Cobargo on December 31, 2019, after bushfires ravaged the town. Photo: Sean Davey / AFP

11:25 Getting ready for NCEA exams: What can students and parents do?

With just over a month to go to the start of NCEA exams, there'll be more than a few nervous students around the country. It's been a tough year of learning interruptions for secondary students, particularly those in Auckland who suffered through two lockdowns. So, with five weeks of studying time up their sleeves, what can students do to prepare themselves? Kathryn talks to Dave Cameron, CEO of online learning tool LearnCoach, for some tips and tricks to make the exam period a bit easier. 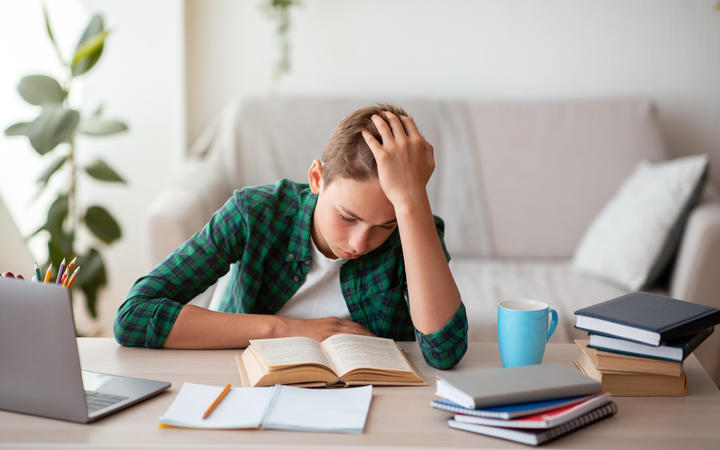 Film and TV reviewer James Croot looks at Aaron Sorkin's upcoming Netflix movie Trial of the Chicago 7 based on the legal case against a group of anti-Vietnam protesters. On the Rocks is a new comedy starring Bill Murray and Des is a mini-series starring David Tennant about Scottish serial killer Dennis Nilsen. 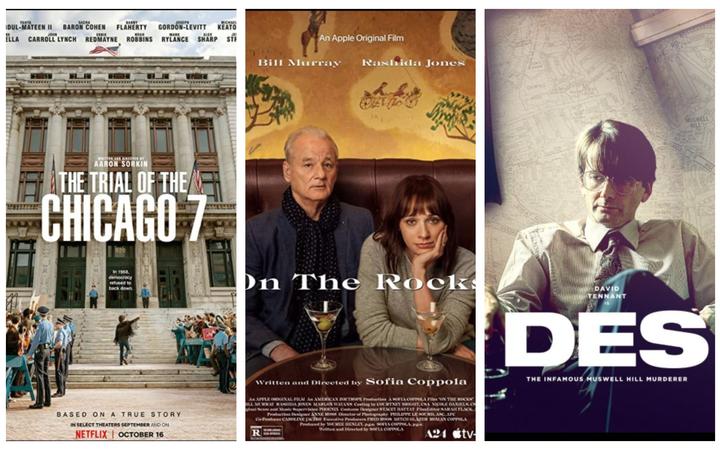