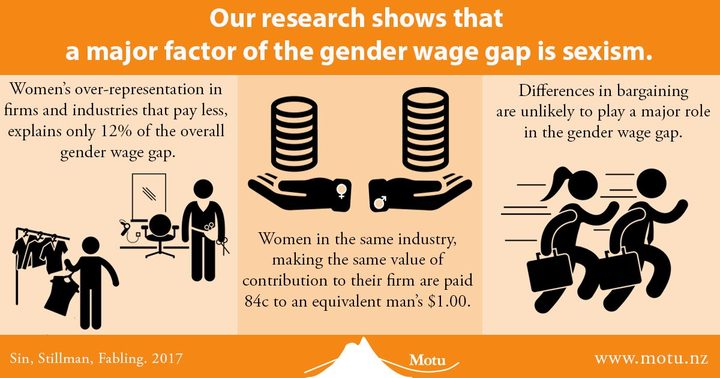 New Zealand research is showing what some people have always suspected, that sexism, not women's unwillingness to bargain, or their chosen occupations is the likely driver of the gender pay gap. Motu Economic and Public Policy Research, an independent economic institute, looked at a decade's worth of wage and productivity data for New Zealand. It found that even when contributions to their employers were the same, women were paid 84 cents for every $1 men receive. Women being more likely to work in low-paying industries such as food and beverage services only accounted for 7 per cent of the pay gap. Looking closer at for-profit firms, the researchers found a 16 per cent gender wage gap for women making the same contribution as men. 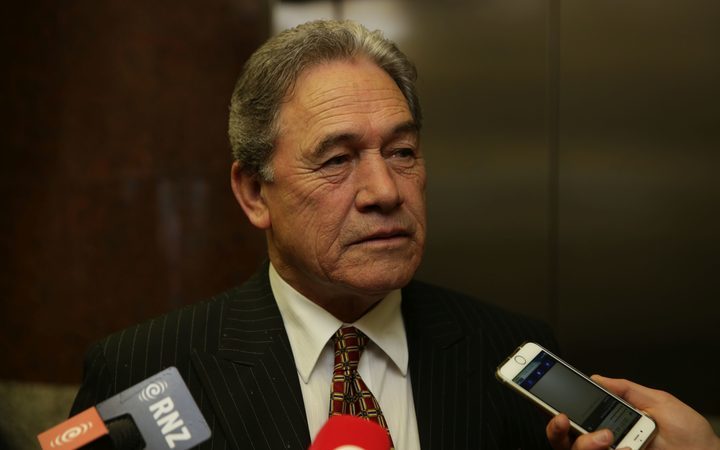 RNZ's political editor, Jane Patterson unpicks the story over Winston Peters' pension over payment controversy and the many questions being asked over how information about his superannuation came to be in the public arena. 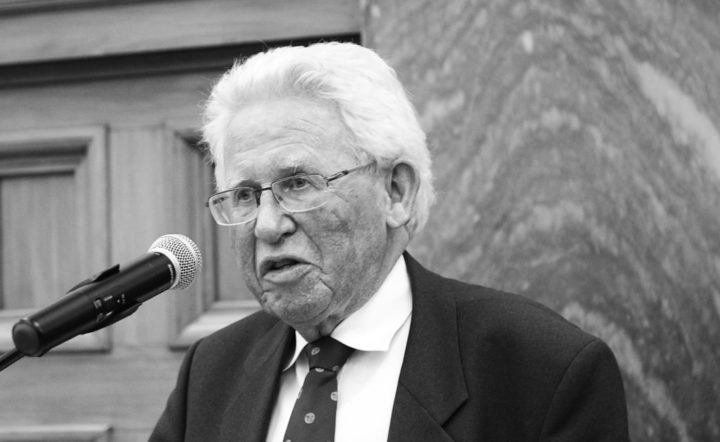 Sir Kenneth Keith is a former Supreme Court Judge, and the only New Zealander to serve on the International Court of Justice in The Hague. Today he is giving a lecture in recognition of the ACC architect Sir Owen Woodhouse which contains some strongly worded comments about why incapacity should include illnesses, like cancer, in the ACC scheme.

Kathryn Ryan talks to Susan about the latest with Hurricane Harvey as it tears through Texas; and President Donald Trump's pardon of Arizona sheriff Joe Arpaio. 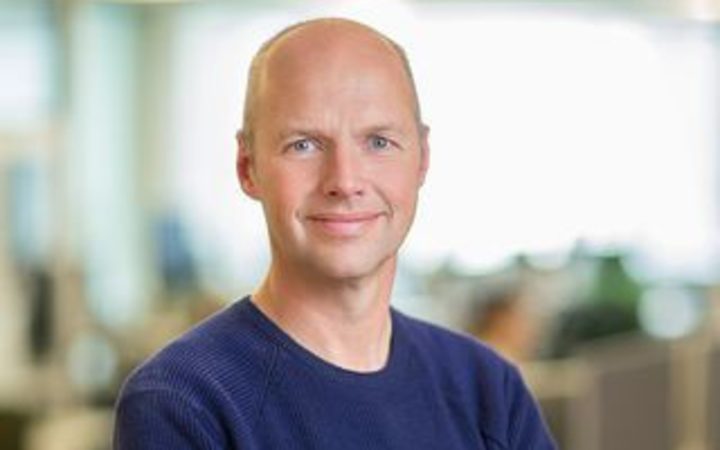 Sebastian Thrun is an innovator, entrepreneur and computer scientist who led the development of the Google self driving car. He's now on a mission to "democratise education", though Udacity, an innovative online educator that provides "nanodegree" programmes, which cost a few hundred dollars, take a few months and are tailored to needs outlined by employers. He's also the chief executive of the Kitty Hawk Corporation, which launched a flying car earlier this year in the United States. He talks to Kathryn about the challenges and opportunities of disruptive technology.

Kathryn Ryan speaks with Rod about the results of the Business New Zealand/Deloitte survey, namely the shift in business sentiment that socio-economic well being is the biggest concern. 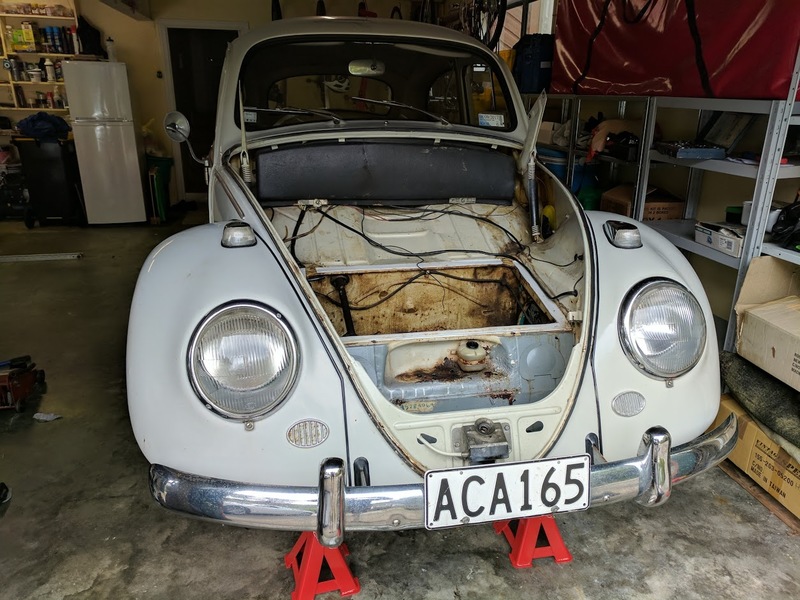 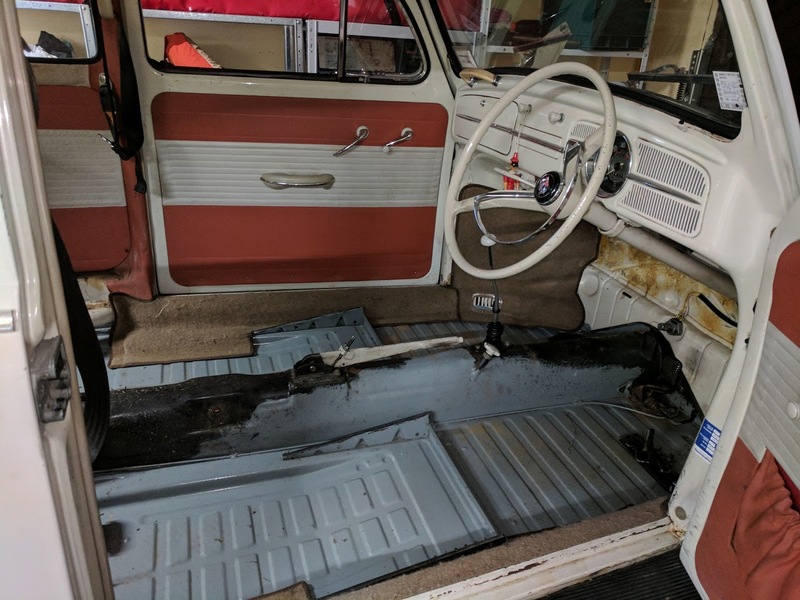 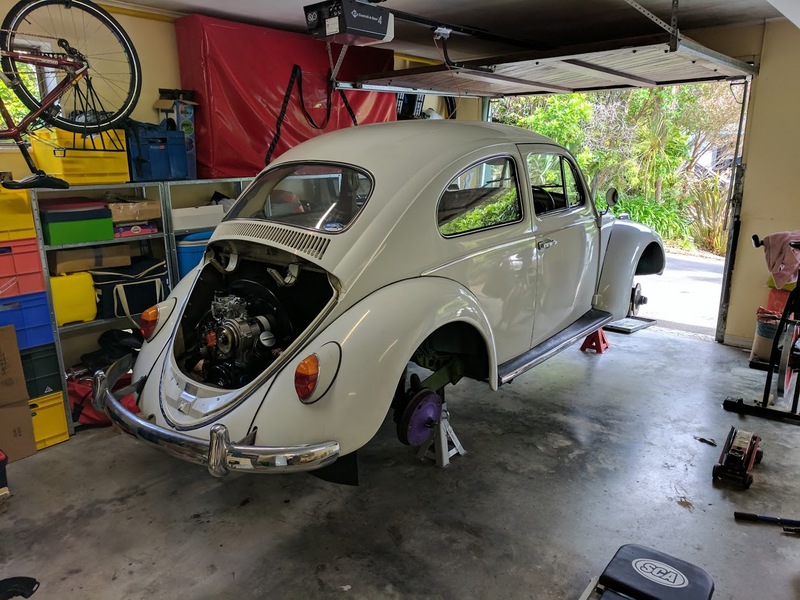 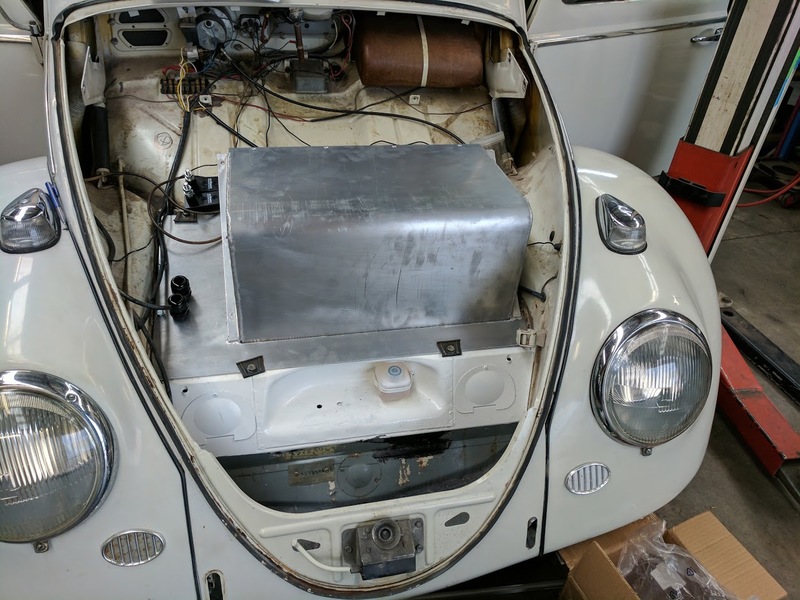 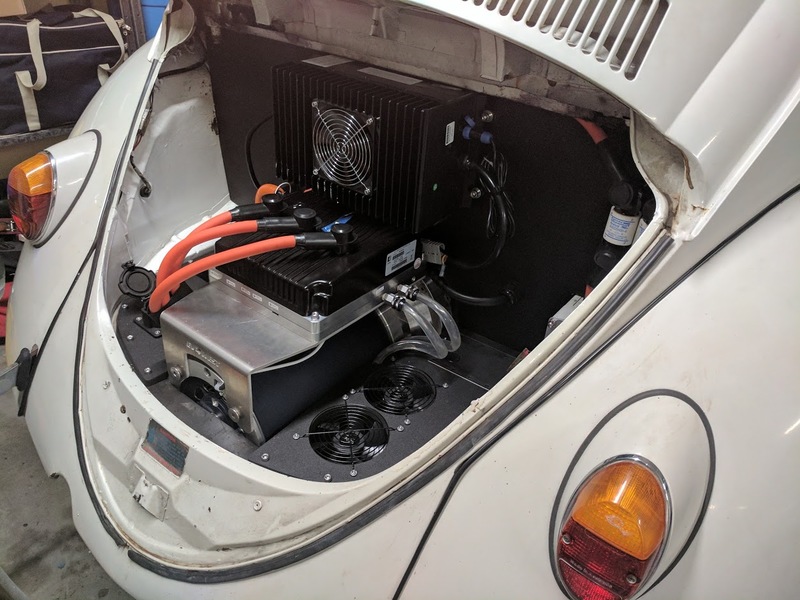 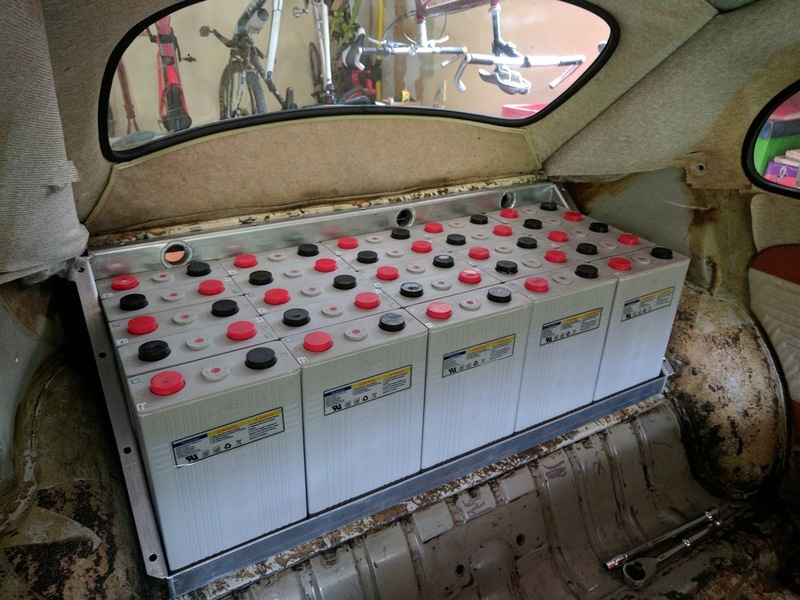 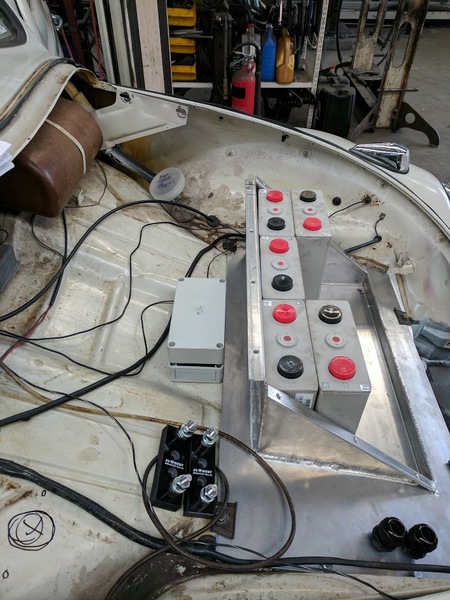 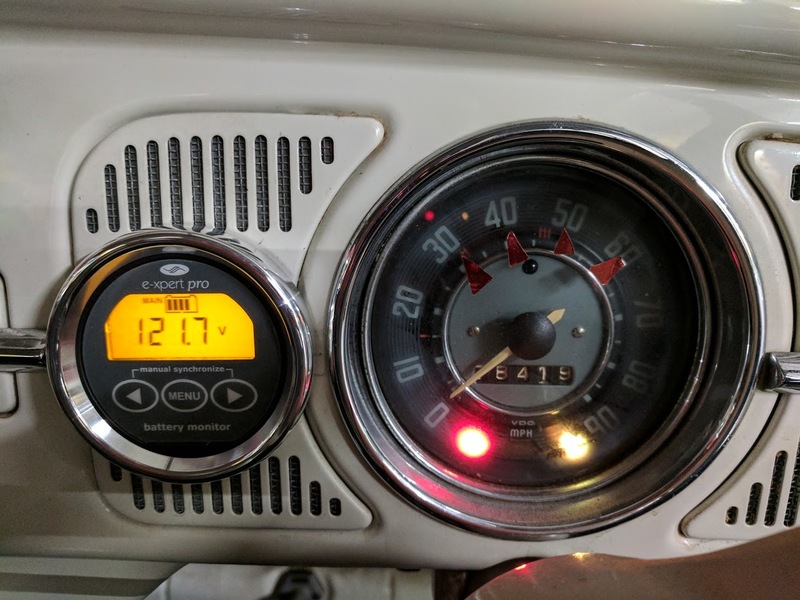 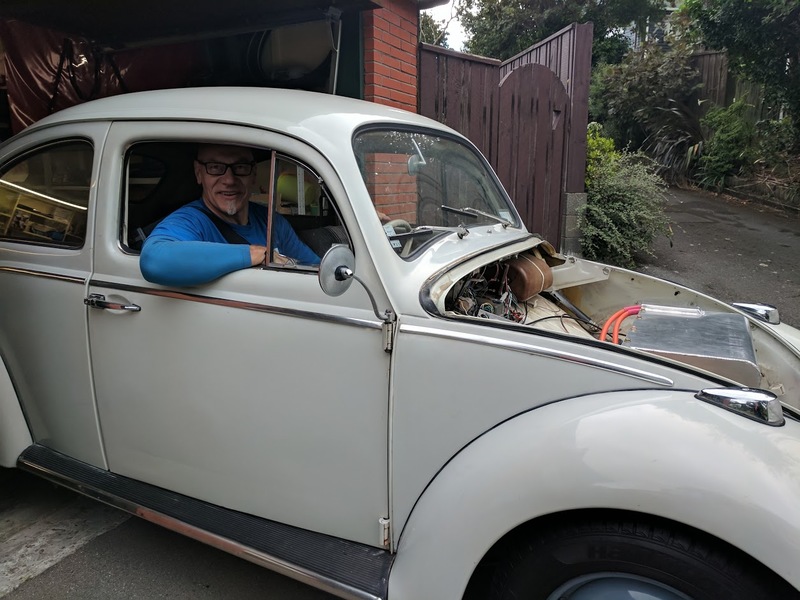 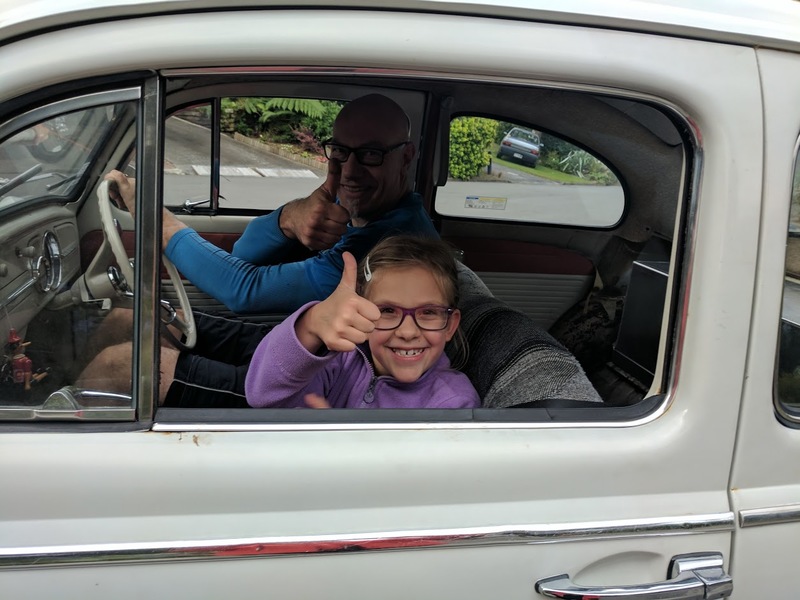 Volkswagens have been a lifelong love affair for Carl Penwarden. So much so that he's just brought his 1965 Beetle, named Trixie, into the current day by converting it to 100 percent electric. He began the mission late last year, stripping the old vehicle of its motor and getting stuck into the mechanics, and managing to document the entire journey with his camera. It came about from wanting to find a way to make the car relevant for his young daughter, Abby, after contemplating whether or not the petrol car would be relevant by the time she learns to drive.

Gavin Ellis talks to Kathryn Ryan about The Spinoff's documentary on the housing crisis and New Zealand Geographic's coverage of creatures on the edge of extinction.