In what seems to be the latest symptom of Auckland's booming housing market a new company is offering to allow New Zealanders to enter the property arena for 500 dollars. The Ownery works by selling shares in companies set up to buy individual houses and it's being advertised as a way for people who want to save for their own home to tie the value of their savings to the value of house they may one day want to buy. Kathryn speaks to the company's chief executive, Paul Jacobs.

In 2003, Emma Sky was working for the British Council when she saw a Foreign and Commonwealth Office email request for civilian volunteers. Despite opposing the war, she decide to help out as a way of apologising for the war to the people there. She was only going for 3 months, but went on to serve in Iraq longer than any other senior military or diplomatic figure. 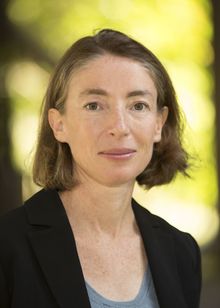 Emma Sky, served as the governorate co-ordinator of Kirkuk in Iraq for the Coalition Provisional Authority from 2003 to 2004, and as political adviser to US General Ray Odierno until 2010.

She is currently the director of Yale University's World Fellows programme and lectures on Middle East politics. Her  book The Unravelling: High Hopes and Missed Opportunities in Iraq was just recently shortlisted for the 2016 Orwell prize for best political writing.

Emma Sky is coming to New Zealand for the Auckland Writers Week between the 10th and 15th May. 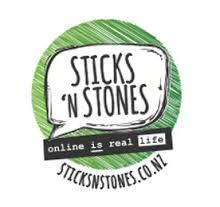 Sticksnstones is a Central Otago project aimed at reducing online bullying and run almost entirely by young people for young people. The organisation was founded in Central Otago four years ago and is a student led project - the idea being that students have a huge amount of experience with life online and can support younger people and their families to understand the pitfalls. Sticksnstones operates in 7 secondary schools in the region, and is now looking to expand into Auckland. Kathryn talks to three founding members - Otago University nursing student, Ashley Smith;  Canterbury University Bachelor of Teaching student Nicky Wheeler and Dunstan High School Year 12 student Sarah Villela.