Sally Faulkner, Journalist Tara Brown and her film crew are back in Australia now - after the plan to abduct Ms Faulkner's children went horribly wrong.

They have now been released after charges against them were dropped by Ms Faulkner's estranged husband. But four men from Child Abduction Recovery International, who carried out the plan, remain in custody in Beirut - we speak to Joe Karam, the Beirut based lawyer for two of them. 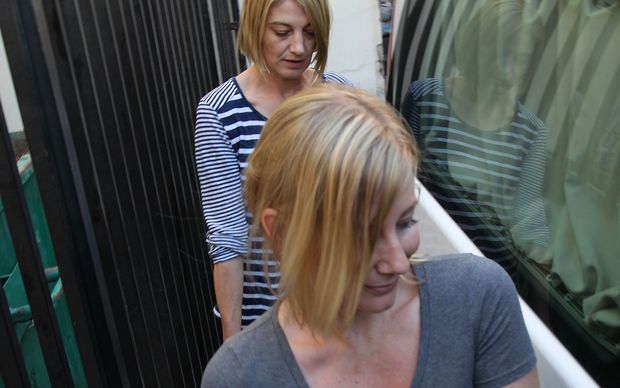 The New Zealand Association of Scientists is warning this year's contestable funding round may have the lowest success rate yet. The NZAS says this year MBIE has put fewer restrictions on the type of projects being considered and says the success rate could end up being so low that the cost of writing up all the unsuccessful proposals could eclipse the total amount of funding on offer. The Association is discussing this issue and others at a conference celebrating its 75th anniversary this weekend.

Dr Robert Dale talks to Kathryn Ryan about using natural language generation to get the most out of big data.

Charlotte Glennie analyses John Key's visit to China and discusses the aftermath of the recent earthquakes in Kyushu, Japan.

Like many teens growing up in the 90s James loved video games... but in his high school years that love became a damaging addiction.  Eventually he overcame that compulsion and after a stint touring the United States as a rock musician James became a game designer. In his career James has worked on games ranging from the massively popular first person shooter series, Call of Duty, to the Facebook craze FarmVille. But he's best known as the writer of Extra Credits, a web-series tackling the promise and pitfalls of games.

James is also interested in how game systems can be used for education - which he's explored through a side project, Extra History.

Jeremy Taylor pays tribute to the singer, songwriter and performer Prince, as well as checking in on former Husker Du man Bob Mould's latest solo offering, along with a classic from the vault from Graham Nash.