Six students from St Thomas of Canterbury College in Christchurch have recently completed their second Youth Custody Index  which was launched and endorsed by the Principal Youth Court judge Becroft.
They have found almost 70 percent of those who leave youth custody are re-convicted, and almost half re-imprisoned, which they say raises serious questions about rehabilitation and education programmes in the units.
The leader of the Youth Custody Index is year 13 student, Charlie Devine
Paul O'Neil is the General Manager of community law canterbury who worked with the students on the index. 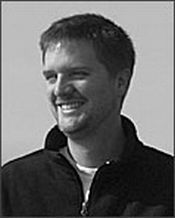 American Apocalypse by Matthew Avery Sutton follows the stories of early evangelists, the meeting halls and publications that gave a specific world view of the Bible, Armageddon and a second coming of Christ. With backdrops of World wars, the Great Depression and threats from foreign super powers, the focus on an anhilistic outcome for non-Christians, has not been hard to sustain among religious conservatives and it's informed American politics on everything from the US position on the State of Israel to Obama Care and how Russia should be regarded.

Mark Bowers is a paediatric psychologist who specialises in neurodevelopmental issues including autism Spectrum disorder and ADHD.

He has written the book 8 Keys to Raising the Quirky Child which advises parents on the best ways to understand their child's brains and behaviour and to facilitate their social functioning in the world.