The suspended Nauru opposition MP Roland Kun remains without a passport and separated from his family here in New Zealand. Mr Kun's passport was confiscated six weeks ago when he tried to leave the country for New Zealand - he had been involved in anti-government protests.

The Social Development Minister, Anne Tolley has put a stop to an "observational study" of children to assess a new tool to predict the risk of abuse. The Ministry of Social Development commissioned Auckland economist Professor Rhema Vaithianathan to develop the model, which uses data about children and their families to identify those at risk of physical, sexual or emotional abuse before the age of two.

But Ministry documents show officials tried to get ethics approval for a study which would risk-rate newborns and then keep a watching brief to check if the predictive tool worked.

Chris Valasek successfully hacked a Jeep Cherokee using only a laptop, taking over so that the driver no longer had any control. He's the Director of Vehicle Security Research at IOActive... the hacking was all part of an experiment to prove just how vulnerable many high tech cars are to being remotely controlled.

The hacking was filmed by Wired.

10:05 Tech Entrepeneur Salim Ismail on building a start up

Tech entrepreneur Salim Ismail is the author of Exponential Organisations and Founding Executive Director of Silicon Valley based, Singularity University, which is part think-tank, part business-incubator.

He is about to visit New Zealand as a guest of Callaghan Innovation, to speak about how to build a start-up at a time when disruptive technologies and globalisation are transforming the way we do business.

He argues that it is time for a new model - what he calls the Exponential Organisation.

Details of his talk are available on the Callaghan Innovation website.

Read by Susan Wilson and Uma Giri (Episode 9 of 12)

11:30 The benefits for children of working with animals

Louise Bourne is a former early childhood teacher who has long felt that kids spend too much time indoors. She decided to set up a rural experience programme for children at her three acre farm in Horokiwi near Wellington. Under her tutelage, kids learn how to feed and care for animals - from guinea pigs to horses, and spend time outdoors. 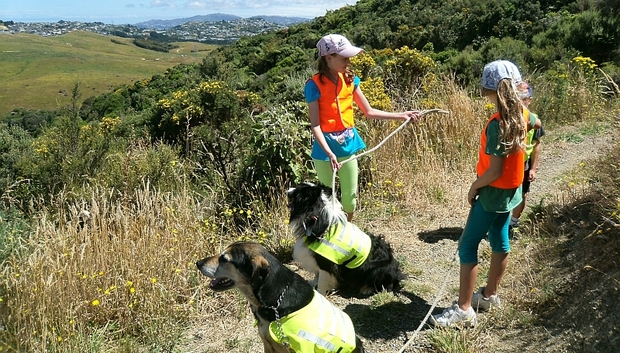