09:05 Clinicians alarmed over impact of TPP on drug costs

John Key has admitted that patents on medicines will be extended under the Trans Pacific Partnership, which is being locked down at a trade meeting in Hawaii this week. That means it will take much longer for cheaper generic versions of key drugs to become available.

Cancer clinicians, the Medical Association and the Association of Salaried Medical Specialists have all expressed alarm about the impact of the TPP on the costs medicines, and have urged the government to ensure public health is protected.

A three-year international study shows the long term health impacts of contact sports like rugby. The study was commissioned by the International Rugby Board, and undertaken by Auckland University of Technology. It has found retired rugby players have more arthritis, more cardiovascular issues and more concussions than retired non-contact sports players. The participants also had their brain functions tested and former elite rugby players performed worse in four key cognitive areas.

Professor Patria Hume is a sports injury prevention expert at Auckland University of Technology; and Martin Rafferty is the Chief Medical Officer for the IRB.

Karen Middleton reports on the decision by the Premier of New South Wales to audit school prayer groups to counter potential extremist messages. 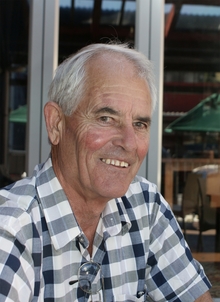 Graeme Lay has completed a fictional trilogy with his latest work- James Cook's Lost World. His series began with The Secret Life of James Cook and continued with James Cook's New World. The three books are based on the life and expeditions of British explorer James Cook and the enigma of a man who rose above his lowly origins to command a fleet of ships on three long voyages of discovery across the vast Pacific Ocean.

Graeme Lay is a full-time writer and editor. He has published short stories, fiction for adults and young adults and collections of travel writing. He has a deep interest in the history and cultures of the South Pacific islands.

The Song Collector by Natasha Solomons

Read by Susan Wilson and Uma Giri (Episode 8 of 12)

11:05 Marty Duda's artist of the week: Kitty, Daisy and Lewis

Siblings Kitty, Daisy & Lewis began recording when they were in their early teens. Their retro sound, built around old analogue equipment blends elements of jump blues, hillbilly, ska and 50s rock & roll. Both of their parents were involved in the English music scene…mother Ingrid Weiss was a member of post-punk band The Raincoats, while dad Graeme was a respected sound engineer. The trio have just released their third album, full of self-penned compositions and will play three dates in New Zealand this week.

Courtney Johnston discusses an exhibition about the seemingly endless appeal of cats on the internet and a new collection of essays by one of the founders of feminist art history.