The government has put KiwiRail on notice, giving it two years to identify savings and reduce Crown funding required. What is the future of the rail network and what is its importance to regional New Zealand? The Hawkes Bay Regional Council Chief Executive, Liz Lambert and chairman of Local Government New Zealand and Hastings Mayor Lawrence Yule. Joanne Black, spokesperson for KiwiRail, responds. 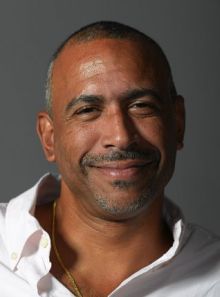 09:20 What do underprivileged communities need from their schools?

Professor Pedro Noguera from New York University is an educator and researcher whose work has largely focused on poor children, and why they have poor educational outcomes. He contends that low expectations can also lead to low outcomes, and that there is no point in repeatedly assessing children if that data is not going to be used to intervene. Professor Noguera says schools need to become community hubs, serving whole families, and he’s studied examples of this in a range of communities experiencing hardship in the United States.

Tom Mitchell from the Financial Times in Beijing reports on China's stock market crash and the drastic action by its government to intervene.

10:05 Psychosomatic illness and the very real power of the subconscious

British neurologist, Suzanne O'Sullivan talks about her most intriguing cases of psychosomatic illness.

The supermarket worker, 'Yvonne' who lost her sight, 'Camilla', the lawyer with the perfect life - except for her unexplained seizures, and the university student 'Shanina' who lost the use of her hand. Doctors found nothing wrong, but they weren't faking it. Suzanne O'Sullivan has been a consultant in neurology in the UK since 2004, and has just published, It's All In Your Head – true stories of imaginary illness.

The tale of a teenager's battle for identity after her mother sends her to live with relatives in a closed religious sect (5 of 10, RNZ).

Jeremy Taylor introduces a ragbag selection of tracks from the soundtrack to a record store and label from Belfast, the authentic country stylings of Eilen Jewell, Richard Thompson's new Jeff Tweedy-helmed solo set, and a bunch of rollicking songs o' the sea from local duo Wellington Sea Shanty Society.

Sports commentator Brendan Telfer talks the big game between the All Blacks and Samoa. There are calls now for a regular All Blacks tour of  various pacific islands.

11:45 The week that was with comedians Radar and Gemma Gracewood