09:05 Melbourne lawyer, Rob Stary, who is representing an Australian man who joined a jihadist training camp in Syria, and who now wishes to return home.

Adam Brookman is a trained nurse and a married father of five in his late 30s who goes by the name "Abu Ibrahim". He went to Syria in 2014, and claims his intention was to be a medic to help those injured in the civil war, but that he found himself in a training camp run by extremists. Rob Stary says if Mr Ibrahim comes home he could play a key role in helping deradicalise young people who may be tempted to join Islamic State, and also provide intelligence on jihadist groups. 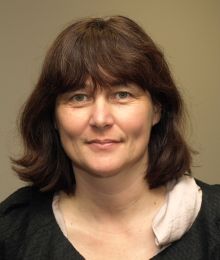 Helen Kelly has been at the helm of the CTU for eight years and is the Union’s chief spokesperson on many issues facing workers, including advocating for safe and health workplaces. Helen’s been a battler for women’s pay and employment equity through legislative and social change. She is now facing a very personal battle, after being diagnosed with lung cancer.

10:30 John McIntyre from The Children's Bookshop in Wellington

A Gardening Travelogue that moves from vegetables in Scotland, to grass in California, and a trans-Tasman garden in Wellington, meeting quirky characters along the way. Told by a botanist who describes himself as having 'a dynamic and romantic relationship with flora and fauna'. Michael Scott was born in New Zealand and lives in Gloucestershire, England where he strives to formulate practical action plans to preserve and revere the natural world. (10 of 10, RNZ)

Clocking up more than his share of Frequent Flyer miles, Grant Smithies heads to Portland, Oregon to check out the new album from Unknown Mortal Orchestra, then takes a time machine back to 1971 to reconsider The Rolling Stones' Sticky Fingers.

11:45 Comedians Te Radar and Michele A'Court look back at the week that was