Martin Gillman is an Auckland advertising consultant, and Phil Wallington is a media commentator, journalist and TV producer.

Phil Wallington is a media commentator, journalist and TV producer.

09:20 Scientists speak out about fears of attacks on freedom

Dr Nicola Gaston is the President of the Association of Scientists.

10:05 How the off-field support for professional rugby players is making a difference

Steve Symonds is the Personal Development Manager for the Hurricanes, one of 14 such managers at franchises around the country. They  work with players on their professional and personal development, and help prepare them for life after rugby.

John Schwalger is a Hurricanes prop and father of 3 who is preparing for his post rugby career and has been involved in helping at risk youth and in anti domestic violence programmes. 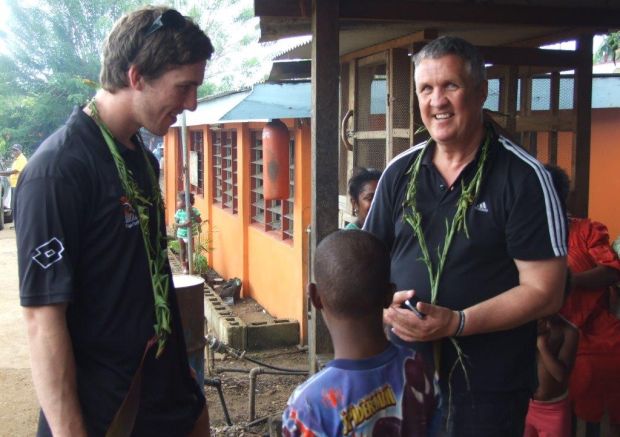 Steve Symonds and his son in Vanuatu

Andrew, a successful artist and sculptor prepares himself for a showdown with John, his ageing mentor.

Grant Smithies gets all misty-eyed over a classic from Sheffield band, Pulp, and also looks at new vinyl releases from Larry's Rebels, Bitch and Delaney Davidson, all due to be released next Saturday (April 18) to celebrate International Record Store Day 2015.

11:45 The week that was with comedians Te Radar and Pinky Agnew