Changes to the way child support is calculated come into effect on the first of next month and some single working parents on low incomes say they will be left far worse off. Helen Tyree is a Wellington Family Lawyer; and Linda, a single working mother from the Wairarapa who says she'll be $600 per month worse off under the new way child support is calculated.

09:25 The man sending humans on a one-way trip to Mars

Bas Lansdorp is a Dutch entrepreneur and engineer who's running the Mars One project, which aims to send humans to colonise the red planet by 2025. But it means, for the first crew at least, a one-way trip. Bas Lansdorp explains how the final 24 "astronauts" are getting selected for the mission.

Jeremy Clarkson's latest scandal – could he lose his role as Top Gear presenter? The Defence budget – a row has erupted over whether the government will keep defence spending to 2% of GDP; and British Prime Minister David Cameron has agreed to one seven-way debate but is being hounded by opposition leader Ed Miliband over his refusal to commit to more.

Dr Simon Young is a historian who's undertaking the biggest folklore survey of its kind ever undertaken, on behalf of the Fairy Investigation Society. The Society, which had its heyday in the 1920s and 30s, was an eccentric group that organised meetings, lectures, and discussions for collecting evidence of fairy life. Dr Young, a Cambridge-educated historian based at the International Studies Institute in Florence, has revived the society for a new fairy census - 60 years on from the last one. It's gathering details of as many fairy sightings from the last century as possible and to measure contemporary attitudes to fairies.

Participate in the fairy census at the Fairy Investigation Society website.

10:30 Book review: 'Wish You Were Here' by Catherine Alliott

Sarah Putt discusses if New Zealand really is number one for fibre broadband in the OECD, E-Commerce site promises 1-hour delivery, and the Apple Watch. 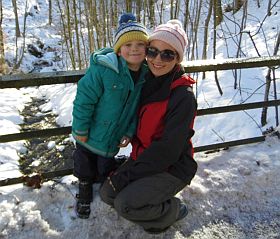 Victoria Scheule was 16 and pregnant. She's now a qualified primary school teacher and the mother of a seven year old. She credits the support she received from  He Huarahi Tamariki - a school for teenage parents in Wellington for allowing her to focus on finishing her schooling while helping to care for her son Carter.

Dan Slevin reviews: The Salt of the Earth, Unfinished Business, and gives his picks for the French Film Festival.