William Rolleston is the President of Federated Farmers.

In a recording released on twitter, Boko Haram's leader Abubakar Shekau has pledged his loyalty to Islamic State, saying, "We announce our allegiance to the caliph... and will hear and obey in times of difficulty and prosperity. "

EJ Hogendoorn of the International Crisis Group regularly travels to Nigeria to report on Boko Haram – he says corruption and poverty in Nigeria have made people more sympathetic to the group's call for an Islamic state.

10:05 Q Brothers on adapting Shakespeare for a hip hop generation

GQ and JQ make up Chicago's Q Brothers, whose award-winning hip hop adaptations of Shakespeare have toured the globe. They also run workshops for kids, in which participants work with an existing text, and adapt it using the language of hip hop with the ultimate goal of staging and performing their original adaptations. They're bringing Othello: The Remix to the Auckland Arts Festival in March. The brothers' previous shows include Funk It Up About Nothin', A Bomb-itty of Errors, and A Q Brothers Christmas Carol. GQ is an actor, writer and MC, and JQ a b-boy, writer and MC. They're from Chicago, and have also released a record, Feel Good Album of the Year. 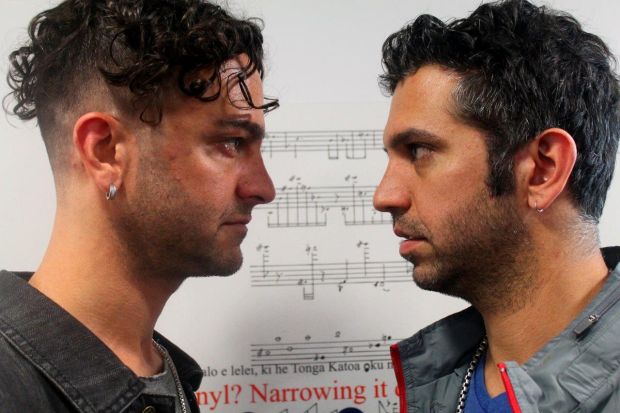 Radio New Zealand journalist Ceinwin Curtis reports from Police National Headquarters where a media briefing has been held on the 1080 blackmail threat.

Rising out of the ashes of The Buffalo Springfield, Poco formed in the late 60s and helped usher in country-rock. Bass player Timothy B. Schmitt went on to join up with the Eagles, who are in NZ this weekend. Also, just to make things confusing, original Eagles bassist Randy Meisner was also the original bass player for Poco… although he didn’t stick around long. Poco seemed like one of those bands that never would live up to their potential, and it wasn’t until Richie Furay and Jim Messina left the group that their fortunes changed. By then they were led by Rusty Young and Paul Cotton and they scored several sizable hits in the mid to late 70s. The band went through many personnel changes, with members coming and going at a dizzying rate. The band finally retired in 2013, leaving a legacy that establishes them as one of the premiere country-rock acts alongside The Flying Burrito Brothers, The Byrds, Crosby, Stills & Nash and the Eagles.

Links:
Download the 2015 Trends Watch from the Center for the Future of Museums
The Circuit podcast
The Dowse podcast
A History of the World in 100 objects
Modern Art Notes podcast
Te Papa channel
Art Critic Love Us On Yelp - On the Media