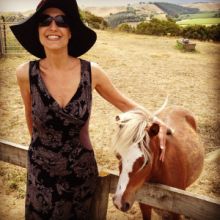 Lecretia Seales is dying of a brain tumour, and is lobbying the government to reform the laws on assisted dying. The 41-year-old Wellington senior public lawyer was diagnosed with cancer in 2011 and is having palliative chemotherapy. She believes it is a fundamental human right that she should be able to say goodbye to her husband and family at a time of her choosing and while she remains fully conscious.

09:20 AgResearch plans to build a seed bank as a safeguard against disease and climate change

Government scientists are proposing building a new seed bank to protect New Zealand agriculture for the effects of climate chance.

Dr Kioumars Ghamkhar is the director of the Margot Forde Forage Germplasm Centre at AgResearch's Grasslands facility near Palmerston North.

09:45 Our final cross with our long time US correspondent, Jack Hitt

10:05 A forty-year search for a childhood bully

Allen Kurzweil is a New York author and journalist who looked into what became of his childhood bully and discovered that his tormentor went on to be involved in a complicated, multi-million dollar scam where deception, manipulation and bullying were used to fleece money from its victims.

10:45 The Reading: 'Fainting and the Fat Man' by Vincent O'Sullivan

A story from the short story collection 'The Families'. Read by David McPhail (Part 2 of 2, RNZ)

Rod Oram has a wrap-up of the results season; an historic regulatory action in the US affecting the internet; and Irving Kahn, a legend of Wall Street, who has just died at 109 years old.

11:20 Are mushrooms the next plastics?

Ecovative mushroom products in New York is replacing plastic and styrofoam packaging materials with alternatives made from agricultural waste and the self-assembling glue in mushrooms - mycelium. The products are bio-degradable, non-toxic and cost competitive. Ecovative has won numerous awards, including World Economic Forum recognition as a Tech Pioneer and is partnering with Fortune 500 firms like 3M and Sealed Air. Last month Forbes included Ecovative's founders among 30 leaders under the age of 30 who are Moving the World.