Barak Barfi is a close friend of Steven Sotloff, one of the victims of the British, Islamic State militant known as Jihadi John. The jihadist has in recent days been unmasked as Mohammed Emwazi, a 26 year-old, Kuwaiti-born British man from west London. He has been identified as the person seen in beheading videos of Western hostages, including US journalists James Foley and Steven Sotloff, British aid worker David Haines, British taxi driver Alan Henning, and American aid worker Abdul-Rahman Kassig, known as Peter. The UK-based Muslim advocacy group Cage has claimed that contact between MI5 and Emwazi may have contributed to his radicalisation. But UK security services have also been criticised in recent days for not stopping Emwazi fleeing to Syria to join Islamic State in 2013. Barak Barfi is a spokesperson for the Sotloff family, and is also a a research fellow at the New America Foundation, where he specializes in Arab and Islamic affairs.

09:20 Should fundraising companies disclose how much of our donations they keep?

Most fundraisers who approach people on the street or go door to door, are working for professional fundraising agencies. The biggest of those is Appco New Zealand, which says last year it raised $900 000 for New Zealand charities and sporting groups. But these companies have been under fire for taking big cuts of the money raised on behalf of charities. So should they be disclosing how much they get? Sue Chetwin is the Chief Executive of Consumer New Zealand. Dennis McKinlay is the chair of the Fundraising Institute of New Zealand, which represents hundreds of charities as well as professional fundraising companies.

Deborah Patta reports on Rhino poaching on the increase; and the Upcoming Nigeria election.

Professor Richie Poulton has been appointed chief science adviser for the Ministry of Social Development. He is Director of the Dunedin Multidisciplinary Health and Development Research Unit, which conducts the Dunedin longitudinal study, one of the most detailed studies of human health and development ever undertaken.

10:45 The Reading: 'Fainting and the Fat Man' by Vincent O'Sullivan

A story from the short story collection 'The Families'. Read by David McPhail (Part 1 of 2, RNZ) 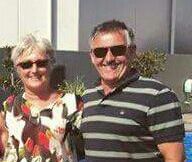 Mike and Bridget Parker grow organic grains at Broadlands Farm, Tolaga Bay, near Gisborne. They run Kiwi organics from their 700 acre East Cape property. The couple are second generation Tolaga Bay farmers and grow a variety of grains destined for bulk supply. They're self-taught in growing organic grains and along the ways have built a cornflour mill and export popcorn to Australia.