New Zealand artist Simon Denny is taking the international art scene by storm. He's only in his early 30's but has already had shows in the US and Europe, and the prestigious Museum of Modern Art in New York has recently bought one of his installations.

His first museum scale solo exhibition, The Personal Effects of Kim Dotcom, is open until Friday 19th December at the Adam Art Gallery in Wellington. The show takes up all three floors of the gallery and in it he recreates the entire inventory of items confiscated by police during the raid on Dotcom's mansion in January 2012.

Simon Denny is currently working towards next year's Venice Biennale, where he will represent New Zealand. 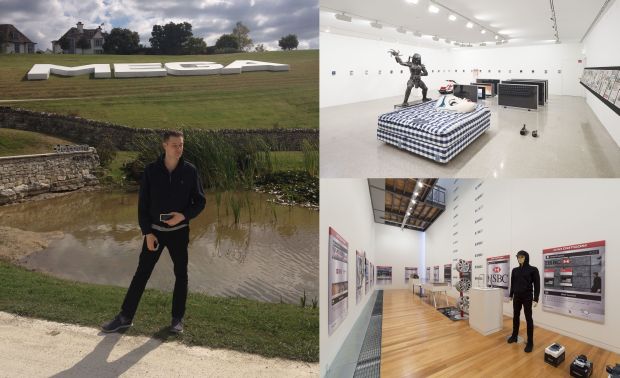 A memoir that is at once a self-portrait, a hymn to a vanishing New Zealand and a record of his meetings with people who influence his life and help make him the writer he becomes. All are larger than life. Some of them, like the author's mysterious Maori aunt, are good enough to bottle (7 of 15, RNZ, Touchstones will continue in the New Year)