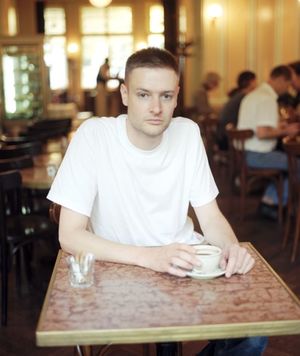 Simon Denny, who bases himself in Berlin, is currently working on his exhibition for next year's prestigious Venice Biennale, one of the world's leading modern art festivals.

He is the first installation artist chosen to represent New Zealand since the controversial choice of art collective et al in 2005, in which one of the pieces was a portaloo that brayed like a donkey.

Mr Denny's show for Venice is called Secret Power, based on the 1996 book by Nicky Hager about New Zealand's involvement in the Five Eyes international spy network.

He's reluctant to give any details about the exhibition as he says it is still in development, but it involves imagery related to the revelations of the National Security Agency (NSA) whistleblower Edward Snowden.

Mr Hager is travelling to Venice as a special advisor to the exhibition.

Much of Mr Denny's work focuses on internet culture, including his current exhibition The Personal Effects of Kim Dotcom which is showing at the Adam Art Gallery in Wellington until Friday 19 December 2014. 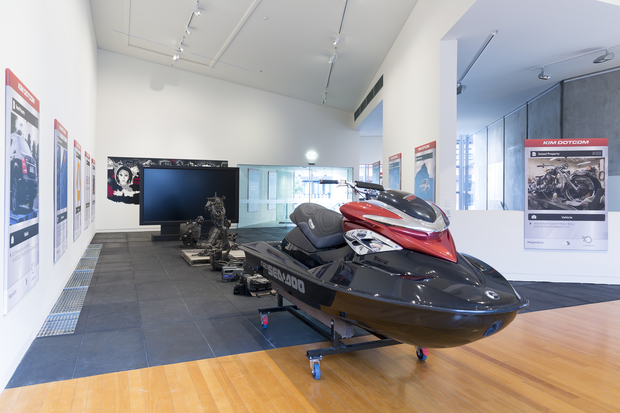 See a gallery of images from The Personal Effects of Kim Dotcom exhibition.

The Wellington show takes up all three floors of the gallery, and in it he recreates the entire inventory of items confiscated by police during the raid on Mr Dotcom's mansion in January 2012.

He spends a great deal of time moving in the tech world, and engaging with them on their terms... Young, tall, slim, enthusiastic, articulate, wearing jeans and sneaks and having a fondness for lanyards, he could easily pass as a start-up founder

Simon Denny talks to Kathryn Ryan about his work.