Nine To Noon for Wednesday 3 December 2014

Novellist Hector Tobar had unprecedented access to the 33 miners who spent 69 days trapped underground when the San Jose mine collapsed in Chile four years ago. All the miners survived following an epic multi-national rescue effort during the process, NASA and the Chilean navy submarine corp experts were called in to help to address the psychological toll the isolation can take on the miners.

The mens' three-month ordeal began with a massive explosion when a block of stone as tall as a 45-storey building broke away from mountain falling through the layers of mine, sealing them inside. Their rescue 69 days later, was a massive feat of hope, engineering and survival. It was watched live by a billion viewers around the world, as a purposed built capsule was repeatedly lowered down a shaft, each time bringing a single miner to the surface. A few months after the rescue, Hector Tobar got to speak to each of the 33 men, and he's captured their stories in his book, Deep Down Dark – The Untold Stories of 33 Men Buried in a Chilean Mine, and the Miracle That Set Them Free. 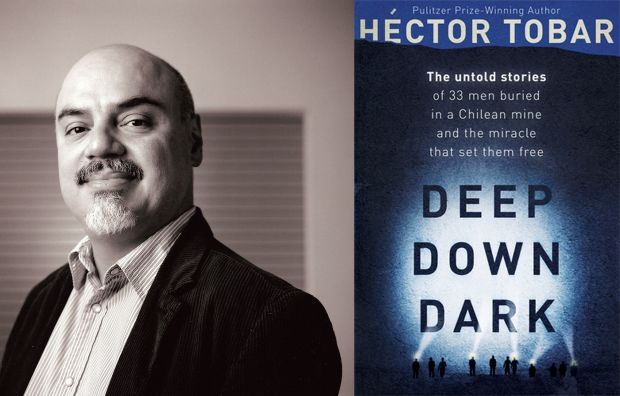 Reviewed by Anne Else. Published by Head of Zeus.

After resigning to go abroad, a journalist finds his life on hold as he joins his family in Central Otago, waiting and coming to terms with the impending death of his father (8 of 10, RNZ)

Bob Seger has made a name for himself as a blue-collar, hard-hitting rocker with a sensitive side. A product of the Detroit rock scene of the 1960s that spawned The MC5, The Stooges and The Rationals. Bob Seger began releasing records in 1966, but his big breakthrough didn’t come until a decade later when his live double album, 'Live Bullet', became a staple on American album-rock radio stations. From there his popularity soared thanks to albums like 'Night Moves', 'Against The Wind' and 'Nine Tonight' and heartland rockers like 'Old Time Rock & Roll', 'Hollywood Nights' and 'Her Strut'.

Bob Seger has just released a new album, 'Ride Out', his first in eight years. He and his venerable Silver Bullet Band are back on the road, touring until at least next February.

The 40th anniversary of Fingers, one of the world's longest running contemporary jewellery galleries, and Michael Parekowhai's lighthouse sculpture for the Auckland waterfront.