Brewster Kahle is an American computer engineer, Internet entrepreneur, internet activist, advocate of universal access to all knowledge, and digital librarian. He is the founder of the Internet Archive, a non-profit digital library that provides free public access to collections of digitised materials, including websites, music, moving images, and nearly three million public-domain books.

10:35 Book review: The Woman Who Stole My Life by Marian Keyes

After resigning to go abroad, a journalist finds his life on hold as he joins his family in Central Otago, waiting and coming to terms with the impending death of his father (3 of 10, RNZ)

Hailing from Nelson, the three piece electronica act started 15 years ago as a covers band, but when they added a drum machine to the mix, drummer Ruth Carr was moved to the front of the stage as the band’s vocalist. After several EPs, the group released its debut album The 88 in 2003. Over the intervening years, the band released four albums, with their most popular track being 2009’s 'Aotearoa'. Several other songs have been used in various TV shows both locally and internationally. The band recently announced their retirement and are playing their final two shows in Auckland this week.

11:30 The laws around family violence - are they enough? 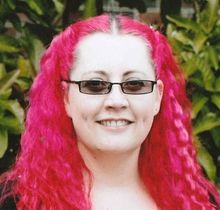 Siouxsie Wiles discusses the controversial US bill that will stop independent scientists from advising the Environmental Protection Agency (EPA). (Photo University of Auckland.)