A meeting is under way in Washington DC of military leaders from 22 countries, including New Zealand - to thrash out a strategy to counter the advance of Islamic state militants.

Anthony Cordesman is a former national security advisor to Senator John McCain and has worked extensively for the government and NATO in the Middle East.

09:20 Building industry crying out for apprentice builders and associated trades

Ruma Karaitiana is the Chief Executive of BCITO - Building and Construction Industry Training Organisation and Mark Cochrane owns MJC Construction Limited. The BCITO was appointed by Government to set standards and develop qualifications for the building and construction industry in New Zealand.

The building industry is going through a period of expansion and says there's an ever growing need for apprentices, but the demand far outweighs the supply. There are currently 9000 apprentices in training spread across the construction industry and associated trades ... it the Building and Construction Industry Training Organisation says a further 3000 are needed to fulfil the demand for qualified builders in the short term.

BCITO Chief Executive Ruma Karaitiana says there is a constant stream of builders looking out for potential apprentices - in part fueled by a leap in residential building consent from  32,000 in the year to June 2011 to 44,000 in the latest June year.

Concetta Antico is an artist with a rare condition called tetrochromacy. It means she can see colours that others can't – some call it Super Human vision. While most people can differentiate around a million colours, Concetta can see 100 million different shades. A tetrochromat has a fourth colour vision receptor in their eyes and often also possesses superior night vision. Scientists have studied her and are particularly excited by the way she can use paint to depict how she sees things. The Australian-born painter lives in San Diego, California where she exhibits at her own gallery. 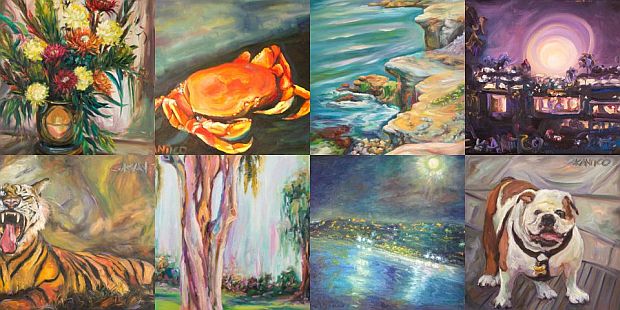 Scott returns to Hubei Province with his wife’s ashes. There he confronts the memories of the terrible events that brought them together. (3 of 10, RNZ)

Inspired by the country-punk sounds of 80s bands like The Blasters, Green On Red and The Long Ryders, Willy Vlautin formed Richmond Fontaine in 1994 after moving to Portland, Oregon. Often compared to fellow alt.country rockers Son Volt, Richmond Fontaine have released 10 studio albums between 1996 and 2011 full of the yearning literate songs of Vlautin. Willy Vlautin is also a novelist and short story author and his songs are full of world-weary characters who also sometime show up in his books. Willy’s latest project, The Delines features vocalist Amy Boone along with members of The Decemberists and Richmond Fontaine. Their album, Colfax Avenue, has just been released and they are set to perform at Auckland’s Tuning Fork this Friday as part of their month-long Americana Festival.

Andrew Scott Howman asks can an employer be judged for a staff member's actions outside the workplace?

Researchers turn faecal transplant into frozen poo capsule that can be taken orally, and the outbreak of a polio like disease in the US.