Nine To Noon for Tuesday 9 September 2014

As the United States and Britain prepare to send troops to help contain West Africa's Ebola outbreak, those on the ground are wondering whether that kind of intervention will be enough to help contain an epidemic that is spiralling out of control. Ebola has spread from Guinea to Sierra Leone, Liberia, Nigeria and Senegal and killed more than 2000 people. Caitlin Ryan is a spokesperson for Medecins Sans Frontieres in Liberia. 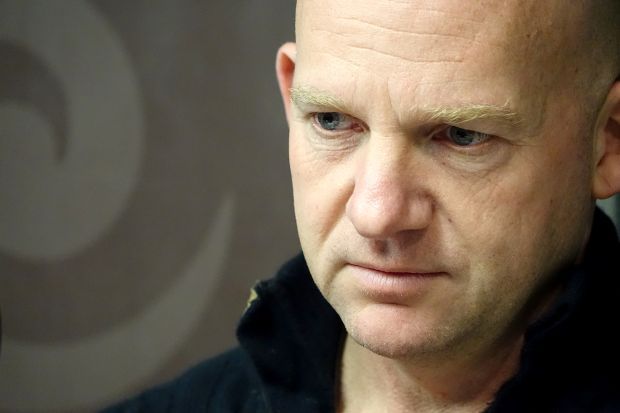 Science writer and editor of Australian Geographic, John Pickrell, on whether birds are really dinosaurs. 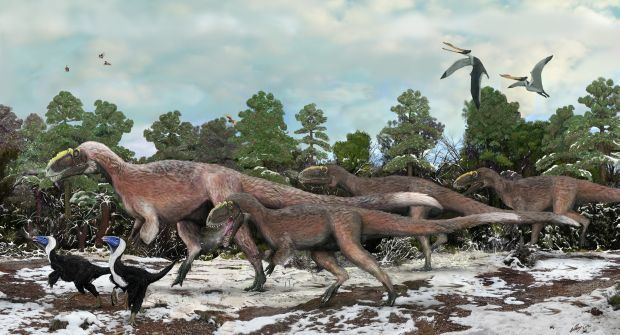 Yutyrannus border patrol. A nine metre long early relative of the T-Rex that stalked northern China during the the early Cretaceous period. The Ytyrannus had fluffy feathers. Image by Brian Choo.

Diane Rowe is hired by Karen, an ex-con who was convicted of killing her son and attempting to kill her daughter. The same one she now wants Diane to find (Part 1 of 12)

Rod Oram discusses the fiscal strategies of National and Labour.

Aboriginal actor, playwright and screenwriter Tony Briggs wrote the acclaimed play and film The Sapphires, based on the life of his mother and aunt. It tells the story of a singing group of four Koori women who tour Vietnam during the war. It was inspired by the true story of his mother, Laurel Robinson, and aunt, Lois Peeler. He has just been in New Zealand as a guest of the Tropfest short film festival, where he spoke to up-and-coming filmmakers about how to get their projects off the ground.

Gavin Ellis discusses clever election coverage from one of the country's smaller papers, and should journalists protect people from themselves?