09:05 Is it all over for the Conservative Party?

John Key has confirmed National will not accommodate the Conservatives in East Coast Bays. So where does this leave Colin Craig and his Conservative Party, which is currently hovering around 2 percent in the polls. To get into parliament the party needs to win either 5 percent of the votes, or an electorate seat.

David Hines is the spokesperson for the Secular Education Network; and Phil Harding, president of the New Zealand Principals' Federation.

09:35 Stress in the U.S workplace rings warning bells for NZ

Dr Ben Snyder is lecturer in Sociology & Social Policy at Victoria University. He shadowed truck drivers, Wall Street traders and unemployed workers in the United States for several months, reveals the precarious nature of America's workforce. A lecturer in Victoria's School of Social and Cultural Studies, Ben is turning his experiences, originally documented for his PhD, into a book, which examines how the American workplace has changed over the last 30 years. He believes the experiences of United States workers reflects a wider global trend, to which the New Zealand workplace is not immune.

The story of four convicts who stowaway and then get dumped on an uninhabited Pacific Island. (Part 6 of 12)

11:30 The old time drovers who moved stock around the country and helped shaped a nation

Author Ruth Entwistle Low has explored the history of droving in her new book On the Hoof, the Untold story of drovers in New Zealand. Jack Curtis started work as a drover as a child in the 1940s. 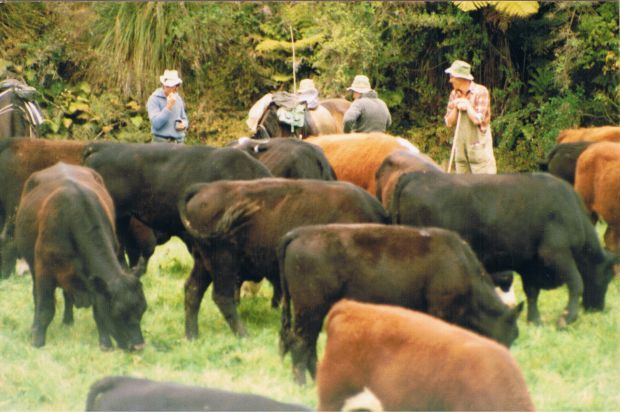 Allan Crawford and his droving crew snatch some lunch along the route to Paparoa in 1984. by Shaun Reilly.

The 2014 campaign television leaders' debates; The Herald's major photo error; and Labour has promised a review of the Copyright Act in its election policy.