09:05 Splits evident between primary and secondary sectors over education plan.

The government's $360 million flagship education policy involves paying some teachers and principals extra to improve education across groups of schools, but after several months of consultation on the details of the plan, the primary school staff union the Educational Institute, and the Principals' Federation now say they have no confidence in it.

09:30 The Galway historian who revealed 796 children died at a home for unwed mothers in Tuam

Catherine Corless researched the death certificates and found that 796 children from the home died between 1925 and 1961 – but that there were no burial records. It is believed the childrens bodies may have been put in a mass grave in an old septic tank, where bones were discovered in 1975. 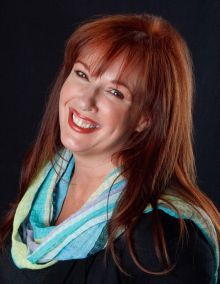 American Deborah Rodriguez is the author of three books, founder of the charity Oasis Rescue and has been a hairdresser since 1979.

In 2002, she went to Afghanistan after the fall of the Taliban with an American nonprofit group Care for All, and ended up helping to build and run the first modern beauty school and training salon for Afghan women. This became the subject of her first book which was a bestseller. She also opened a coffee shop in Kabul, which became the inspiration for her fictional second book, The Little Coffee Shop of Kabul. Debbie Rodriguez fled Kabul in 2007 after threats to her safety and eventually resettled in Mexico, where she founded Oasis Rescue – an NGO which trains women in hair and beauty with the aim of giving them the skills to support themselves and their families. She's written about this latest chapter of her life in The House on Carnival Street, just published.

A love triangle and mid-relationship disappointments precipitate a violent split between long-term friends Peter and Ralph. (Part 7 of 12).