09:05 The call for Auckland's port to be moved north 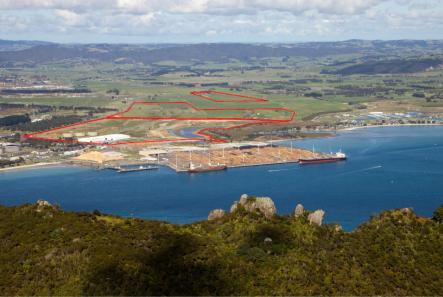 Mike Daniel's proposed space for Auckland port to be relocated to Northland. (Click on the image to see a larger version.)

David Kilgour,  former Canadian MP who has investigated the practice; and Dr Ian Dittmer, transplant nephrologist and renal clinical director at Auckland hospital. He is also a signatory of the Declaration of Istanbul which seeks to end the taking of kidneys and other organs for transplant from executed prisoners and the black market in organs.

10:05 Ports of Auckland to contract out work on its wharves

Richard Pearson, chairman of Ports of Auckland on the announcement that the strike-hit port will push ahead with its plan to contract out work on its wharves, in a move that will affect almost 300 workers.

10:20 Kay Schubach - Australian who was trapped in a relationship with a dangerous partner

Author of Perfect Stranger - the true story of how she fell for the epitome of the bad boy and paid the ultimate price.

11:05 The Council of Trade Unions responds to Ports of Auckland's decision to contract out work on its wharves

Helen Kelly, president of the CTU.

Artist of the Week - The Dirty Three

The Dirty Three have a new album, Toward The Low Sun, just out this week, and will perform in Auckland at The Powerstation next Wednesday 14 March. Originally from Melbourne, they are comprised of violin player Warren Ellis, guitarist Mick Turner and drummer Jim White. Marty recently interviewed Warren Ellis. For more info, check out his website www.13thfloor.co.nz

A look at sculpture, which seems to be having an international moment.